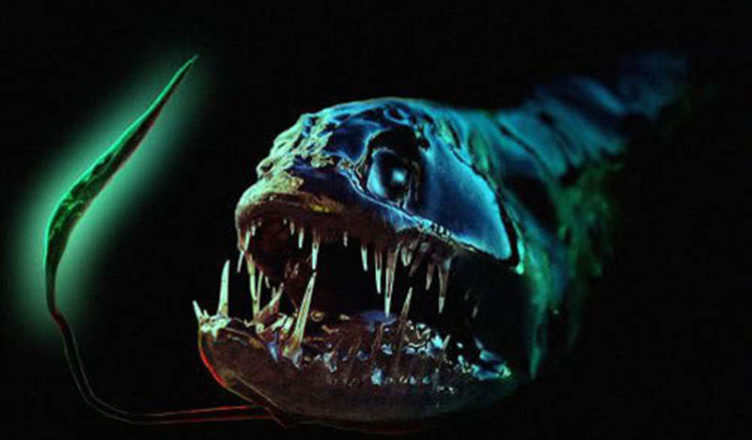 The Black Dragonfish is probably the only one animal that has inspired the creation of a dangerous movie character which has given sleepless nights to many. We will see how dangerous the fish can be to its preys.

(1) The Black Dragonfish might have inspired the creation of the character in Alien but is nothing as fearful or intimidating as the Alien.

(2) The Black Dragonfish, Idiacanthus atlanticus, is comparatively a small fish which has a head that looks like the Alien but lives too deep in the ocean to be dangerous to humans.

(3) The female grows to a length of around 40 cm while the male measures only 5 cm in length. There are many differences between the male and female of the species.

(4) The Black Dragonfish is probably the most sexually dimorphic species. The females are dark and have stripes, whereas the males are brown in color and lack the stripes.

(5) The fish doesn’t have scales like the other fishes. Hence it is highly slippery.

(6) The females have canine teeth, pelvic fins, and The males don’t have these, nor do they have a digestive system. Their only purpose seems to be for reproduction. 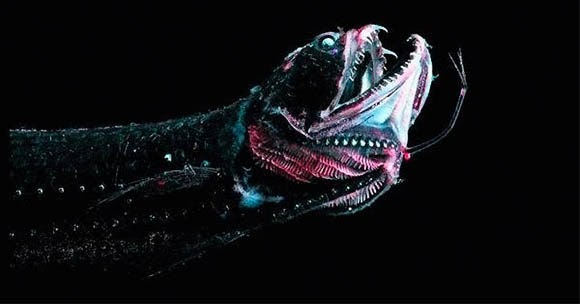 (7) The female Black Dragonfish does a daily vertical migration to the surface of the ocean at night and returning in the day. The males do not migrate.

(8) The Black Dragonfish are found everywhere on the earth usually at a depth of around 2000 meters.

(9) Like all the deep-sea fishes, this species also produces light from its body.

(10) Unlike other fishes, this fish not only uses the light to attract preys but to see the preys and attack them. They can see their own light. 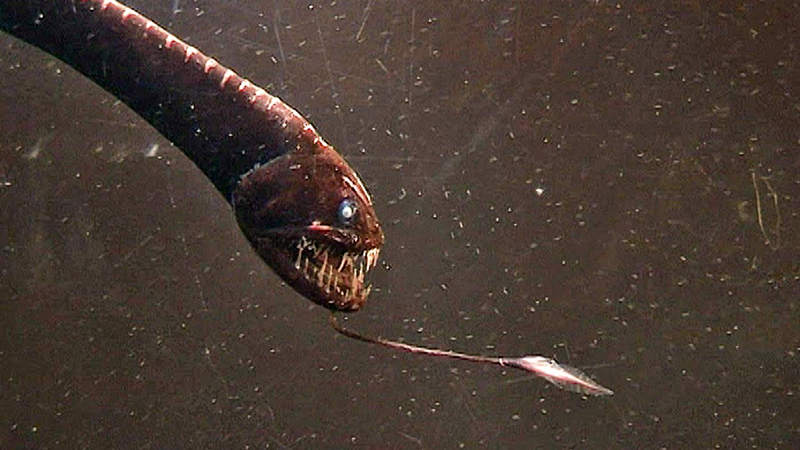 (11) The fish produces light which is in the infrared range and hence cannot be seen by other animals or fishes.

(12) The Black Dragonfish is covered with photopores in its lower and upper side of the body. These light up when the fish is disturbed.

(13) This species of fish is the only one to have chlorophyll in its eyes. These pigments are only found in plants.

(14) In the larval form, the fish has eyes which are attached to stalks as long as the body but later retreat into the skull as it metamorphizes into adults. 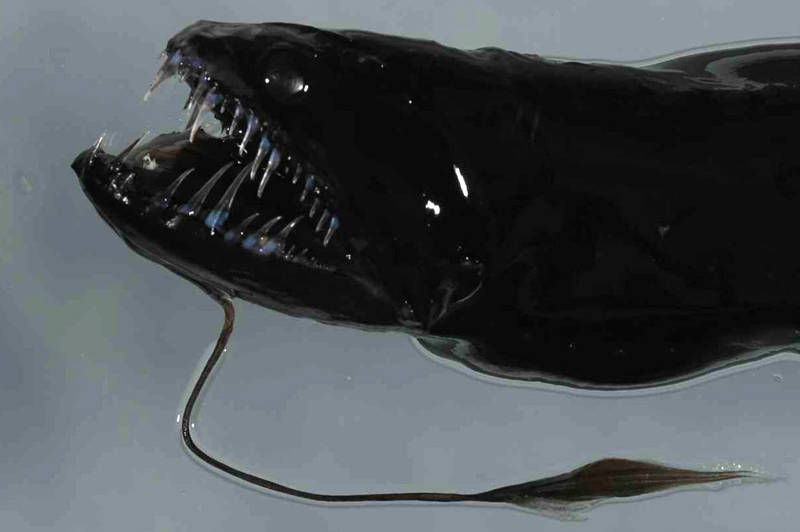 (15) The fish feeds on planktons, marine invertebrates, insects, insect larvae, shrimps and squid. They are scavengers and so will feed on any flesh which is on the ocean floor or floating.

(16) The Black Dragonfish has sharp teeth which it uses to scrape algae off the rocks and feed on them.

(17) The barbell which also can light-up is used as a lure to attract prey. 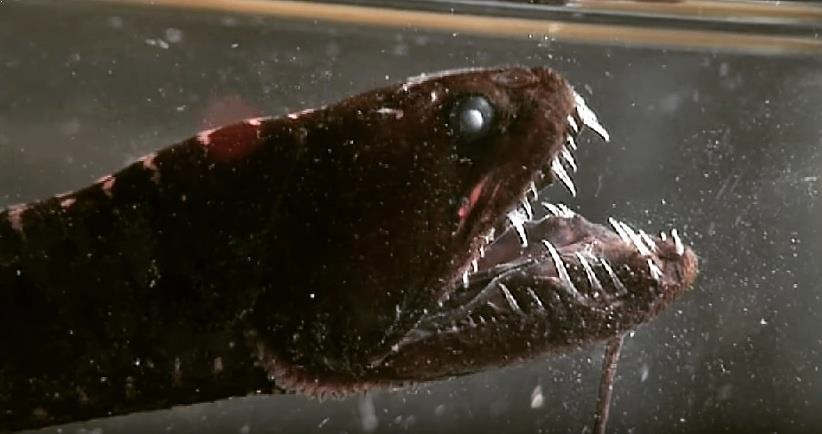 (18) The main predator of the Black Dragonfish is the Red Flounder fish which is seen at the bottom of the ocean. The only defense the fish has is the light it produces. It lights up all over the body to escape from the predator.

(19) Not much is known about the reproduction patterns of the fish. It is believed that the female lays its eggs and the males fertilize them. The eggs float to the surface where they remain till hatching.

(20) The larvae of the Black Dragonfish tend for themselves and return to the depth of the ocean when they are mature.