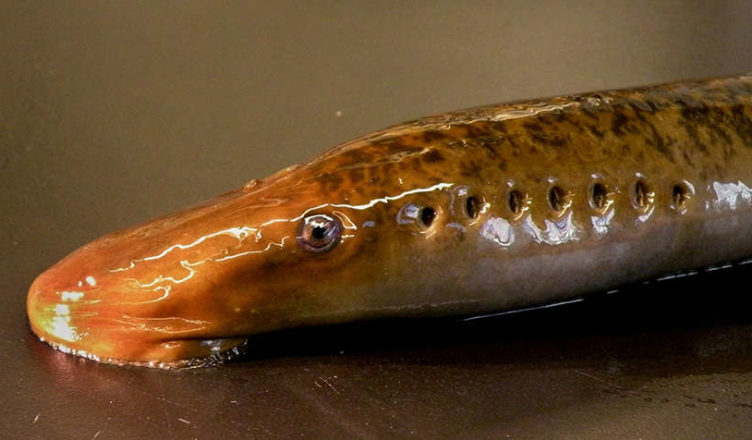 This parasitic fish is responsible for having almost destroyed the fish population of the Great Lakes. Special efforts are being taken to prevent the proliferation of this parasite so that the fishing economy can be saved.

(1) The Sea Lamprey scientifically called Petromyzon marinus is a parasitic type of Lamprey which is found in the Northern Hemisphere.

(2) They are identifiable by their eel-like body with dark olive or brown-yellow coloring on the top and sides, and a lighter color on the belly. They have paired fins. 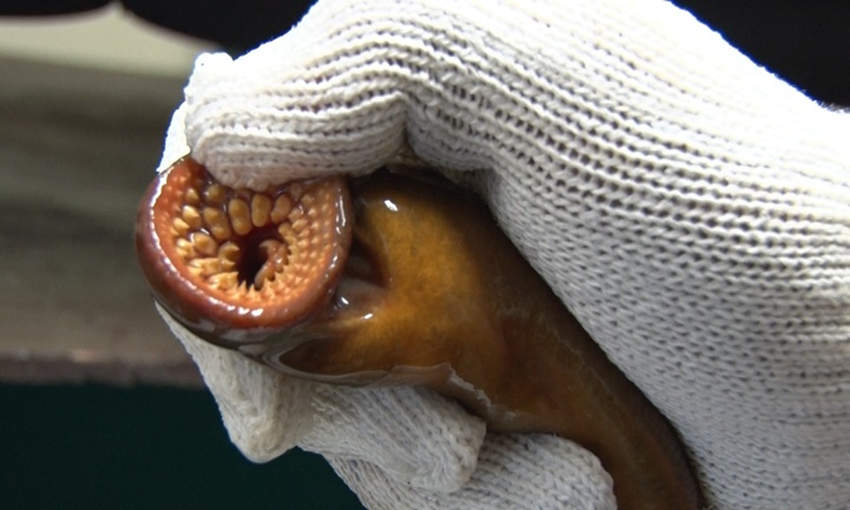 (3) They have a round mouth without any jaw. The mouth can be wider than the head and has teeth arranged in many consecutive circular rows.

(4) Unlike other fish, the sea lampreys don’t have scales, fins or gill covers. They breathe through 7 pairs of small gill openings situated behind the mouth.


(6) The adult moves to the freshwater rivers to lay their eggs and die there. The eggs are laid in a nest built by the adult male in areas of fairly strong currents.

(7) The larvae lay burrowed in the sand for many years. They feed on the planktons and detritus. They metamorphize into young adults and move to the sea.

(8) The average life-cycle of a Sea Lamprey is around 5 to 8 years from the egg stage to the adult stage. The adult life is around 12 to 20 months.

(9) The adult Sea Lamprey is a parasite that attaches itself to fishes like the trout with its wide mouth. The teeth and tongue help it to rasp away the scales and tissue from the fish’s body. 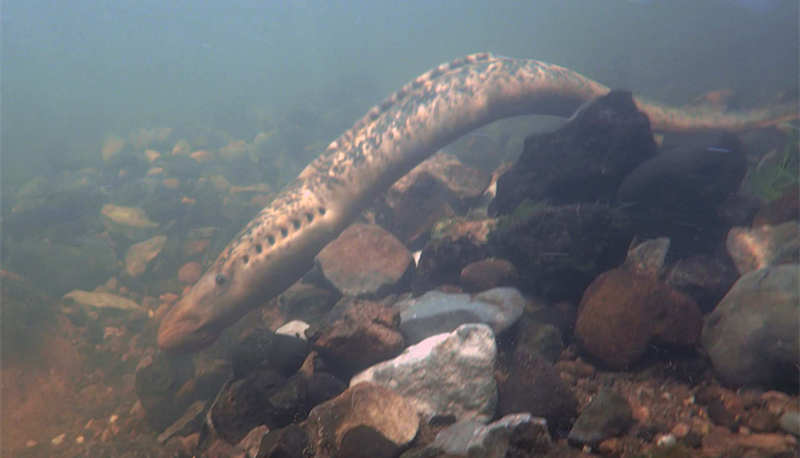 (10) The hosts of the Sea Lamprey usually die of blood loss or infection. The Sea Lamprey produces a chemical in its mouth called Lamphredin which prevents the victim’s blood from clotting.

(11) The amount of fish killed by the Sea Lamprey every year is huge. Each one can kill around 40 pounds of fish every year.

(12) The Sea Lamprey is found in North and West Atlantic Ocean, The Mediterranean Sea, The Black Sea and the Shores of the Great Lakes. 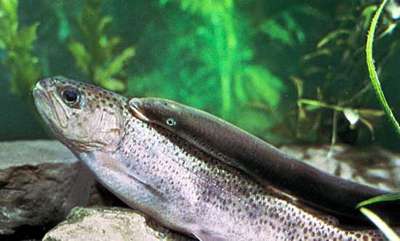 (13) The Sea Lamprey is not a native of the Great Lakes and entered it in 1929 when the Wetland Canals were constructed to improve connectivity and boost the economy.

(14) The Sea Lamprey started to be studied and researched after it wreaked havoc by killing a huge amount of fish in the lakes. The fishes in the lakes where a major source of economy for the region.

(15) They prey upon all kinds of large fish like the trout, salmon, yellow perch and catfish. 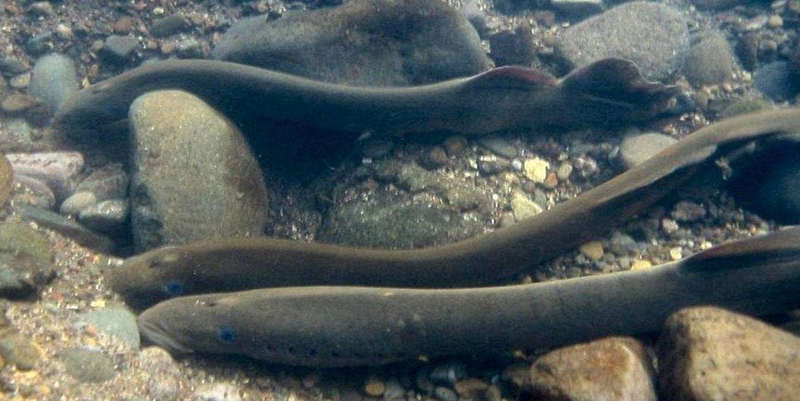 (16) The entry of the Sea Lamprey into the Great Lakes destroyed the fishing industry in the area during 1940 – 1950.

(17) Because of the destruction to fishes, scientists devised methods to kill the Sea Lamprey at various stages.

(18) A Chemical TFM which is termed as a lampricide is being used in the streams where the larvae are found, to kill them.

(19) Electrical barriers are also used to prevent the movement of the adults from swimming to the spawning areas.

(20) Various traps are laid to catch the male Sea Lamprey and sterilize them.