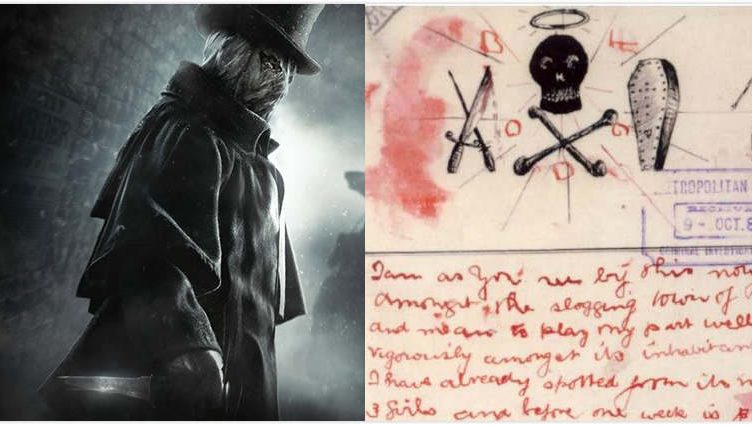 The serial killings done by Jack the Ripper in the late 19th century in Whitechapel, London remains to be one of the most dreaded and mysterious crime incidents in the history of mankind. While there were many mysteries associated with the serial crime, the most intriguing mystery were the letters that were received by local newspapers and the Victorian Police, which were supposedly being sent by the killer himself. Here are 20 facts about the Jack the Ripper letters from hell. 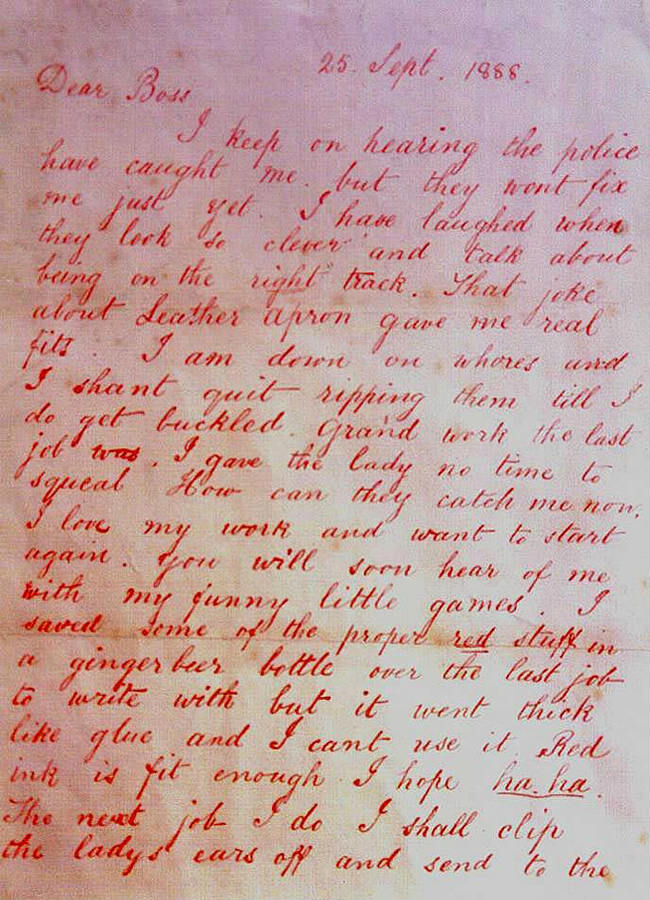 (1) Although the police and news agencies had received thousands of letters, most of them were hoaxes written by pranksters intending to goad the police. About 300 letters are still preserved at the Corporation of London Records office.


(2) Of the many so called Ripper letters, three letters hold prominence. Owing to the content and style of writing these three letters were thought to be actually written by the psycho killer.

(3) A common thing about all the three letters were the lack of literary prowess, the use of red ink and the taunting style that was used by the writer to mock the police and speak high of his deeds.

(4) The three letters are famous as the Dear Boss letter, the Saucy Jack postcard and the From Hell letter. 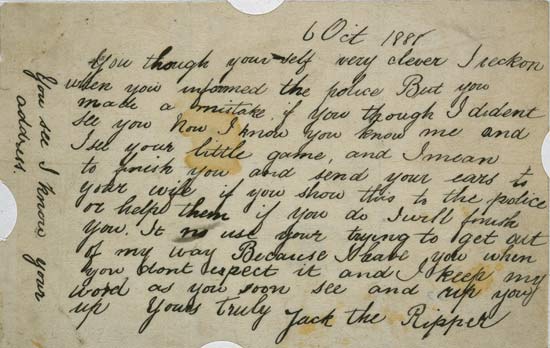 (5) The Dear Boss letter was sent to the Central News Agency on 27th September, 1888. The postmark was for the same day.

(6) The author had mentioned about chopping off the ears of his next victim, and that is exactly what happened after three days of this letter was being sent. One of the earlobes of Catherine Eddowes, who was killed by Jack the Ripper on 30th September, 1888 was found to be sliced off.

(7) The Dear boss letter holds immense importance in the whole episode of serial murders, as in this letter the author identified himself as Jack the Ripper for the first time, the name which was to remain in the folds of mystery for years to come. 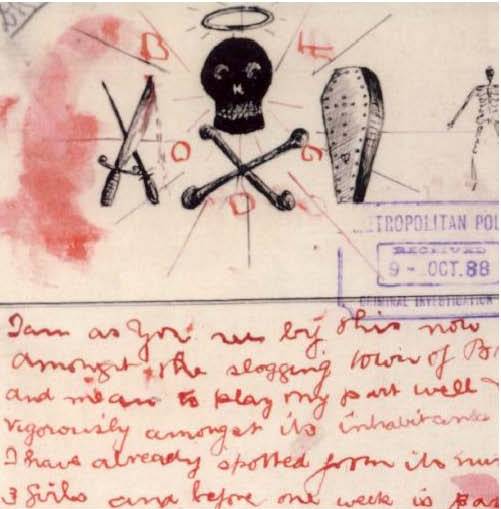 (8) The letter mocked the police for not being able to catch the serial killer and making false stories to the public. It also spoke about his next victim and how eager he was to ‘get back to work’.

(9) The second famous Jack the Ripper letter was the Saucy Jack postcard, which was received by the Central News Agency on 1st October 1888.

(10) The letter mentioned about a double event that was instrumented by the psycho killer.

(11) The day before the letter was sent, the murders of Catherine Eddowes and Elizabeth Stride had taken place. 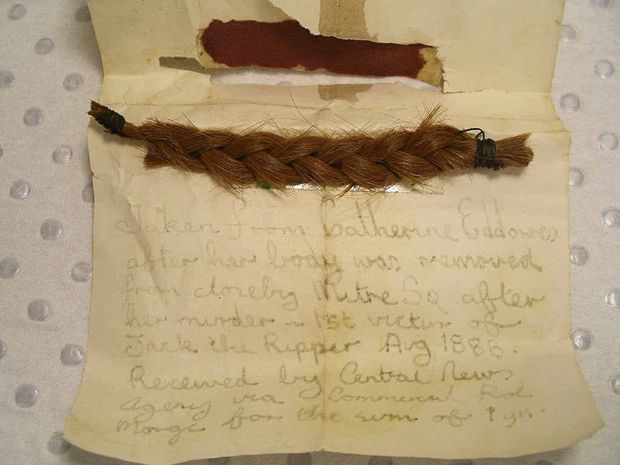 (12) The author of the letter mentions himself as Saucy Jack and mocks the police yet again for keeping the last letter with them.

(13) There is a mild controversy related to the Saucy Jack postcard as many people think that this letter was sent by some prankster. This was quite possible as the details of the 30th September murders were made public by the media and anyone could have copied the writing style and wrote about the murders that had already happened.

(14) The most famous and most creepy of the three Ripper letters is the From Hell letter, which was received by the head of Whitechapel vigilance Committee, George Lusk on 16th October 1888. The letter had the postmark of 15th October, 1888.

(15) The letter got its name from the first two words on the top it, which read ‘From hell’. 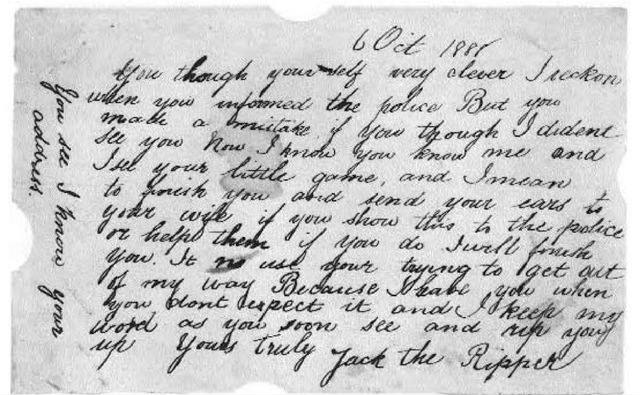 (16) The most disturbing and eerie part of this letter was the way it was being sent to Mr. Lusk. It came in a small box that contained half of a human kidney along with the letter.

(17) Unlike the previous letters, this letter was left unsigned and was full of misspellings and grammatical errors, more than the last ones.

(18) The letter contained the horrific tale of how the killer had fried and eaten the other half of the kidney before sending the remaining half to Mr. Lusk. 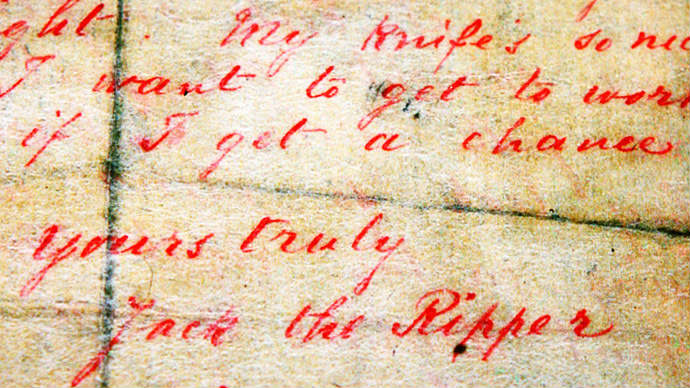 (20) All the letters and other artifacts associated to the murder mystery got lost or stolen. Only the Dear Boss letter got returned by an anonymous individual in 1988, 100 years after it was sent.