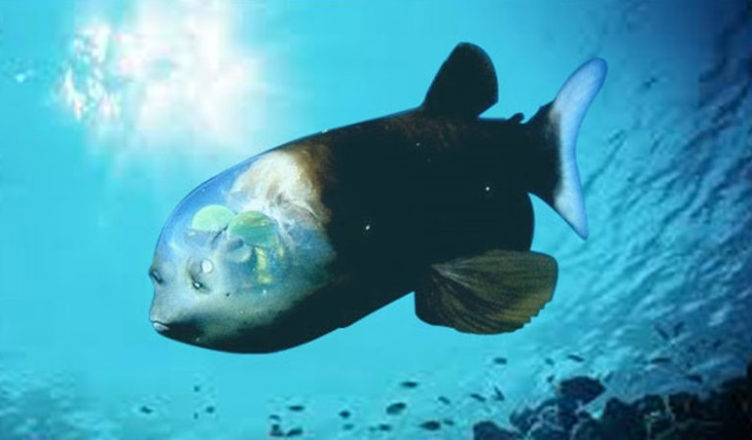 The Barreleye fish is a rare water creature found in the Pacific Ocean. The fish was first discovered by a marine biologist in 1939, but its presence is revealed to the public in 2004. The Fish has rare features that make it really a specific sea creature found in deep water. It has a transparent head which is really see through and its eyes are tubular. These facts seem difficult to believe but it’s true, and the fish is considered having the weirdest appearance, among all the creatures in the deep sea. Like other fishes, the Barreleye fish also have some unique qualities that help them to survive in the deep sea. These characteristics are as following: 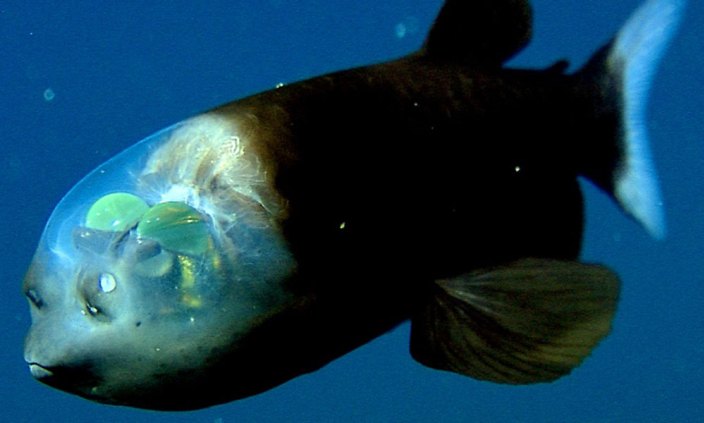 (1) Intense Vision: As we discussed, the eyes of Barreleye fish are different from the other fishes, so its vision is also powerful than other creatures. They can easily see the smaller things from the deep sea because of their binocular vision. The special eyes are made up to see even a so far thing clearly.


(2) Capability to Stay Still: The Barreleye fish can stay motionless that means it stuck in the deep sea and hold its pressure easily. This quality helps them to stay alive in the hard deep sea pressure. 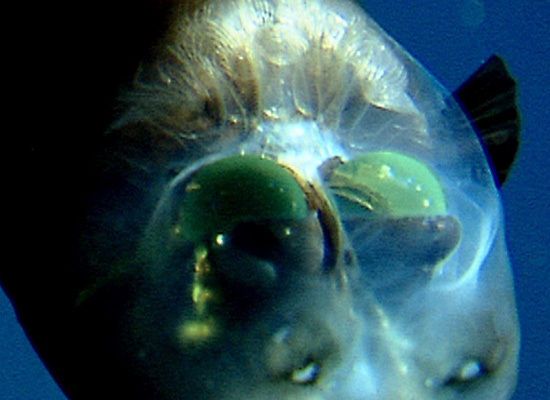 (3) Food Thieves: According to the scientist, the Barreleye fish steals its food from the small creatures like siphonophores.

(4) Transparent Head: Her transparent head protects its eyes from the stings of siphonophores. So the head act as a shield for the fish’s eyes. It looks steady on its prey and moves straight upward to catch it easily. 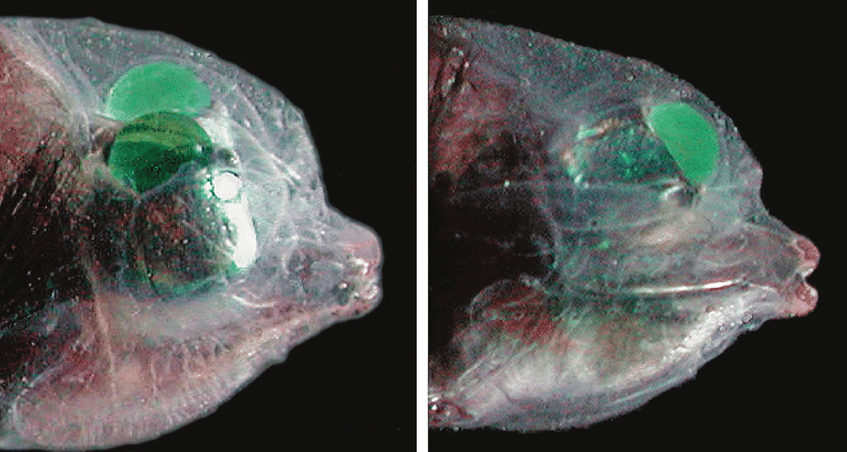 (5) Cleaver Haunting Technique: The fish moves very carefully from the stings of its prey with the help of its fins and caught the prey easily to get the food from it. It mostly targets the tiny sea creatures to eat such as jellyfish and cnidarian. Its small mouth looks like it can’t grab easily, but it’s really picky while hunting its prey.

(6) Behavior: The fish like to stay alone and still, away from the other creatures that save him from the sea hunters.

(7) Re-Production: The female fish lays eggs and the males release their sperm and the fertilization of eggs done in water. They float near the shallow deepness and move to the larger depth after being an adult.

(8) Ultra-Sensitive Eyes: The eyes are in tubular shape and are embedded in the head. The fish can see upward and downward easily. They are ultra-sensitive to energy light and help it to distinguish between the sunlight and the light emitted by other sea creatures. That means the fish can’t be hunted by using any light illusion, because it can differentiate between the artificial and natural lights easily. 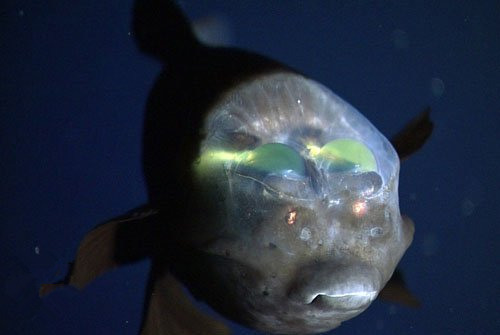 (9) Feeding:  The fish only looks forward, when it’s feeding its little ones, but due to its transparent head, it’s difficult to guess where it is looking exactly. This feature saves it from being the prey of others.

(10) Larger Fins: It has larger silver fins for staying motionless and hunting with much speed and accuracy.

So these are the characteristics of Barreleye Fish that are normally helpful to survive.