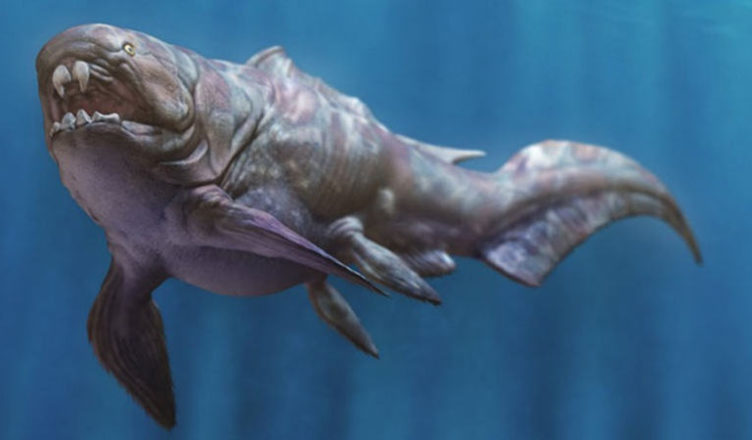 The Dunkleosteus is a genus of fish straight from the sci-fi movies. They are huge growing up to about 6 m and weigh around a ton. They are armored and have teeth like structures that are deadly even for the biggest of the preys. They probably did not have any predators other then themselves considering the bite force that they can inflict on any animal. They lived in almost all the oceans in the world. They had everything that could help them survive in the wild ocean world of large fishes. 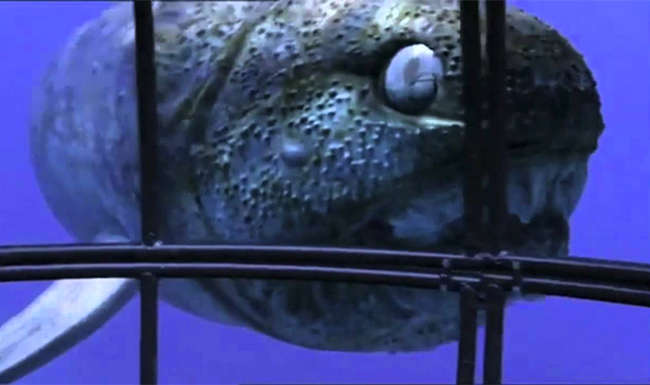 (1) The first fact was that this giant of a fish could live anywhere in the world which made it immune to most climatic conditions. That itself is a great characteristic aiding its survival.


(2) They had armored plates all over its body extending up to the tail. This protected it from predators and from other individuals of its own kind. Evidence show that they either fought for control or to feed each other. 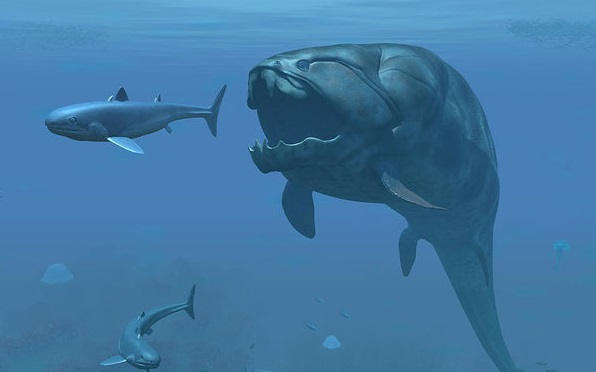 (3) The peculiar thing about this super predator is that it didn’t have teeth. But it had a couple of pairs of bony plates extending from its armor which acted as the teeth.

(5) As if the bite and the teeth were not enough, these armored giants could open their mouth with such a speed that it created a vacuum so powerful it could suck in even large prey. It could swallow the prey in whole. It could regurgitate the bones and other undigested parts of the prey.

(6) The bony plates which acted as the teeth or called by the scientists as fangs, sharpened themselves with every opening and closing of the mouth. They scraped against each other sharpening them in the process. 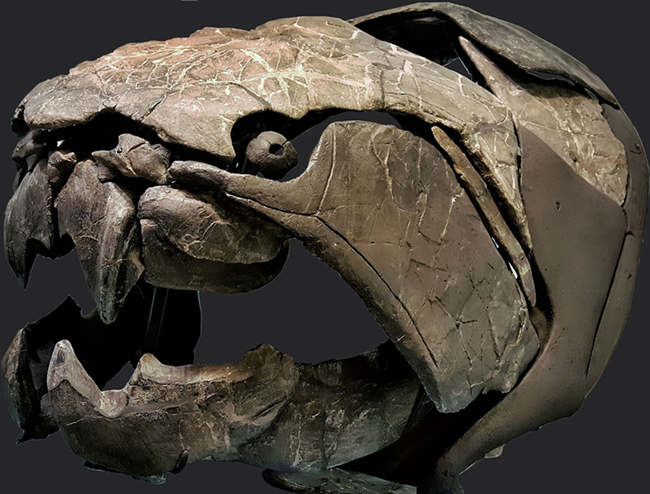 (7) It had a four-bar linkage for its jaw opening which allowed it to open its jaws to any width to enable it to swallow its prey in full without having to cut them up. This helped in sucking in even large prey.

(8) Another feature of the Dunkleosteus which enable it to survive anywhere is that it could eat anything it wanted. From small fishes to large sharks everything was prey for this fish. 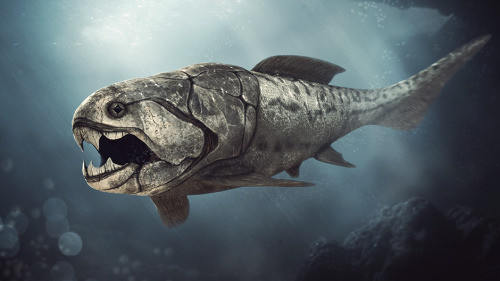 (9) The Dunkleosteus are believed to be cannibalistic. From the injury marks found on certain fossils it is evident that the injuries were inflicted by their own kind. This makes it certain that they attacked each other for food.

(10) The fish was built to such a huge size that no other marine being of those times could have been its predator. The Dunkleosteus had the weight to match its massive size. Their size and armor plates would not tempt any predator to try to attack them.