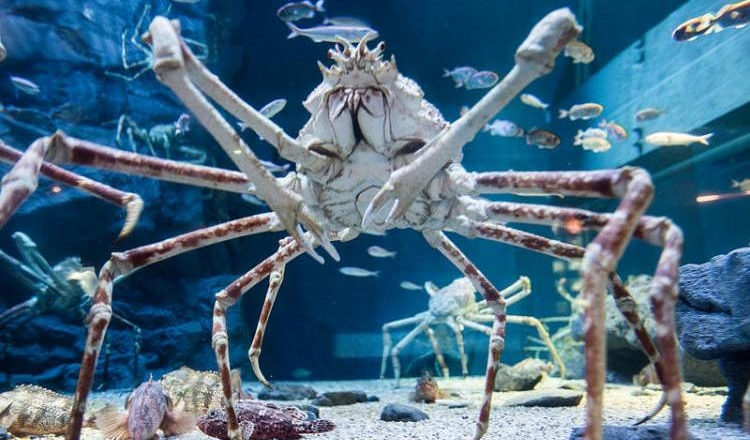 Giant Japanese Spider Crab is a bigger crab and they are the largest living type of arthropod. But not the body but they have large legs and it can grow up to 4 meters and a fully grown body can reach the size up to 37cm with 44 pounds body weight. This type of spider comes with an orange body and has white spots on the large, thin legs.

(1) They are generally the habitats of the bottom Pacific Ocean. They mostly found in the Japanese archipelago and they feed on the shellfish and the dead animals. Even they live in the 150-800 meters depth of the sea, they also found in the 200 to a 300-meter depth of the sea. But they lay eggs in the 50 meters of shallow water, in the spring.

(2) They are completely different and unique in feature from the other spices of crabs.

(3) They are really tough to catch as they can dwell at the dark depths. They caught generally during the spring season as they come up to the shallow water in this time. 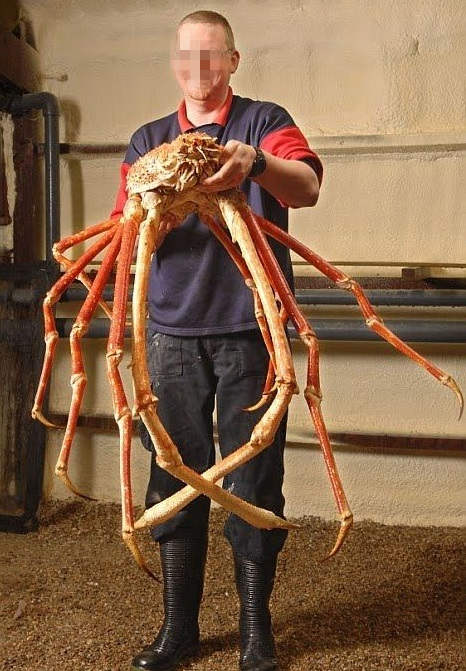 (4) To survive they use the smartest method, camouflage. They are wild and giant in size and have a treat from the octopi. They decorate their usual shells with the sponges and also with the bodies of another animal in order to protect themselves. They even look like the ocean floor or rock in color sometimes to create camouflage.

(5) It also sheds the exoskeleton as they grow up. They shed their skin like the snakes. A soft, new skeleton develops under the older exoskeleton. As they shed out the older one, the new one grows by pumping in the water of the sea to get harder. 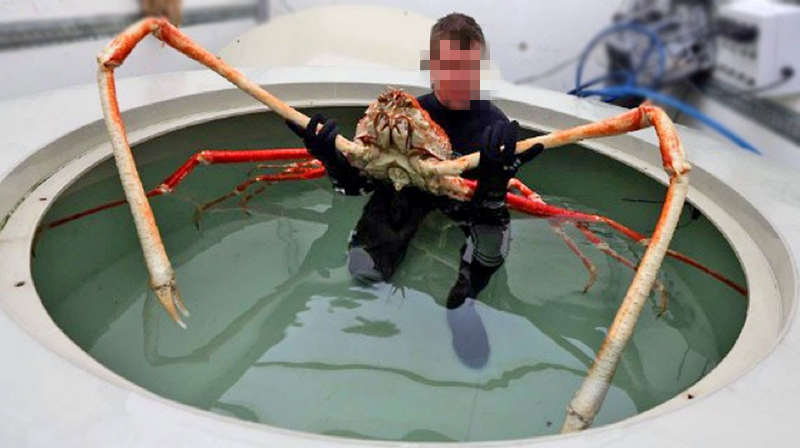 (6) This change gives more room for the crabs to crabs while providing good protection.

(7) They are not at all the picky eaters but eat almost everything that crosses their way like the dead fish, shellfish, ocean plants that found on the floor of the ocean and also the algae by opening their strong and sharp claws.

(8) They even eat the dead bodies of the people or sailor that found on the ocean bed. They are the real scavengers. They actually belong to the group that known as ‘decorator crabs’ and they called that because of their capacity for creating camouflage. 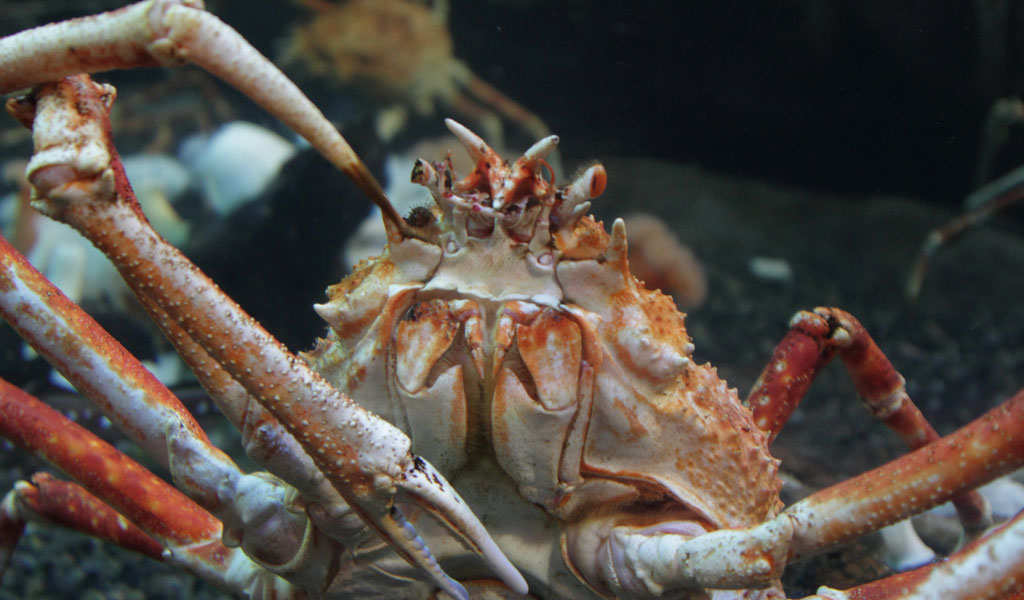 (9) Female crabs have a wider abdomen than the male ones. They carry out the eggs attached around their tummy until they are ready to hatch as the legless, tiny larvae that generally foal as the plankton in the ocean. In the mating season, a female giant crab can lay 1.5 million eggs but their process is internal fertilization.

(10) They can live up to 100 years. They look weird but not as terrifying as they look or even they are quite gentle in attitude. They have long, large legs but they are not strong enough and can break down easily but they can even survive with a number of broken legs or the missing legs. Without legs, things become harder for them to survive.