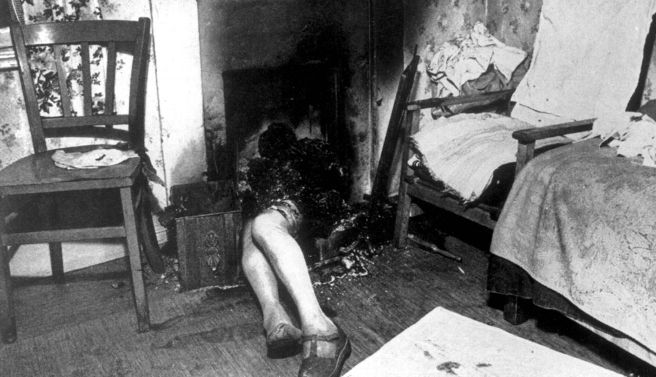 The world is full of strange things! One of the many strange phenomena that surround humans is spontaneous human combustion or SHC. Without any noticeable source of ignition, the phenomenon by virtue of which human bodies get combusted i.e., catch a fire is called a SHC. While many people relate this to paranormal activities, certain people look for the science behind it. Here are top 10 real stories of spontaneous human combustion in the history of mankind.

The death of Pennsylvania based physician John Irving Bentley in December 1966 is one the best cases of reported SHC. The elderly physician was found turned to ashes with just the lower leg and a slipper escaping from getting burnt. 90% of his body had burnt, reasons to which was not known by anybody. His house was not on fire; his pipe was kept far away from his bed

Worried maids of Countess Cornelia Di Brandi broke into her room one morning in 1731 to discover the countess lying dead. She was a victim of SHC with her whole body burnt to ashes. The only exceptions were three of her fingers, lower leg and a bit of the head. Nothing else in the room was burnt. The candles had lost the wax with just the wicks standing, pointing to the fact that they were not the source of the fire.

Salesman Jack Angel of Savannah, Georgia woke up one morning to find his arm and back covered in burns. He had also developed a burn hole in his chest. The clothes that he was wearing were intact. As per doctors, the fire had originated from his left arm only. The incidence happened in 1974.

This is first reported case of Spontaneous human combustion that dates back to the 15th century. Italian knight Polonus Vorstius after drinking two ladles of wine started vomiting fire and gradually got burnt to death.

In December, 1956 Honolulu based Paraplegic Young Sik Kim died from a blue flame that burst out of his stomach. The incidence was witnessed by a neighbor who had come to pay a visit to the 78 year old handicapped man who was confined to a wheelchair. By the time the neighbor could bring in some help, the fire had burnt both Kim and his wheelchair to ashes, sparing both his feet only.

Indian baby Rahul Karnan had suddenly caught fire when he was just9 years old. The fire started spontaneously in the form of a flame on his belly and the right knee. Before his terrified father could turn the fir off, it did burn some part of the sensitive skin of the baby. The same spontaneous combustion has occurred thrice with the same victim.

Florida based 67 years old Mary Reeser was discovered charred to death by her landlady in1951. Her skull had shrunk to the size of a tea cup, her left foot and the backbone were left, and everything else had turned to ashes. Surprisingly, nothing else had burnt inside the room, not even a pile of newspaper that was stacked nearby, although the temperature had shot up to 3000° F.

Irish citizen 76 years old Michael Faherty died in December, 2010 owing to a spontaneous human combustion that left nothing of him but a pile of ashes. He was found burnt dead near the fire place and only the floor and ceiling above him had burn marks. As per the coroner, the furnace was not the source of the fire.

Fireman George Mott of Crown Point, NY while watching an episode of ‘The Twilight Zone’ had commented to his friend that why something like this does doesn’t happen to him. His wishes got heard and he was found burnt to death in his room while he was watching the same television series. Nothing but his shrunken skull and one rib was left and the whole body had burnt. As like other cases of SHC, everything else in the room was untouched and intact.

Doris Lee Jacobs had suffered 95% burns on her body as she suffered an attack of SHC in her trailer home in Occano, CA. The incidence had happened in Aug, 1966. In spite of the whole body of the poor woman getting burnt to ashes, the inside of the trailer remained undamaged, with partial scorches here and there.