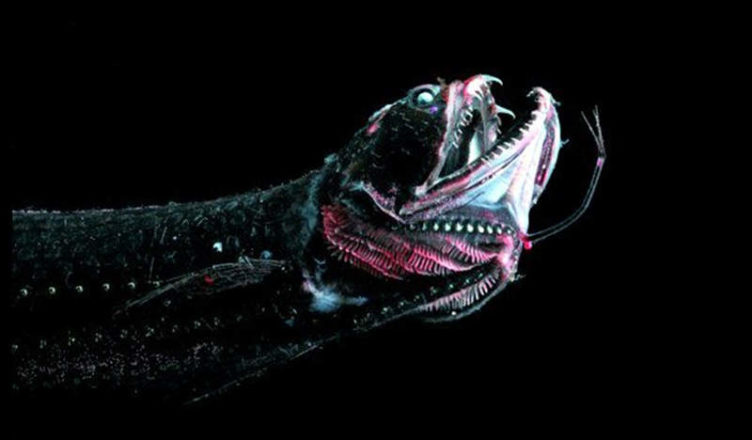 Survival characteristics are very important for all animals. Each one is endowed with these depending on the ecosystem that it lives in. There are some appendages that help these animals to find their food and protect themselves from predators. Many animals also develop methods to protect their eggs and larvae so that they can become adults.

The Black Dragonfish may look intimidating, but its small size and the presence of larger predators make it vulnerable to attacks too. They are gifted with some features that help them in surviving odd conditions. 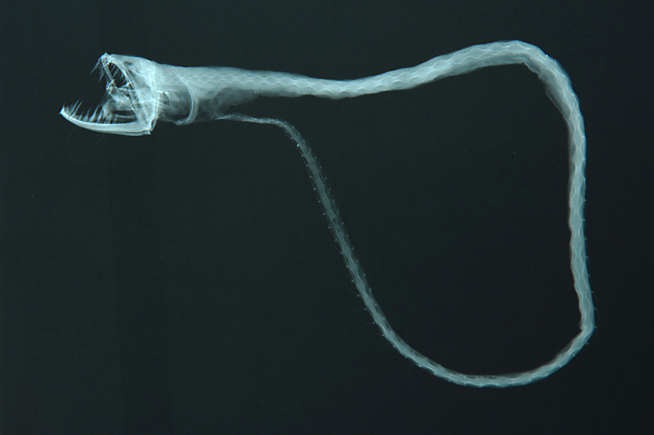 (1) Probably the one feature that helps the Black Dragonfish most in its survival is its ability to produce light, or the fact of being bioluminescent. It produces light using the photophores which are small indents on the body.

(2) This fish differs from most of the other organisms as it produces light that is red in color or closer to infrared. Most organisms in the sea don’t have the ability to see the red This helps from predators and from prey knowing their presence. 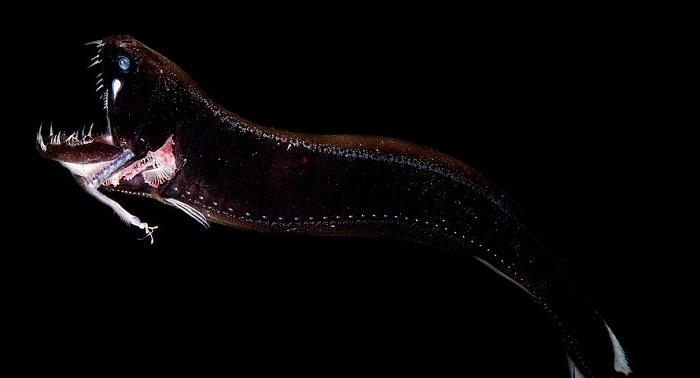 (3) The Black Dragonfish can see the light clearly unlike other animals where only others can see. The Dragonfish uses this light to search its prey and kill them. The prey cannot see it due to the red light it emits.

(4) As the red light vanishes easily in the depth of the sea, other organisms cannot see the Black Dragonfish easily, protecting it from attacks by predators. 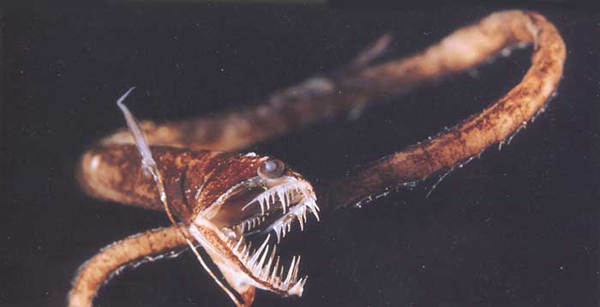 (5) One of the main predators of this fish is the Red Flounder Fish. The Black Dragonfish escapes the predator using its bioluminescence. The lights come from all over the body through the photophores.

(6) The female of the species has a barbell which extends from under its mouth. The barbell can also emit light, luring prey to the fish. 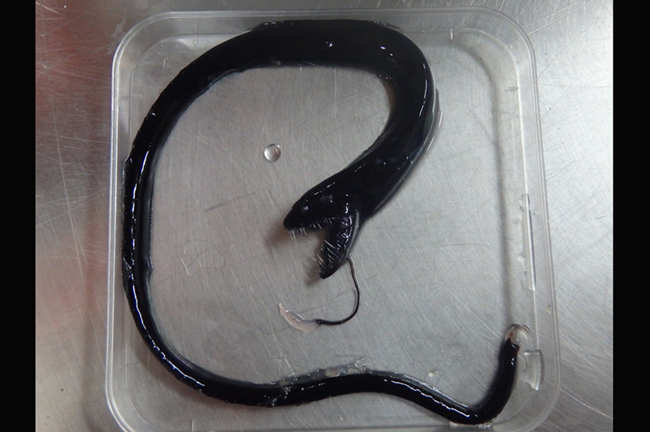 (7) The mouth of the Black Dragonfish is also special. It has a long jaw that can open to a large width. This allows the fish to swallow prey that is almost as big as itself. The lack of skin in the lower jaw reduces the resistance in water when they catch the prey. It helps them close the mouth faster. The teeth of the fish protrude outside its mouth.

(8) The larvae of the Black Dragonfish are often been seen schooling together. This will protect the larvae from attacks and help in their survival. 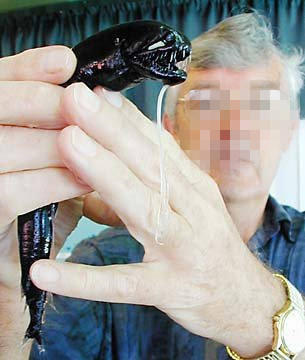 (9) The larvae have a different type of eye, unlike the adults. Their eyes are placed at the end of stalks as long as their bodies. This helps the larvae to have a better vision of all the sides.

(10) The reproduction in the Black Dragonfish happens with the fertilization of the egg outside the body. The females lay the eggs on the ocean floor which are fertilized by the males. The eggs then rise to the surface of the ocean to become larva which will return to the deeper ocean only when they become adults.