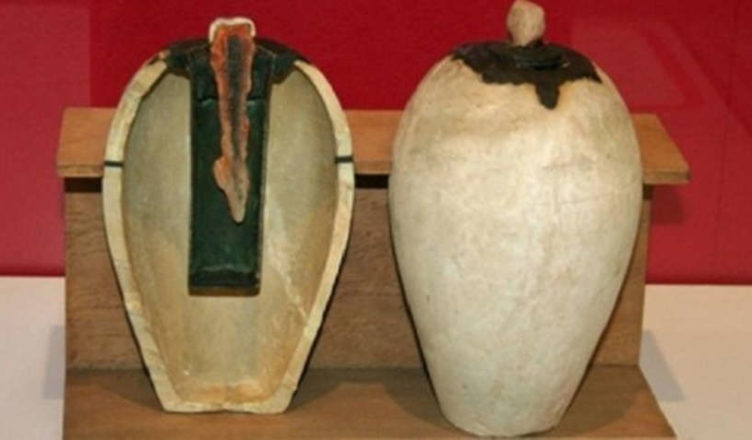 The Baghdad Battery happens to be a strange artifact that is also referred to as the “Parhian Battery”. It was discovered in Iraq, close to Baghdad, in Khuyut Rabbou’s village. There are mixed feelings and much debate about the purpose of the Baghdad Battery. Know about 20 mystery facts related to this artifact.

(1) It was supposed by the director of the National Museum of Iraq, Wilhelm Konig, that these were used in primitive times to electroplate gold onto silver items. However, the claim is not yet proven and there is a lack of evidence to support it.

(2) According to Ancient Astronaut theorists, similar artifacts might have been in use for offering light in the pyramidal chambers of ancient Egypt.


(3) It was “invented” close to the Sassanid or Parhian periods.

(4) A dozen of such artifacts could be found, and the exact purpose of the batteries remains a subject of controversy.

(5) Some researchers feel that the artifacts, which look like terracotta pots, were actually used as batteries.


(6) Vinegar, grape juice or lemon juice was possibly used as acidic electrolyte for the production of electric current.

(7) Dr. Arne Eggerbrech from Hildesheim’s Pelizaeus museum made an experiment with a replica of these batteries and could produce 1 – 2 V electricity with thin silver layers and grape juice used as an acid. 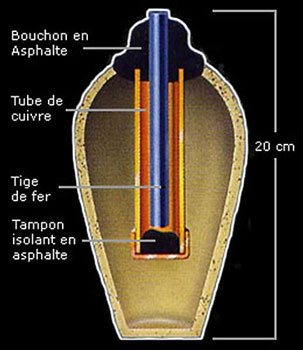 (8) If these were actually used as batteries, these would be older by 1000 years to the electrochemical cell of Alessandro Volta.

(9) Research indicates that rotted papyrus scrolls within such vessels could have resulted in acidic organic residue.

(10) Exact replica of Baghdad Battery can be made even today with small changes.

(11) It is possible to find many other artifacts similar to Baghdad batteries all through ancient Mesopotamia, which were primarily used for storing papyrus. 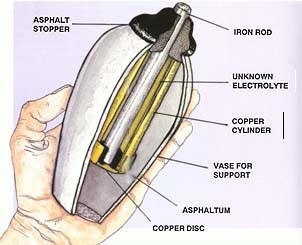 (12) These batteries, if indeed used for electricity generation, were invented about 2,000 years prior to the documented production of electric current.

(13) The artifacts could produce a “random” pulse for acupuncture, which could be sensed through the needles.

(14) The artifact was found as a small-sized clay jar about 15 cm long and having a bitumen stopper sealing it.

(15) The jar had a copper cylinder and an iron rod, both of which displayed signs of severe corrosion just like the metals had witnessed acid exposure. 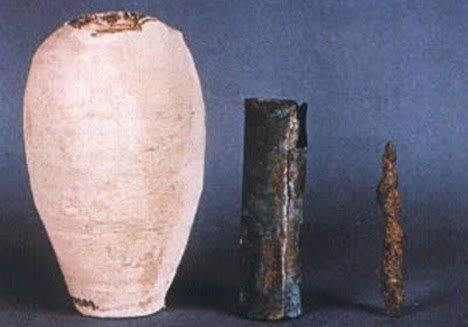 (16) König proposed that various jewelry items of the ancient period might have been produced by this method.

(17) He proposed that many artifacts of this type might have been linked in a series connection to generate enough power.

(18) Since Willard Gray’s test with using grape juice as an electrolyte solution, it has been repeated a number of times but with lemon juice solution.

(19) The battery was showcased at a Germany exhibition in 1978, with the catalogue and Display stating clearly that it was used for electricity generation in the ancient period.

(20) In 2005, the Myth Busters TV program on the Discovery Channel found that it might have been utilized for electroplating.