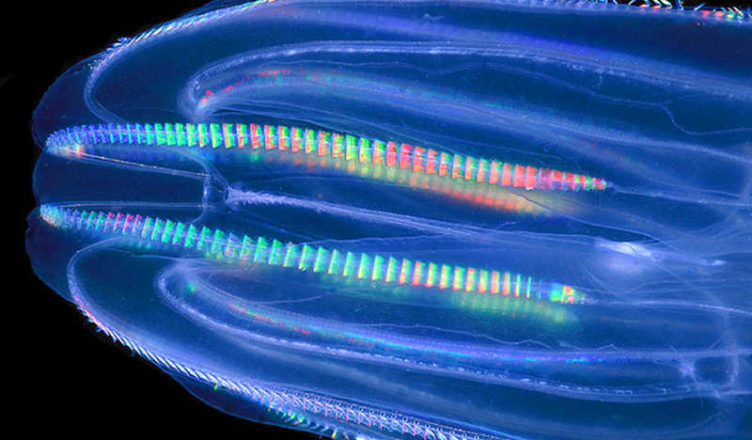 This is one jellyfish that you can touch without fear of getting stung. The comb like cilia add to their beauty and bounces light to give a rainbow effect.

(1) The comb jellyfish which are classified under the same phyla Ctenophora can be found in oceans around the world. About 100 to 150 species have been validated.

(2) The name comes from the group of cilia which appear like combs, that the jellyfishes use for swimming in the water. Most of the species have eight rows of combs running the length of their bodies. 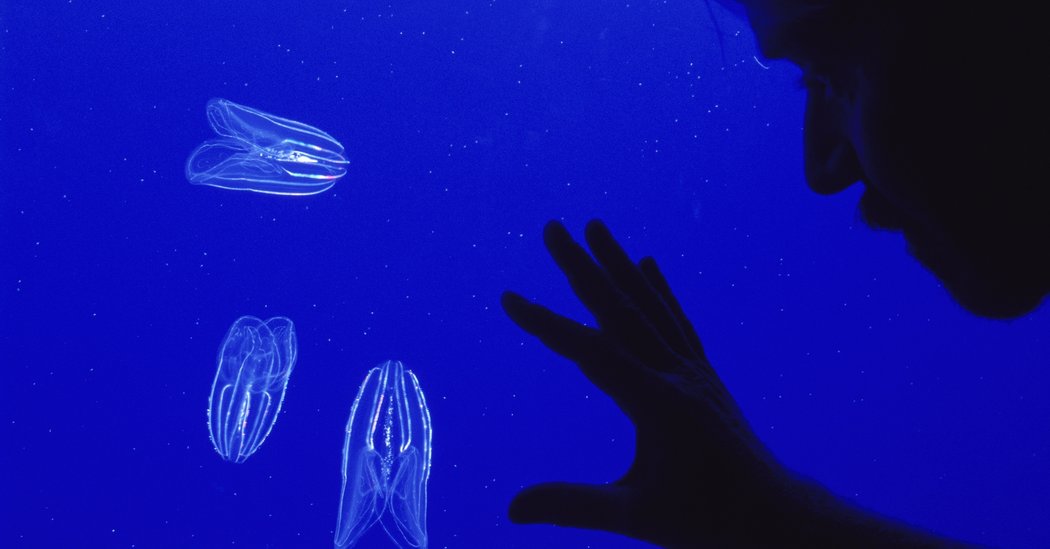 (3) The many species of jellyfish vary in size from a few millimeters to about 1.5 meters. They are the largest non-colonial animals using the cilia for swimming.

(4) They are broadly divided into three groups – the Cydippids, the Lobates, and the Beroids. All these are found near the shores.

(5) Cydippids are rounded with spherical or oval-shaped They have tentacles and smaller tentacles which can all be retracted into the body. 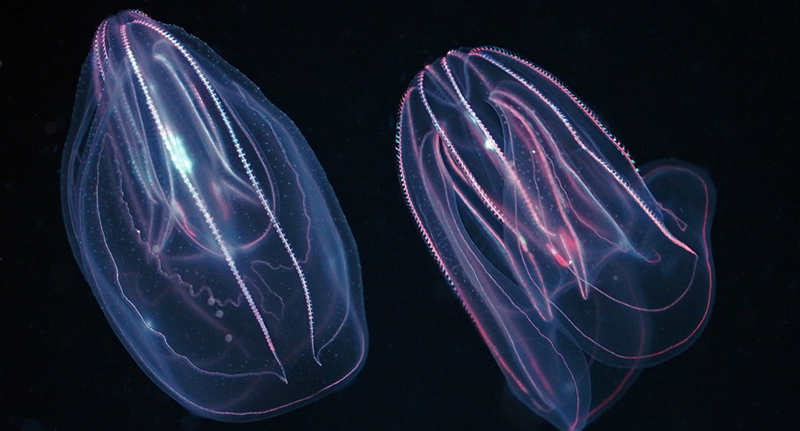 (6) The Lobates are characterized by two flat lobes which are found below their mouths. The tentacles are short, but the size of the jellyfish is bigger than the Cydippids.

(7) The Beroids don’t have any tentacles. Their mouth is very large but can be closed tightly if needed.

(8) There are comb jellyfishes in the open ocean which have not been fully studied as they are too fragile to be collected for examination. 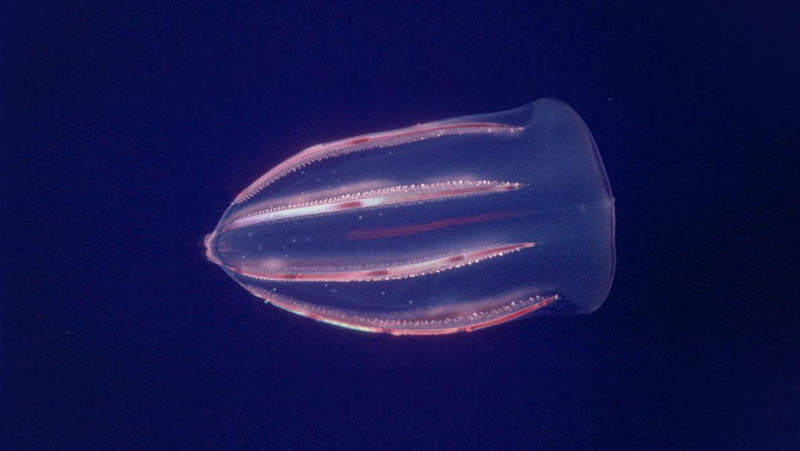 (9) Almost all species of comb jellyfish are predators. They eat anything from microscopic larvae to small crustacean adults. Only the juveniles of two species live as parasites.

(10) Unlike the other jellyfishes, the tentacles of the comb jellyfishes don’t sting. Usually, all of them have a pair of tentacles coated with sticky cells to catch the prey.

(11) The comb jellies have two layers of cells and have a middle layer of Mesoglea which is a jelly-like material. 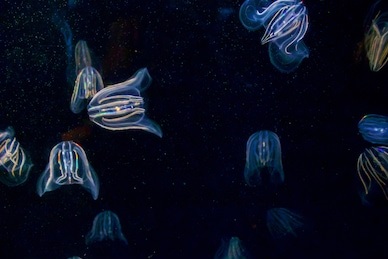 (13) The comb jellyfish is able to control the buoyancy in water by using osmotic pressure in waters of different densities. Their body fluids are as dense as the seawater. When they enter water of different densities they move the fluids into or out of the mesoglea adjusting its density.

(14) One type of comb jellyfish, the Platyctenida reproduce by cloning. It chips of one edge of its body which will develop into a new organism. 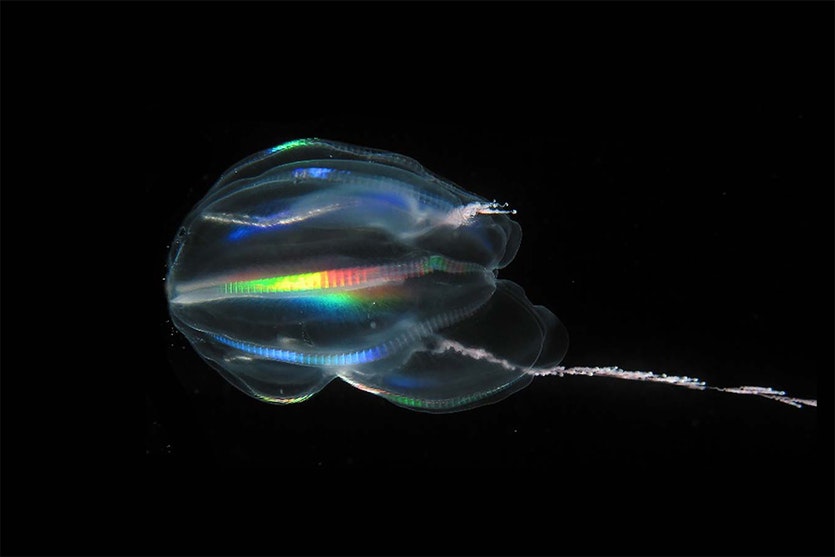 (15) Almost all the species of jellyfish are hermaphrodites. Some of them are simultaneously both male and female producing the egg and the sperm at the same time.

(16) Eggs and sperms are released through pores in the epidermis. The fertilization is external in most of the species.

(17) In most of the species, the eggs hatch into the organism. There is no larval form. The juveniles mostly resemble the adults and grow in size as they age. 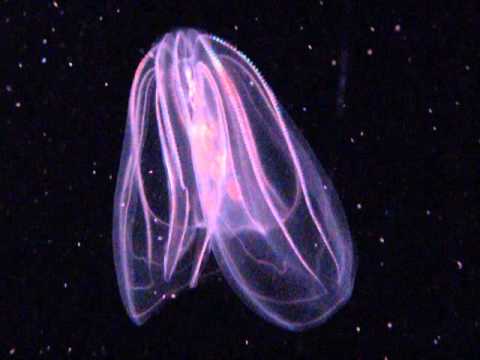 (19) The cilia of most of the produce a rainbow effect by scattering the light from the external source.

(20) Most of the species are bioluminescent, but as the colors are green or blue, they can be seen only at night.