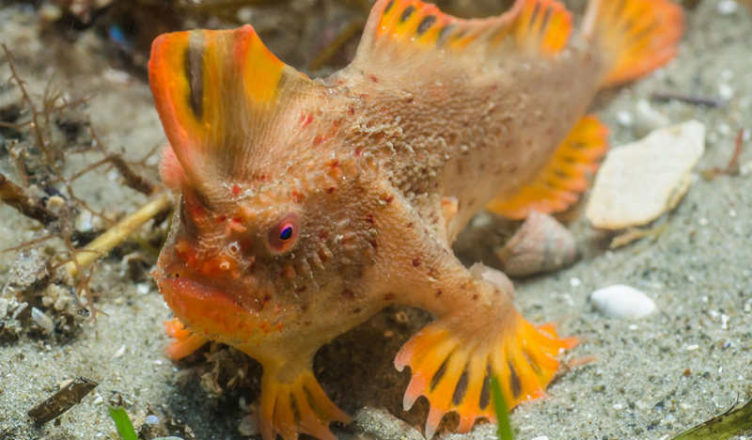 Another one of those species of fishes that could soon become extinct unless some measures are being taken. This fish with human-like hands are one of the species that suffered due to wrong human intervention.

(1) Handfish is a common name allotted to any anglerfish of the family Brachionichthyidae. The group of handfish includes five genera and fourteen species of fishes.

(2) These fishes normally live at the bottom of the water body, usually on the sedimentary surface or even in the substrate levels. 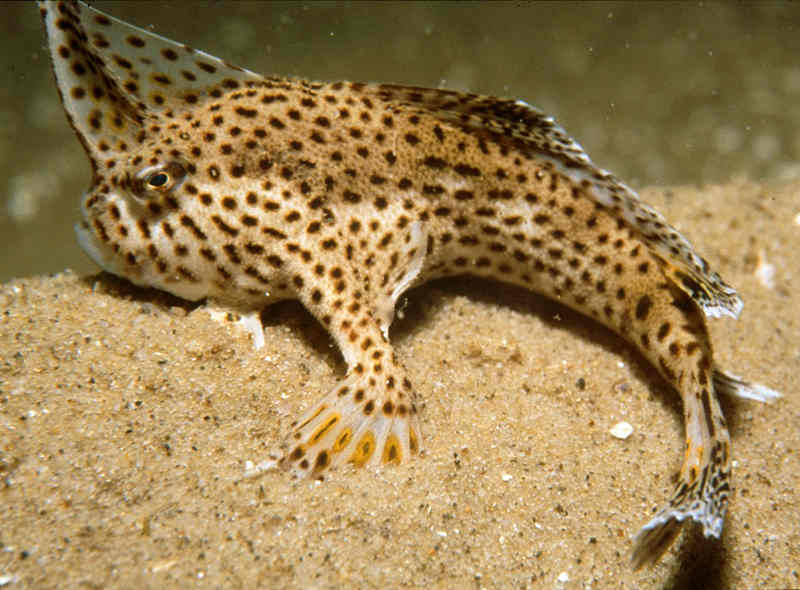 (3) These fishes move on the ocean floor using their modified pectoral fins rather than swimming. The pectoral fins are shaped like hands and hence the name.

(4) The handfish has an illicium which is a modified dorsal fin like most of the anglerfish. There is a skin which joins the second and third dorsal spine making it look like a crest.

(5) The spotted handfish is one type of handfish that is found only in the Derwent River Estuary in Tasmania. It is one of the most endangered species on the earth. 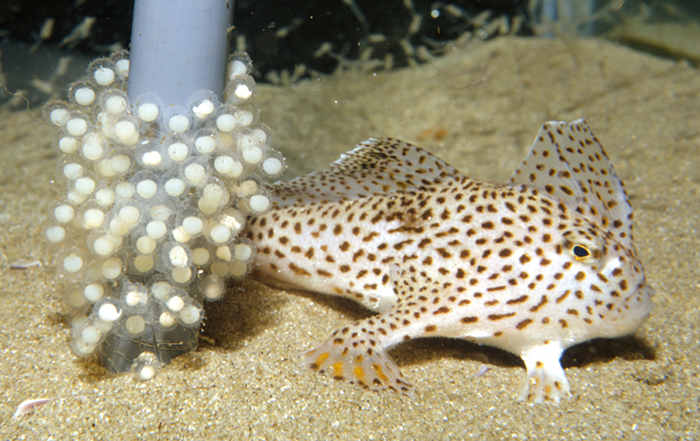 (6) They can reach a length of around 15 cm. They have a creamy brown skin on the back which is covered with spots of brown or yellowish-brown color. The belly is white in color.

(7) The spots are unique to each fish. This means that only one fish will have a certain pattern of these spots. They are like the fingerprints of humans.

(8) They have a pear-shaped body and are covered with denticles which are small tooth-like scales. 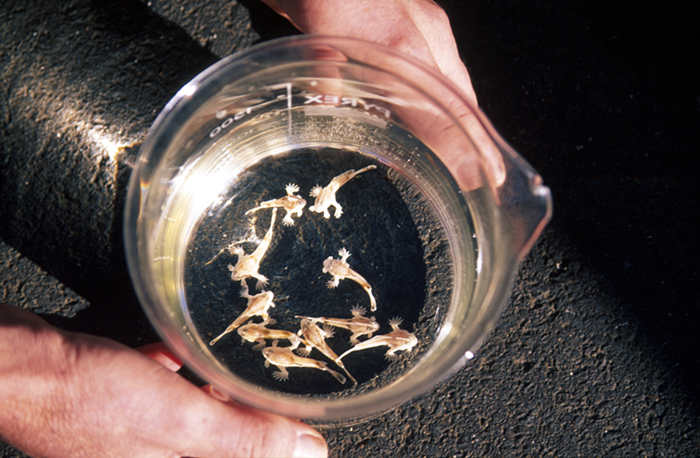 (10) The spotted handfish is a carnivore. The diet consists of worms, amphipods, shrimps and small fish.

(11) The fish has an illicium which is the modified dorsal fin. There is an esca that dangles from the tip of the illicium to the top of the mouth. This lures the prey which is immediately swallowed by the fish. 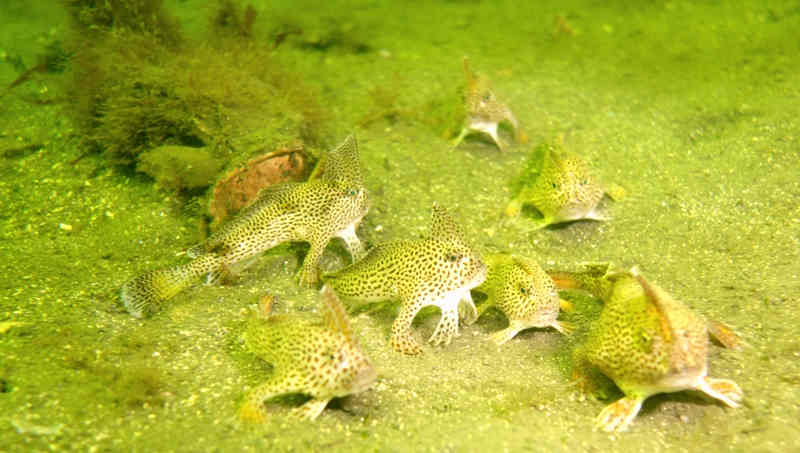 (12) The spawning season of the spotted handfish is around September – October. The males perform a courtship act to attract the females.

(13) The females produce a comparatively low number of eggs. They lay around 80 to 250 eggs and store the fertilized eggs at the surface of sea squirts, sponges or seaweed.

(14) The females guard the eggs during the incubation period of 7 to 8 weeks. The eggs hatch into fully developed fishes and immediately settle on the sea floor. 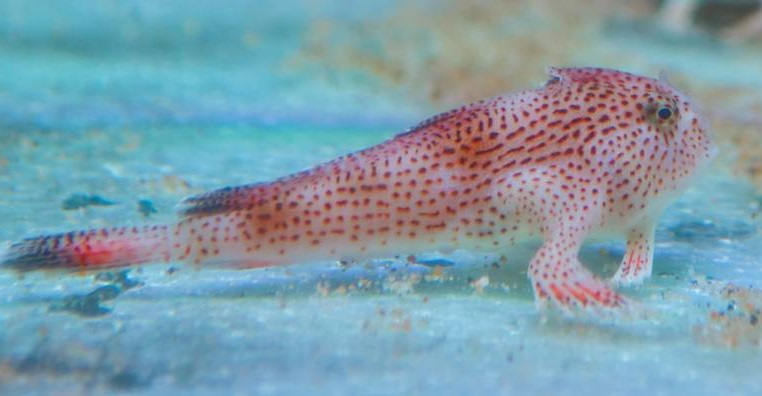 (15) The introduction of the Northern Pacific seastar into the river is considered to be the main reason for the decline of the population of the spotted handfish.

(16) The sea stars are thought to be feeding on the eggs of the handfish and also the sea squirts where the eggs are deposited.

(17) Another reason that is mentioned is the low rate of reproduction of the handfish.

(18) The distribution of the fish in a very limited area also is a factor that leads to a decline in their population.

(20) Several agencies are involved in protecting the species from becoming extinct.