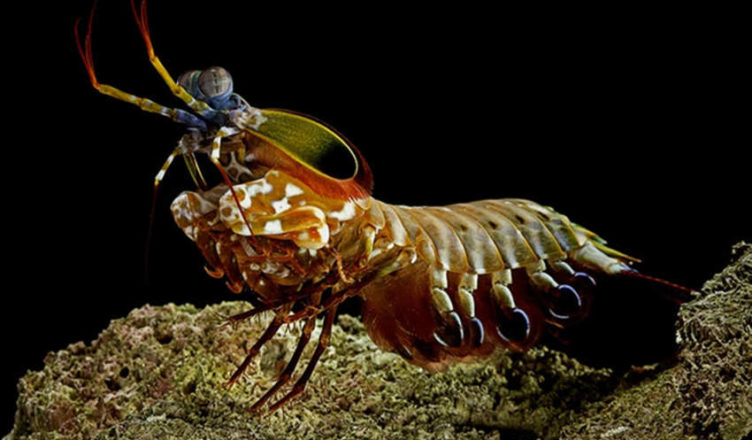 Peacock like colors on small body give it the name Peacock Mantis Shrimp. It is another rare and beautiful creature from the sea environment. Its unique features make it rare and are helpful in survival in the wider sea. Let us have a look at 20 facts about Peacock Mantis Shrimp for acquiring deep knowledge about this creature.

(1) They have a variety of colors in other species but the Peacock Mantis Shrimp has multiple colors like as Peacock.

(2) They use a rare language for communicating with their other partners. This is considered as their secret voice code. They bounce and exclude a polarized colorful light for communicating. 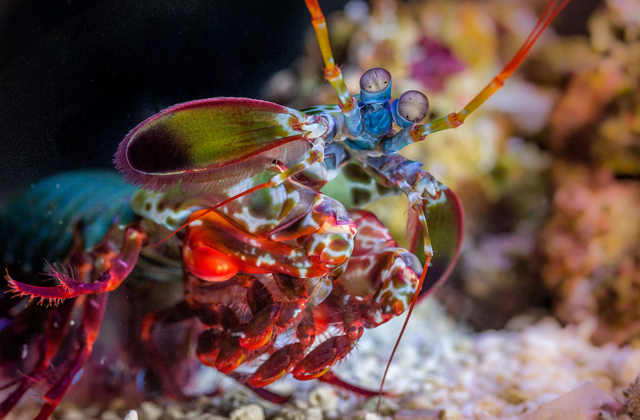 (3) They like animals with tough shells as their meals such as mollusks and clams.

(4) They have hard and strong claws for killing its prey with a hit like punches of human hands.

(5) We can’t detect the claws as they hit with 160 pounds of force with great speed for hitting its prey.

(6) They create a strong shockwave when they move with their bullet-like speed. This wave can hit and kill its prey without another smash. 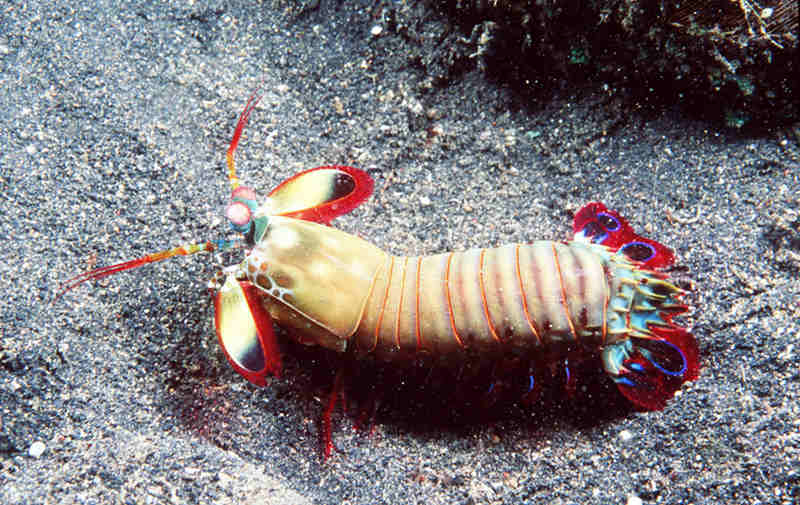 (7) They really have predator nature for hunting its food cleverly and rapidly with a speed of .22 like a Calibre bullet.

(8) They can’t be carried as a pet in a glass tub because they can break a multi-layered glass easily as they break the hardest shell of its prey in one blow.

(9) They have the best vision due to their best eyesight and the communication signals it produces can be seen only by other mantises and no one other can see it. So they are with the best ever eyesight like a trinocular in the whole world of animals. 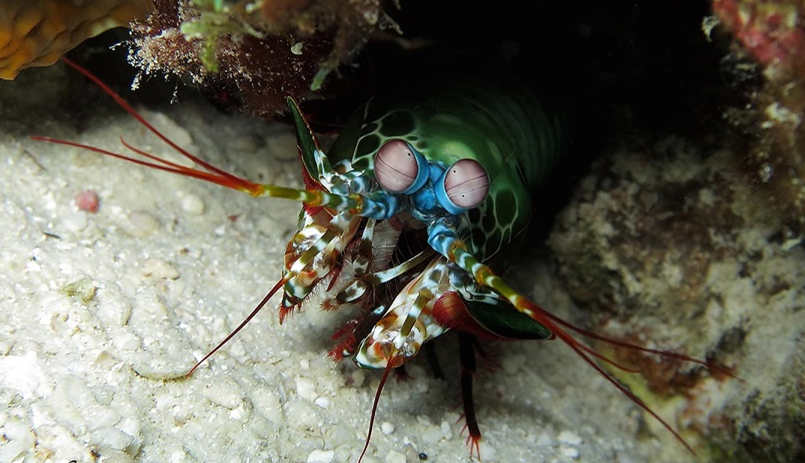 (10) They can move faster as the blink of our eye and escape from the danger easily.

(11) They hunt and get its prey on the times of evening for staying safe and hunting easily.

(12) They make really creepy noise in evenings especially the male ones produce this noise mostly.

(13) It is believed that they were on the earth from the times of dinosaurs. 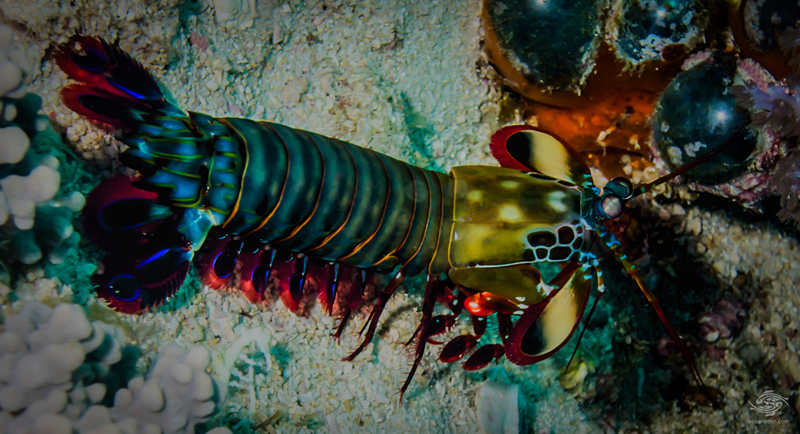 (14) It vaporizes the surrounding water while moving with extreme speed. This vaporization produces harmful heat in water that harms many other sea creatures.

(15) Fast speed, strong punch, and the hard body make them highly armoured creatures in the sea that can survive longer easily.

(16) They are solitary in nature and live underground at secret areas that save them from sea hunters. They attack when any other creature seems to be attacking their homes. 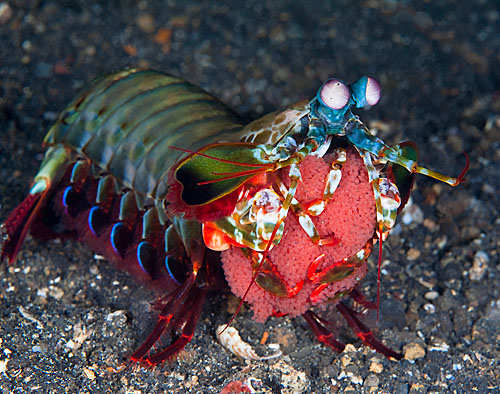 (17) They have a sharp memory and can learn new things easily. This feature helps them to mold themselves according to changing situations.

(18) The maximum number of mating in shrimps is 20 t0 30 during their life and the males are super dads. They share every work with females and also take care of eggs with complete responsibility.

(19) They generate light when they hunt and produce loud voice while they fight.

(20) They can attack with continuous smashes for killing its prey that is really an effective way of hunting. They have bulletproof shell-like body that can’t be broken easily.