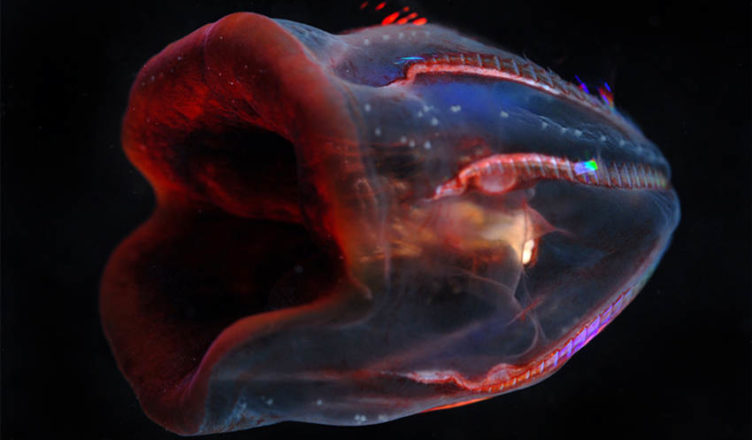 Even though the Ctenophores have very soft gelatinous bodies looking delicate, their fossils have been found preserved for almost 525 million years. They are voracious predators feeding on many organisms, sometimes their own types. They are a group of animals found in all the marine waters around the world. Let us see some of the features that help them survive.

There are many species in the Ctenophores, some of which are very different from the majority of the others. While most are predators there are some larvae which are parasitic. 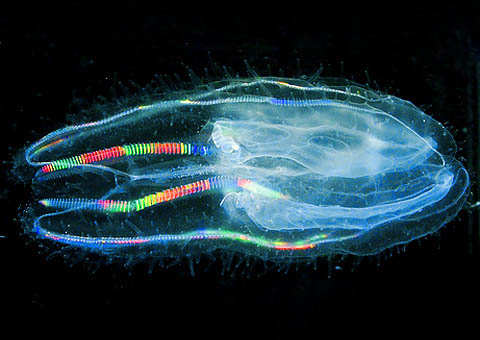 (1) One of the best adaptations for survival is their hermaphrodite nature producing both eggs and sperms in the same individual. Though fertilization is external, many of the species are believed to self-fertilize. Some of the species can also clone from their own body.

(2) One of the other adaptations that help the population remain big is the fact that many of them can start reproducing at a very young age. They are thought to be able to reproduce any time if there is food available. 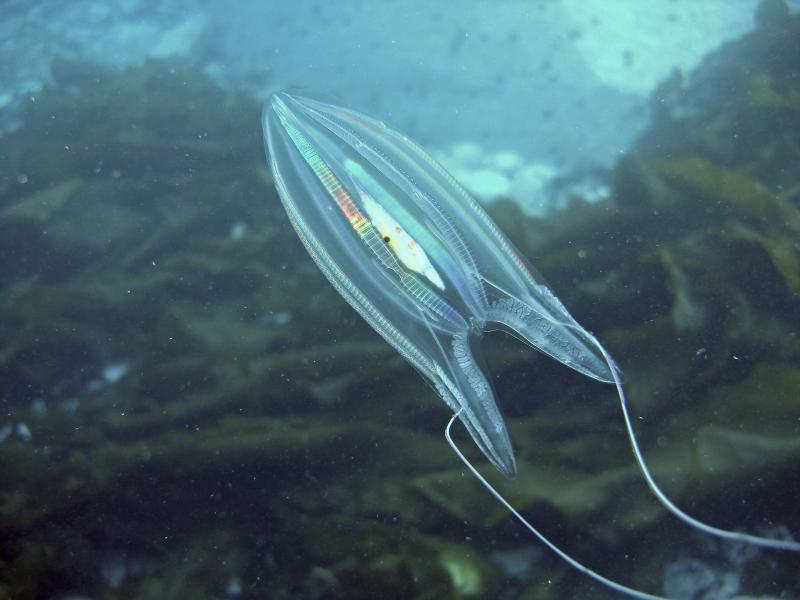 
(4) The rows of cilia help the Ctenophores to swim actively in the water helping them find their food. The cilia are the characteristic features of this phylum. This is what gives them the name comb jellies. 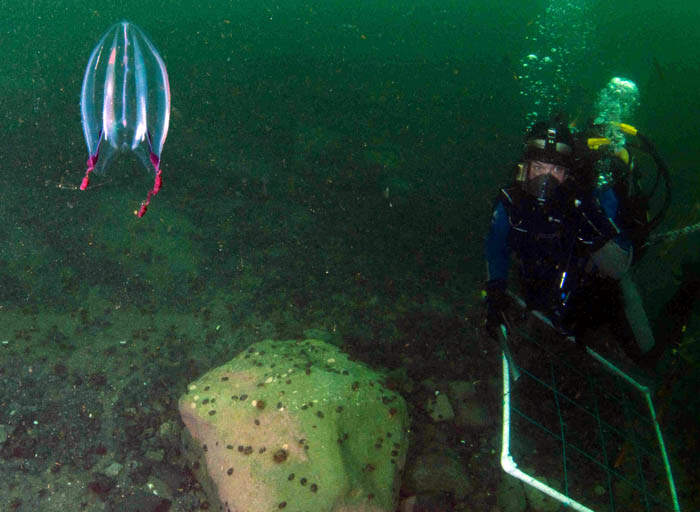 (5) The Ctenophores are able to adjust in waters of different densities using osmotic pressure. Their body fluids have the same density as sea-water. By moving this to and from the jelly portion of the body they adjust their bulk and hence their density.

(6) The colloblasts lining the tentilla or small tentacles help to catch prey. They shoot a filament with glue and the prey gets attached to it. The prey is then brought to the mouth and consumed. 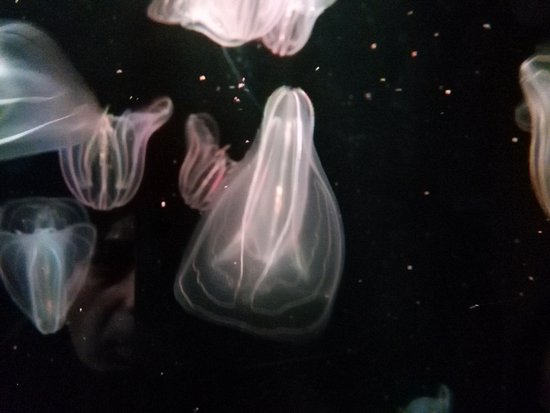 (7) The cilia reflect the surrounding light to produce a rainbow effect. This is also used to lure prey towards it. This is also believed to be a ploy to escape from predators.

(8) One of the species in the Cydippid Ctenophores, Euplokamis has coiled tentacles which can be uncoiled. These then performing a wriggling movement luring prey to it. The prey is then caught in the coils and consumed. 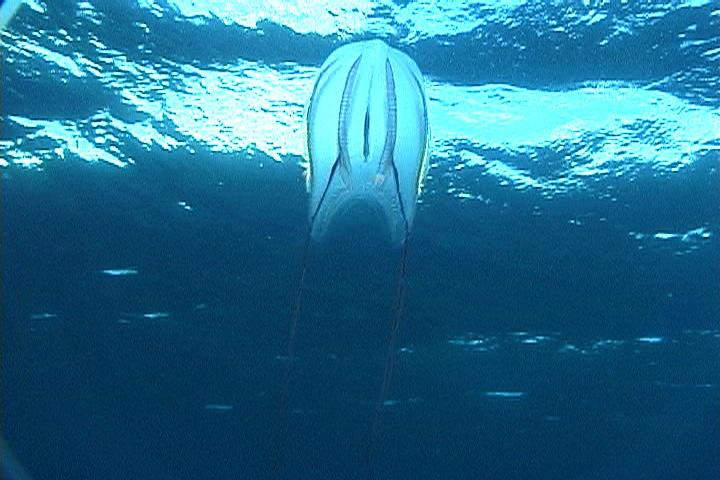 (9) The Ctenophores are mostly bioluminescent. They use the light to deflect predators. They produce sudden flashes of light which will make the predator leave them. Another method is to produce light and attract larger predators that will eat the small ones which are attacking he Ctenophore.

(10) Many of the Ctenophore species that live deep in the ocean produce pigments. They mostly produce red color pigments to make them invisible in the deep ocean. Red is the ideal color because many organisms cannot see the red Red pigment is easier to produce for these Ctenophores than black color.