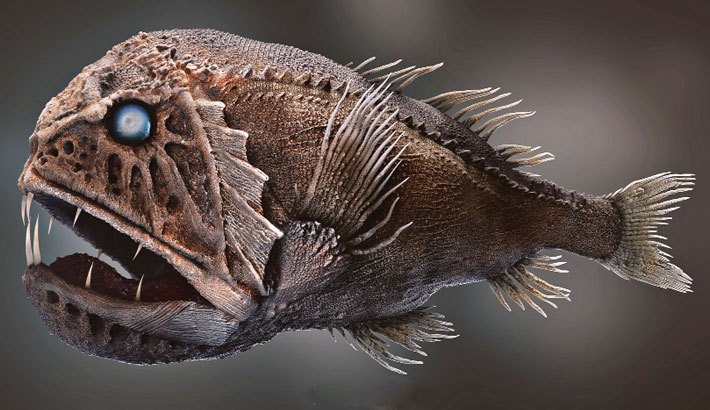 The Fangtooth Fishes are normally found in tropical and cold temperate waters. They belong to the family of Anoplogastridae. They got the name from their large sized fang teeth and because of the huge teeth these fishes got the very strange and dreaded appearance. However, Fangtooth fishes are harmless and humans have no threat from these fishes. Fangtooth fish grows to a maximum length of 18cm and normally they eat small fishes. These fishes cannot close their mouth completely because of the large sized teeth. While closing the jaws the large teeth goes into the sockets on either side. Normally, Fangtooth fishes live in a depth of not less than 6000 feet and they can go more than 16000 feet deep also. These fishes can survive under high pressure and freezing temperature. The eyes of this fish are small and kept at a height on its head. The lateral line also functions as a sense organ and detects movements and vibrations in the surroundings. The Fangtooth fish remains in deep sea during day time and goes to upper level only during night. Fangtooth fish traps its prey by the contact chemo-reception method. These fishes lay egg and the eggs hatch to larvae. The larvae go into deep waters when it attains a length of 6cm. 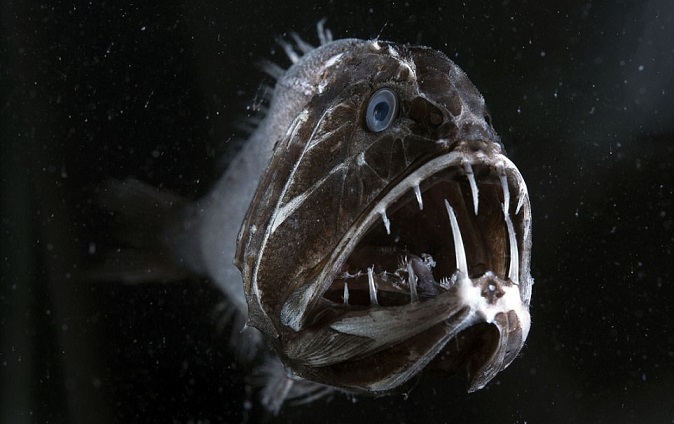 Following are the characteristics of Fangtooth Fish that have helped the fish to survive.


(1) The Fangtooth fish is harmless to humans and hence they are not killed by human beings.

(2) Since Fangtooth fishes normally live in deep sea they are unlikely to be caught by fisheries.

(3) Fangtooth fish eats all varieties of fish that are available in sea and hence they are unlikely to go without food.

(4) Fangtooth fish lives in deep sea at a depth range of 6000 ft to 16000 ft and never comes up to a level less than 200 ft from surface. Hence they are not easily affected by pollution and changes in climatic conditions. 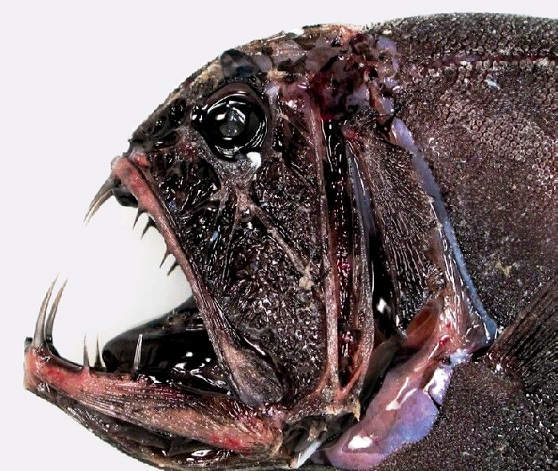 (6) Larger fishes like tuna, marlin and a few shark varieties are the predators of Fangtooth fish. However, the Fangtooth fishes come to the upper layers of the ocean only during night in search of food and go back to deep sea before sunrise. Moreover, they never move too close to the surface. In this way they protect them from the predators.

(7) Though the population of Fangtooth fish depletes, they are found in almost all tropical and temperate ocean regions of the world and also in the waters off the Australian cost. They are identified as the deepest living fish species discovered so far. 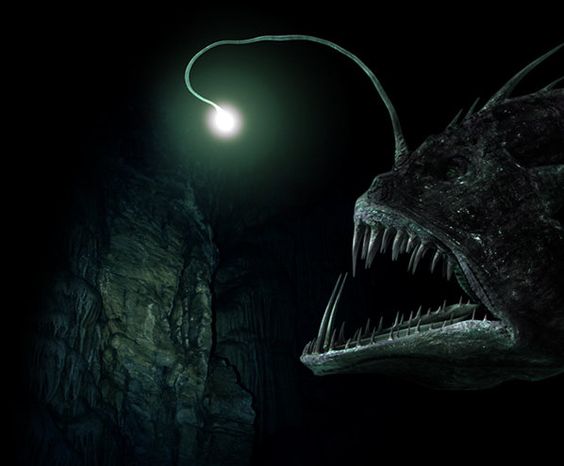 (8) The lateral line of the Fangtooth fish functions as a sense organ and detects movements and vibrations in the surroundings thereby protecting the fish from dangers.

(9) The Fangtooth fish is not choosy in food. It will eat anything that is available in the sea and hence it is unlikely to suffer due to shortage of food.

(10) Fangtooth fish is very small and will not swim or attack in groups. Hence they do not have the risk of getting killed.