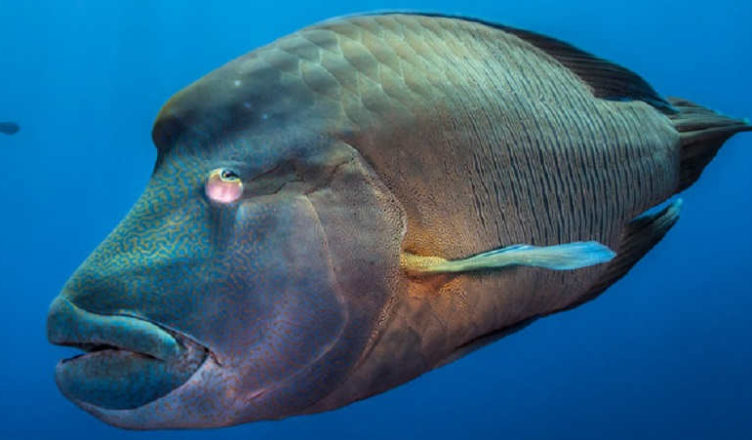 The Humphead Wrasse is listed as an endangered species because of the excessive harvest of this fish for various purposes. The fish is caught because it is a delicacy in many countries. The young ones are caught for exhibiting in the aquariums. The species appears in the IUCN Red List as endangered. Many organizations are trying to protect the species in different methods.

The Humphead is born with a lot of adaptations that allows it to live safely in its ecosystem. Let us see some of the features that help it survive. 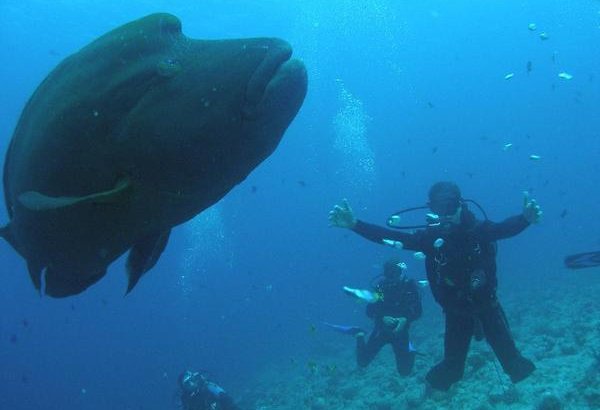 (1) The best adaptation of the fish is the way its mouth and teeth are formed. The mouth is like a parrot’s beak which helps them to feed on hard-shelled organisms like crustaceans, echinoderms, and The thick lips help in absorbing the spines of difficult prey like the crown-of-thorns starfish and the sea urchins.

(2) The teeth of the Humphead is formed in the throat. This helps them to crush their prey easily before swallowing them. This helps the fish in eating prey with hard shells. Hard-shelled organisms form a major part of the diet. 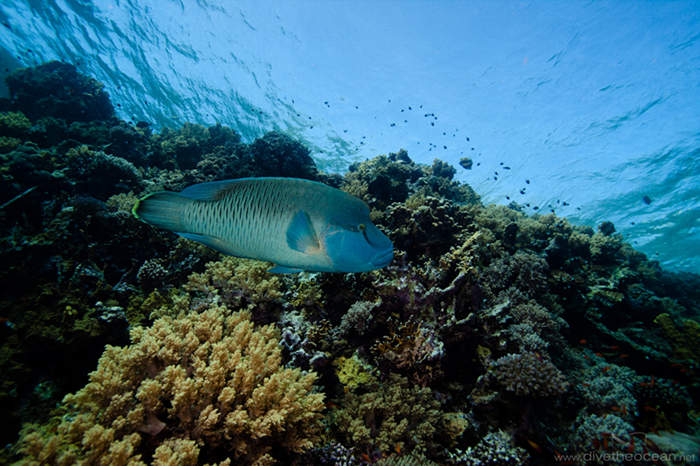 (3) Another important adaption is the ability of this fish to change their gender as they mature. But scientists don’t know what triggers this change. This changing helps them keep the population has a male-female balance.

(5) The Humphead Wrasse is immune to toxins of the spines of sea animals. It can safely eat sea hares, boxfish, and starfish without fear of poisoning.

(6) They are evolved in such a way that their morphology facilitates the most efficient movement in the water. They only use their pectoral fins for moving, occasionally using the caudal fins and tail only in need of sudden speed.

(7) Their large size also comes to their aid in protecting the species. It reduces the number of predators that the fish has. Most predators don’t kill prey of such size.

(8) It is found that fast growth rate leads to high mortality rates in large reef species. The slow growth rate may be a natural adaptation that helps the fish to achieve increased longevity. 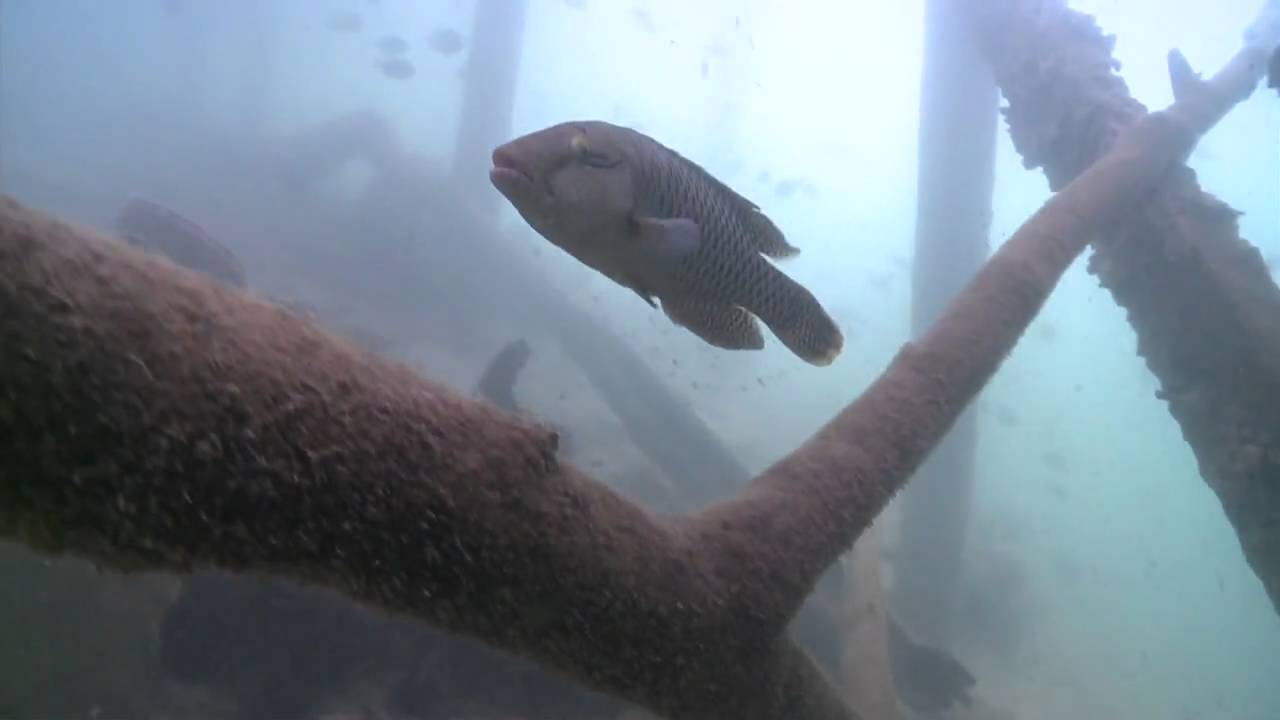 (9) The alpha males of the group have a more prominent hump than others. This could possibly be a way to ensure the best sexual selection enabling to have the healthiest offspring. This helps in the group becoming healthier and more immune to diseases.

(10) The alpha males also exhibit a better and brighter coloring. This is more prominent on the face. This is another factor which helps the female to select the healthiest partner for mating. Another aid for sexual selection.

We can see that the Humphead Wrasse is adequately evolved morphologically to help it survive.