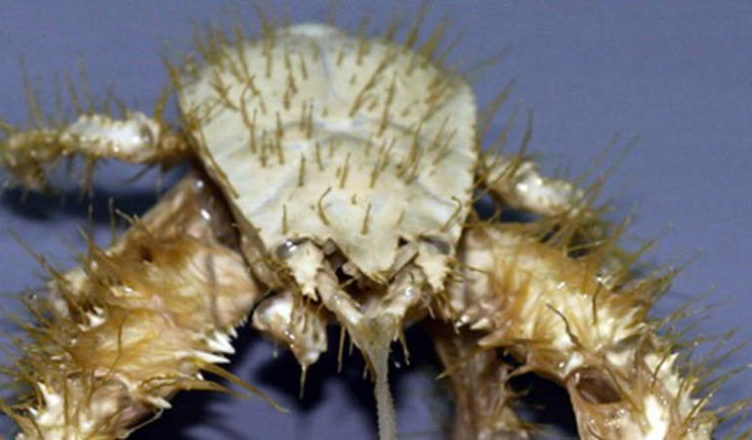 This is one of the most unique creatures which cultivates its own food on its body. The Yeti crab cultivates bacteria on its hairs and feeds on them. Talk about self sufficiency and this crab should come to your mind.

(1) The Yeti Crab or Kiwa hirsuta was discovered as late as 2005 on a hydrothermal vent along the Easter Island. They are related to the hermit crabs which are common.

(2) The name Kiwa comes after the goddess of shellfish in Polynesian mythology. The species name hirsuta comes from the hairiness of the crab. 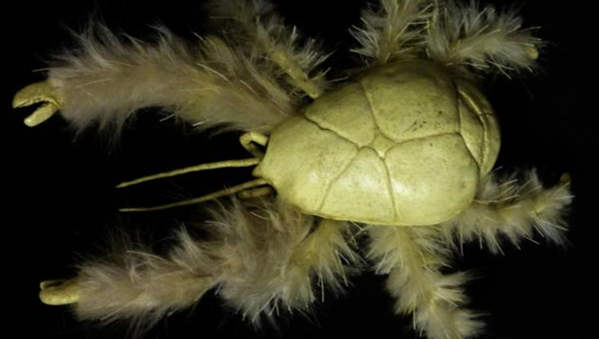 (3) The Yeti Crab is found to be living at a depth of around 2200 m where the temperature of the water is between 2 to 10 Degree C.

(4) This crab must live only near the hydrothermal vents which provide it warmth, as otherwise, the crab will freeze from the cold of the ocean water.

(5) The crab not only belongs to a new genus Kiwa but also a totally new family of crabs named Kiwaidae. This is the second organism to be discovered in the same genus. 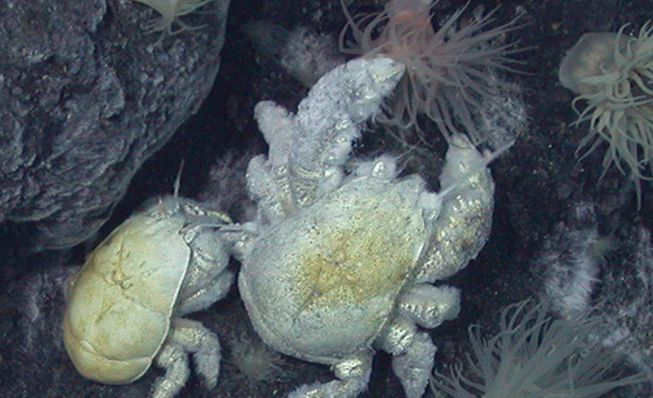 (6) The crab is named Yeti crab because of the hirsute claws that had a close resemblance to fabled Yeti the snowman in the Himalayas.

(7) After much examination, it was found that the Yeti crab doesn’t belong to any of the families of crustaceans which were discovered earlier.

(8) The discovery of this crab which was never encountered in the various expeditions to hydrothermal vents has proved that these crabs live in a very small area. 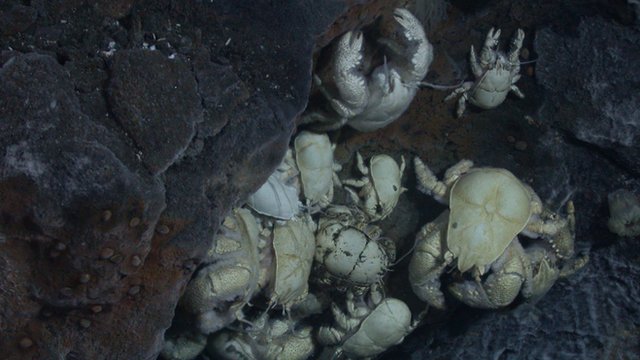 (9) The claws or chelipeds are symmetrical. They are as long as the carapace and covered with fine hair except at the fingers.

(10) The movable part of the fingers has a cutting edge which is used to tear flesh from the prey.

(11) The hairs on the claws or setae as they are scientifically known may be used as sensors to find food or to find the mate.

(12) The crab has a carapace which is 1.3 times as long as it is broad. It has a smooth surface. The front edge is slightly oblique with small teeth near the rostrum. 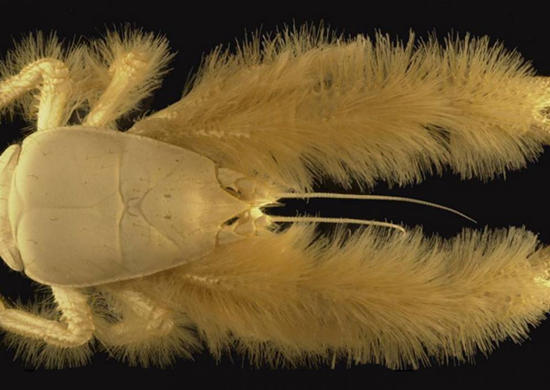 (13) The Yeti crab has learned to use the useful minerals like Sulphur which come out of the earth’s crust along with hot lava at these hydrothermal vents.

(14) The Yeti crab has very basic eyes without any pigmentation. It is believed that they are blind.

(15) The hairy claws are full of bacteria which scientists believe the crab may be using to detoxify the poisonous minerals in the water emitted at the hydrothermal vents.

(16) Scientists believe that the theory of it cultivating the bacteria as food can be true as two other crabs have the habit of growing their farming bacteria for food. 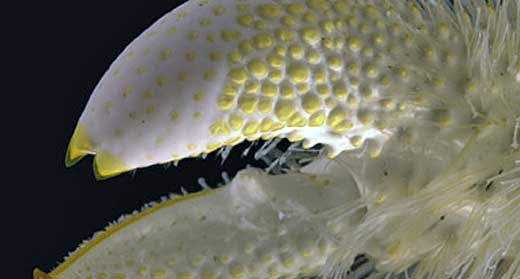 (17) The bacteria on its hairs may be providing the necessary nutrition that the Yeti crab requires for its life.

(18) The Yeti crab is also believed to feed on flesh. They have been spotted eating mussels whose shells were open.

(19) The other species discovered in 2006 is the Kiwa puravida also cultivates bacteria on its hairs. Another species found in the Antarctic ocean later was named Kiwa tyleri.

(20) There are certain differences between the two species found in the Pacific ocean and the one found in the Antarctic ocean.