If you ever happen to visit the western part of Texas, you would get to hear about the mysterious Marfa lights from the locals. These lights have been surprising viewers for more than a century and they still happen to the most popular tourist attraction for people who visit the small town of Marfa, in Texas. Here are 20 Facts to know what are the Marfa lights and its viewing center in Texas. 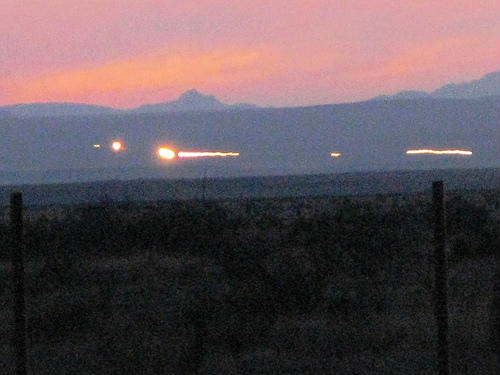 (1) The Marfa lights were first reported by the early settlers of that area in the year 1883.


(2) While Marfa lights is the most common one, but the mysterious glowing orbs of Marfa are known by many other names. These lights are also known as ghost lights, mystery lights or Chinati lights.

(3) While using binoculars gives a better view of the Marfa lights, however, these lights can be seen with naked eyes as well.

(4) Cowboy Robert Reed Ellison was the first man to spot these lights and report to the local authorities in 1883. 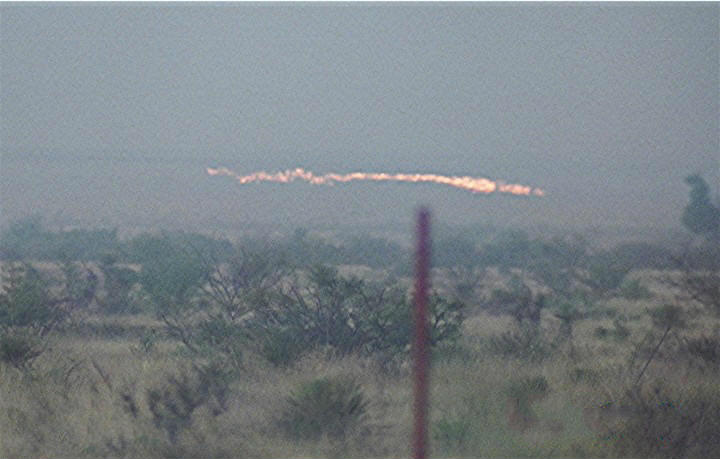 (5) He and the authorities had thought these lights to be coming from apache campfires, but upon investigation no sign of any campfire was found in the area where the lights were seen by Ellison.

(6) The native Apache Indians believed that the lights were actually fallen stars that dropped from the sky on to the earth.

(7) The first mention of the Marfa lights was done in July 1957 issue of the Coronet Magazine. It was since then that the lights got more popular and attracted a lot of visitors to the small town of Marfa. 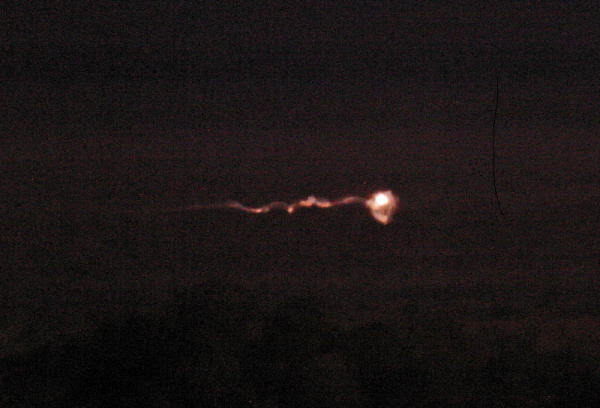 (8) These mysterious orbs are seen near U.S. Route 67 on Mitchell Flat which is on the eastern suburb of Marfa, Texas.

(9) These lights are highly mysterious in nature as they are not static in nature. Instead, the lights twinkle, hover, wobble, flicker, split up, merge, float up in the air and does all sorts of aberrant activities to increase the amazement of the onlookers.

(10) The sizes of the Marfa lights are that about a basketball, although they tend to grow or shrink from time to time. 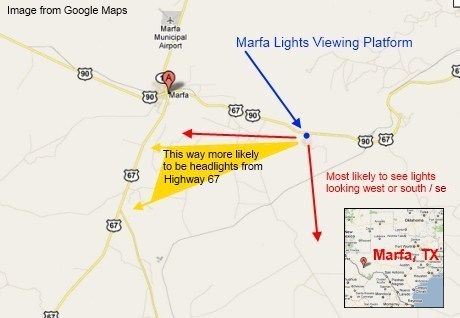 (11) The lights are seen in different colors which varies between blue, white, red or yellow.

(12) The mysterious Marfa lights are seen in all seasons and all sorts of climatic conditions.

(13) There is a theory that the lights are actually nothing but the headlights of cars that travel along the nearby highway. Owing to atmospheric reflections, the light beams from the cars take such abnormal form and show up as glowing orbs.

(14) During WWII, the pilots from the nearby Midland Army air field went to the fields where the lights were seen, trying to locate the source of these eerie lights. Even after thorough inspection, they could not find out the true reason behind the glowing lights.

(15) Locals who love to entertain themselves with paranormal stories tell that the Marfa lights are actually the wandering ghosts of the Spanish conquistadors who were killed in that area ages ago.

(16) Many scientists have thought certain swamp gases like methane and phosphine to be the cause behind the glowing lights of Marfa. However, the theory has not been verified to be true.

(18) There is an official viewing center located about 9 miles east of Marfa where interested people can go and watch the mystical lights if they show up.

(19) The Official viewing center is equipped with well maintained restrooms, a viewing deck area and a large parking space.

(20) Even if someone fails to spot the Marfa lights, the unadulterated joy of gazing at the stars in a clear desert sky is something that can be experienced.