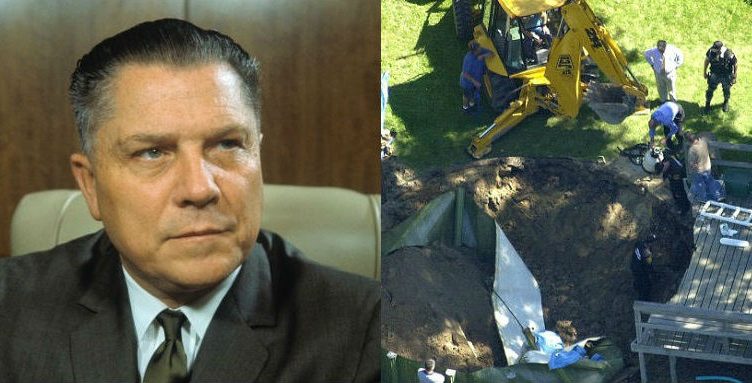 Of all the human disappearance cases that have been lodged over the last five decades, the disappearance of Jimmy Hoffa was the most mystifying one. The erstwhile President of the International brotherhood of teamsters was reported missing on the evening of July 30th, 1975 by his wife. Even after extensive investigations and searches, Hoffa or his mortal remains could not be found and he was finally declared legally dead after 7 years. Here are Top 20 Facts about Jimmy Hoffa Disappearance mystery. 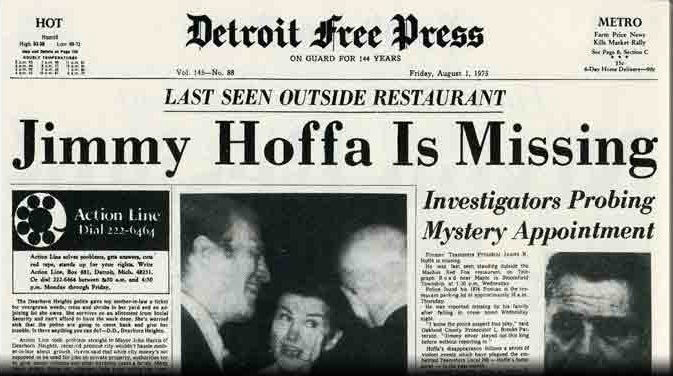 (1) Hoffa disappeared from the parking lot of Machus Red Fox Restaurant in the suburbs of Detroit.


(2) The last time he was seen was at 2:45 PM when he was spotted by a local delivery truck driver sitting in a car which was the 1975 Mercury Marquis Brougham.

(3) Hoffa was supposed to meet a couple of Mafia leaders, Anthony Provenzano and Anthony Giacalone.

(4) When interrogated later, the men denied of any such meeting being scheduled.

(5) The last time Hoffa was heard was when he called his wife at around 2:30 PM telling her how annoyed he was that the men with whom he supposed to meet not turning up. 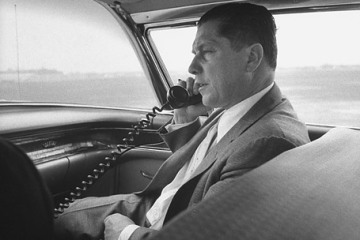 (6) The Mercury Marquis Brougham that was last seen to be carrying Hoffa was driven by his long time friend Charles O’Brien aka Chuckie. While he kept on denying being connected to the disappearance, Hoffa’s family strongly believed that he certainly had an integral role to play behind the disappearance.

(7) A strand of hair was found in the car where Hoffa was last claimed to be sitting in. As DNA tests did not exist at that time, the cops couldn’t say for sure if that hair strand belonged to Jimmy Hoffa or not.

(8) The hair strand was finally tested to be Hoffa’s when DNA tests were done years after the man went missing.

(9) There have been many leads that the police had got regarding the whereabouts of Jimmy Hoffa. While the cops did investigate on each of those leads, the body of Hoffa was never found anywhere, and neither was the cause of disappearance identified. 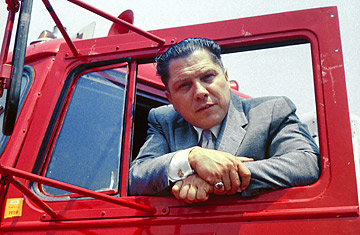 (10) There is a theory that the body of Hoffa was mixed with the concrete of the Giant’s stadium in East Rutherford, New Jersey.

(11) Another theory claimed that the body of Hoffa was buried under the grounds of the Giant’s Stadium. The police had tested the validity of the claim by using ground penetrating radars, but could not find any human remains under the ground.

(12) There is another theory that Hoffa was murdered by Frank Sheeran in a house in Detroit. Upon investigation, traces of blood were found inside the house, but they were not matching to Hoffa’s blood group.

(13) A third theory suggests that he was killed by Richard Kuklinski, a mafia contract killer. As per the theory, after killing him with a hunting knife, Kuklinski burnt the body of Hoffa, put it in a drum and placed the drum in the boot of a car. The car was compacted and shipped across to Japan with hundreds of other compacted cars where it go used to manufacture new vehicles. 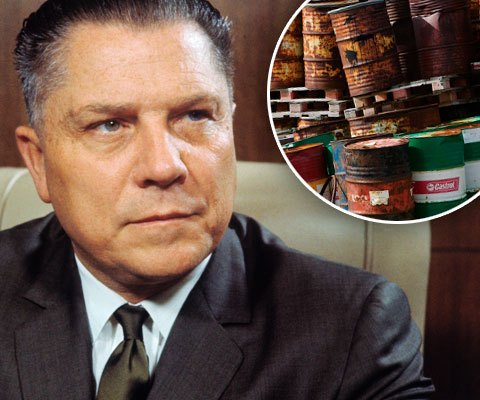 (14) In 2012, the Michigan police had taken soil samples from the grounds of a driveway in Detroit to find traces of Hoffa’s body. The cops did so as they had got a lead from a man who claimed of seeing a body being buried under the ground at the time Hoffa went missing.

(15) Another claim made by Tony Zerilli tells that the body of Hoffa was buried in the fields of Oakland County, which is a place very close to the restaurant where he was last seen. Tony Zirelli, who was a much known gangster in the 70’s denied of being responsible for the disappearance by any means though.

(16) Kenneth Walton, chief of FBI in Detroit once commented that he knew what exactly happened to Hoffa, and who did it. However, no action could be initiated against the suspect as that would require divulgence of information about confidential sources. 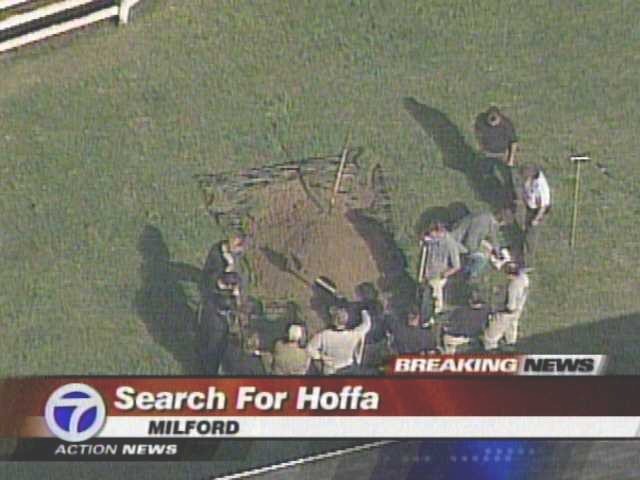 (17) A couple of weeks before Hoffa’s disappearance millions of dollars went missing from the largest pension fund that the Teamsters had. If this has to be a coincidence, it sure is a nasty one.

(18) A number of local and federal investigation agencies took part in the extensive search and investigation to find Jimmy Hoffa, but none of them ever succeeded to discover what had actually happened on that cursed afternoon of 30th July 1975.

(20) It is believed by many that he was killed the same day as he vanished. The only mystery that still haunts the family members of Hoffa is what happened to his body.