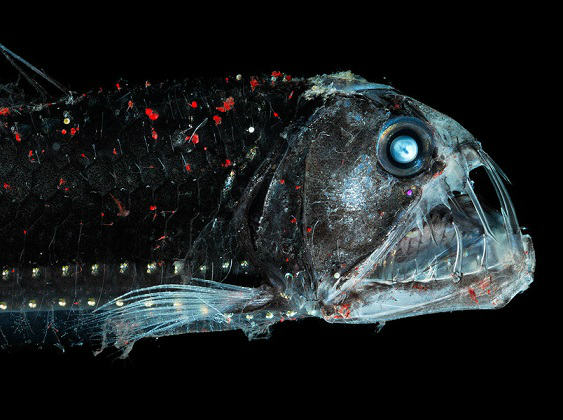 Pacific Viperfish is a well known deep sea species and also one among the most unusual-looking fishes. Viperfish is considered as a very fierce predator and this fish has a characteristic large mouth as well as fang-like teeth that are very sharp. The teeth curve back close to the eyes of the fish. Though it appears fierce, the Pacific Viperfish is in fact a small creature growing to a maximum length of 30cm. The color of Viperfish varies from green to silver and black. Viperfish eats crustaceans and small fish varieties. Pacific Viperfish can survive for days without food and it is believed that they have adapted this type of food habit because of the scarcity of food in deep sea. Sharks and a few varieties of dolphin are the predators of Viperfish. Viperfish spawns externally and they spawn throughout the year. The female fish lays eggs into the water and these eggs get fertilized. The eggs hatch to larvae which are about 6mm long. Viperfish has a life span of 15 – 30 years. In captivity they survive only for a few hours. 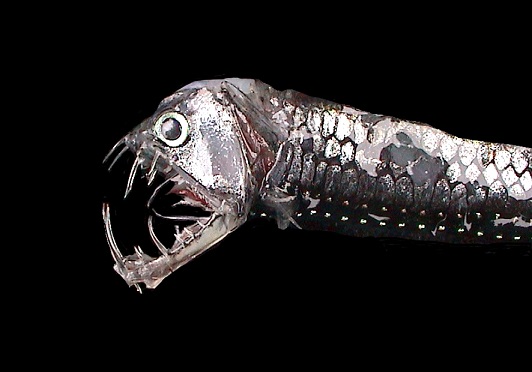 Here are the most interesting facts about Pacific Viperfish:


(1) The Pacific Viperfish lives at depths up to 2800 meters and are found in tropical and temperate waters. They are rarely seen by humans and the population of viperfish is not affected by various human activities.

(2) Pacific Viperfish has a light organ which is located at the end of the dorsal fin ray. Also, there are a number of photophores along the side of its body. These organs protect the viperfish from predators that are moving below. These lights also help to attract preys and also to communicate with mates and rivals.

(3) The teeth of the Viperfish are unusually large. When it hunts in the dark the large teeth help to grab the prey and hold the same. In order to attract the prey, the viperfish hangs in water motionless and waves the lures over the head. 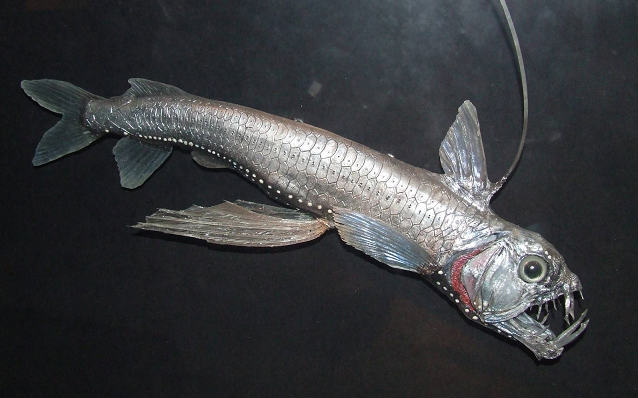 (4) When the viperfish catches preys of unusually large sizes, they swallow them by rotating the hinged skull.

(5) Pacific Viperfish makes vertical migrations throughout the day. Normally during daytime they remain at a depth of 1500 meters and night they go up to a depth of less than 600 meters.

(6) The dorsal spine which comes out of the head has a photophore on its tip. The natural light of the photophore attracts the prey.

(7) The viperfish migrates throughout 24 hours in search of food. During day time they feed at a depth of about 1500 meters since sunlight cannot penetrate to that depth. 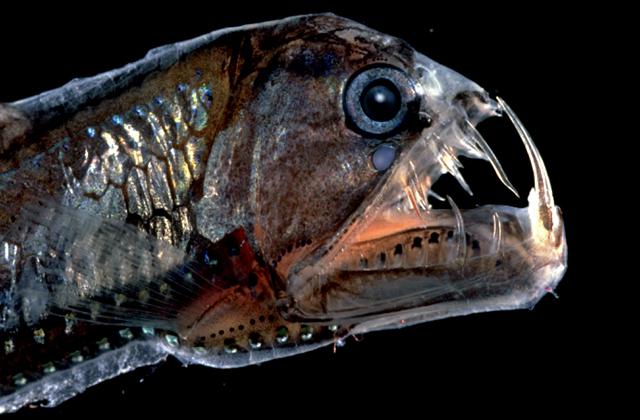 (8) The photophores on the sides of the fish produce faint light to misguide the predators. Since food is available in plenty at higher levels they move upwards during night.

(9) Pacific Viperfish is one among the nine different species of viperfish recognized so far.

(10) Solane’s Viperfish is the most common type of viperfish found in deep sea. They are green or silver-blue colored and grow up to 30cm. Solane’s viperfish lives for about 30 years. 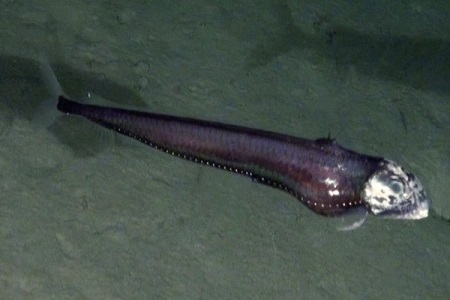 (12) Pacific Viperfishes are not man eaters and they do not attack humans.

(13) The Pacific Viperfish is not a large creature. The longest Viperfish will not be more than two feet long.

(14) Pacific Viperfish lives in very deep waters and they survive for days without food.

(15) According to Guinness Book of World Records, The Solani’s Viperfish has the largest teeth proportional to the head size. 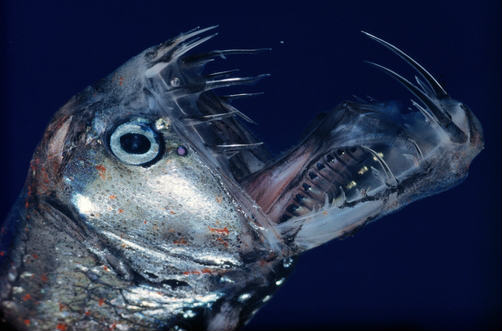 (16) Pacific Viperfish can float motionless for a few hours.

(17) Pacific Viperfish may grow to the length of 2 meters and it may weigh up to 23 grams.

(18) The large stomach enables the viperfish to stock large quantity of food.

(19) The vertebra right behind the head of the Pacific Viperfish functions as a shock absorber.

(20) Pacific Viperfish is considered as one among the fiercest predators in deep sea.