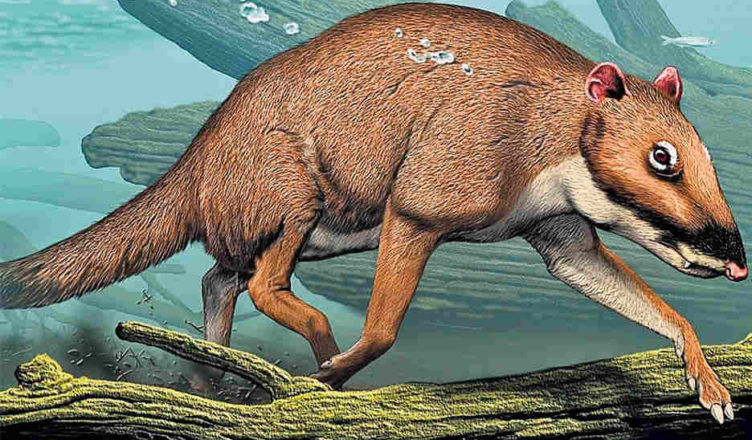 Who would have believed if we said that a small raccoon-sized land animal which lived in the Himalayan region is the ancestor of the massive whale? But, that seems to be what scientist believe after studying the Indohyus which is an extinct animal whose fossils were discovered by Dr. Ranga Rao in Kashmir.

There were many features in the Indohyus to prove it was a close relative of the whales.

(1) The fossils of the Indohyus were discovered along with rocks by Dr. Ranga Rao from Kashmir and was later handed over to Professor Thewissen after Dr. Rao’s death.


(2) Their habitat was the areas which are now in India and Pakistan. 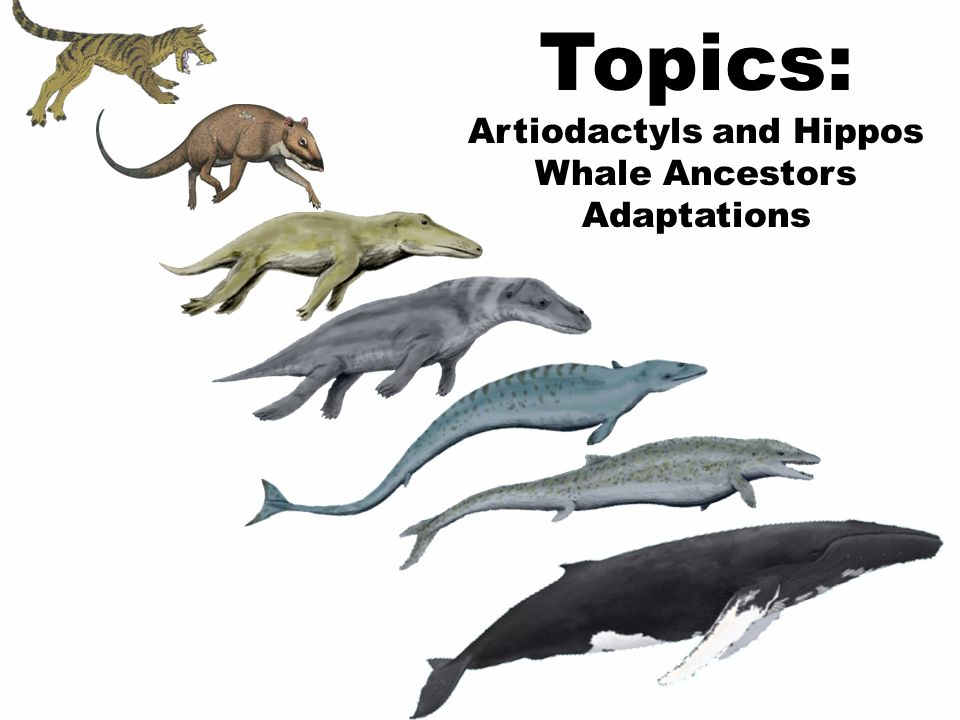 (3) They were known to be from the Eocene epoch.

(4) The Indohyus is a genus of extinct animals which walked on their toes like many of the common animals of today.

(5) They were herbivores and preferred the plants on the land than the fish in the waters.

(6) The teeth of the Indohyus are proof that they are herbivores. Scientists believe that they didn’t eat the vegetation in the water. 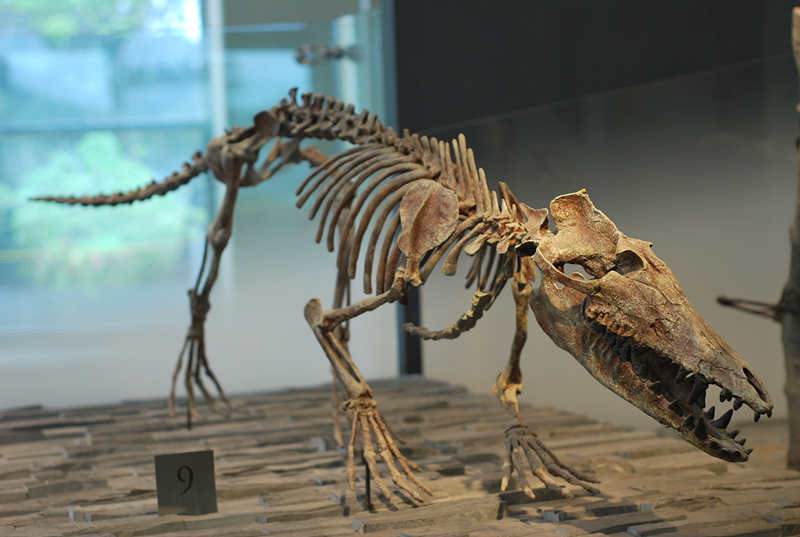 (7) They were even-toed animals from which the present-day whales and other aquatic mammals have evolved.

(8) The structure of ear of the Indohyus was found to be very similar to that of many of the aquatic mammals like whales.

(9) The Indohyus is the size of a common cat or raccoon. It has pig-like features with a thick heavy outer coating.

(10) They had four short thick legs and a long thick tail.

(11) The bones of the Indohyus is like that of the modern-day hippopotamus in that it helps to reduce buoyancy and helps the animal to stay under water. 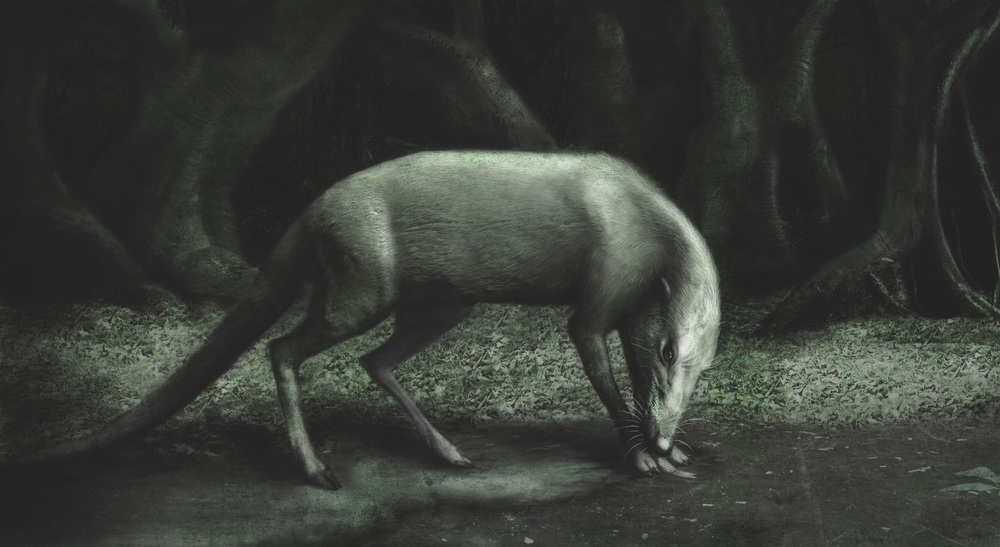 (12) This type of bone construction helps the animal to duck under the water and stay there in the event of an attack by birds of prey. This is used by many animals like the mousedeer.

(13) The complete skeleton of the Indohyus was used to identify it as the missing-link sister to the whales.

(14) The Oxygen-18 studies conducted on the Indohyus suggests that animals led a predominantly aquatic life. But the Carbon-13 studies indicate that it never fed in water. 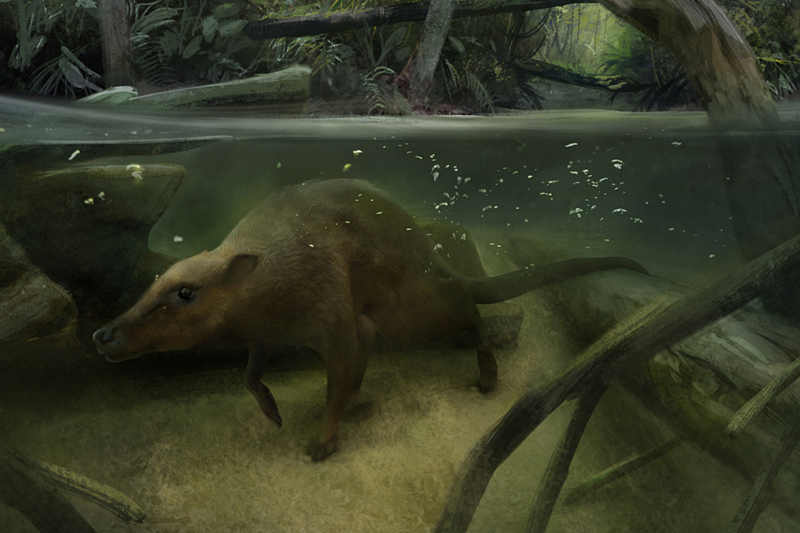 (15) The limb bones of the animal are thick like the hippopotamus. Such limbs facilitate in wading through water suggesting that the Indohyus was not a fully aquatic animal.

(16) Scientists consider this animal to be the transition step back to the water and the evolution of the whales.

(17) Another feature that makes the Indohyus to be considered closer to the whales is the placement of the eyes which is higher on the skulls like the whales. 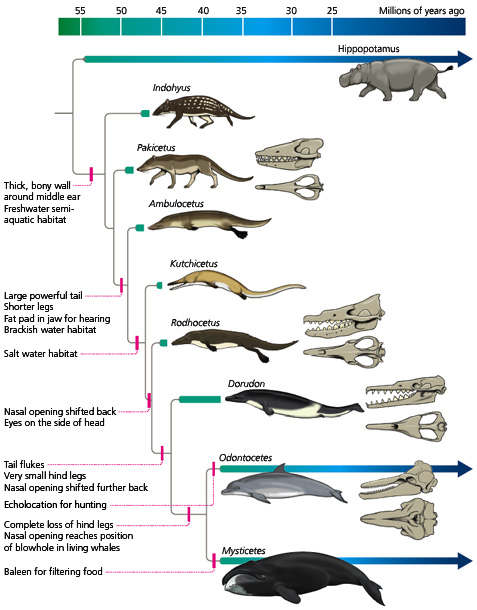 (18) However, there are disputes about the fact that the Indohyus was the missing link in the transition to whales.

(20) Scientists who used dental structure to link the Indohyus with the whales faced the problem that whales are carnivores while the Indohyus were herbivores.