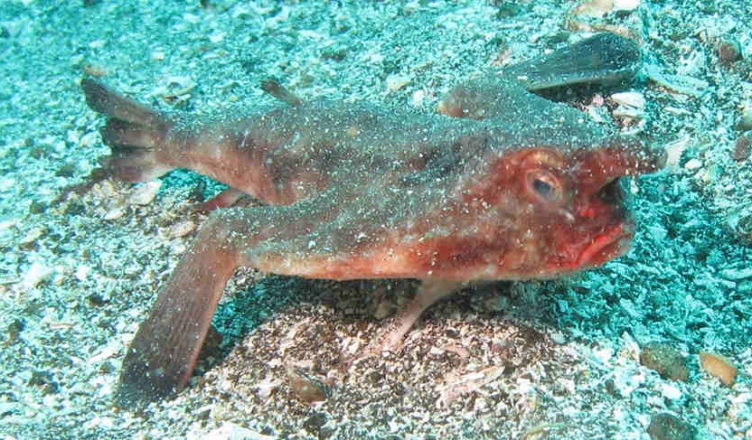 This fish certainly looks like someone whose make-up attempts have gone horribly wrong. But their red lips do help them a lot in their survival in a competitive ecosystem. This walking fish has many unique characteristics.

(1) The Red Lipped Batfish scientifically known as Ogcocephalus darwini is a native of the seas around the Galapagos Islands and off Peru. They occur at depths between 3 and 76 meters.

(2) There are two families that have batfishes classified under them. They are Ephippidae and Ogcocephalidae. The Red Lipped Batfish belongs to the latter family. 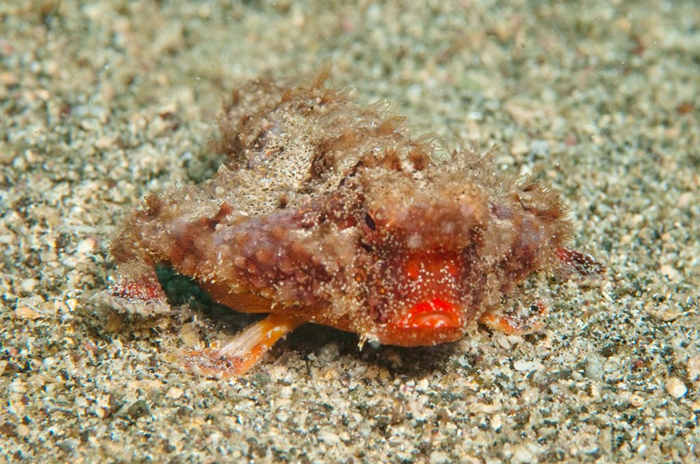 (3) The habitat of the fish falls within the Galapagos Island Marine Protected area which protects it from human interference.

(4) They have very unusual features and don’t resemble a fish. They are easily identifiable by their fluorescent red lips.

(5) Scientists believe that the bright red lips are meant to enhancing species identification during spawning.

(6) It is also believed that the Red Lipped Batfish may be using the red lips to attract the opposite sex for mating. 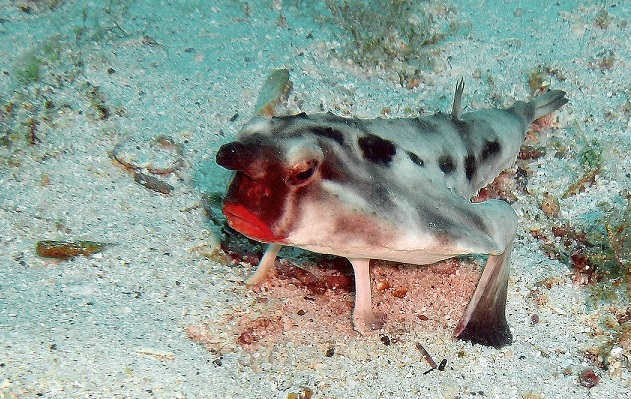 (7) The body is light brown to a grey The scales are shagreen-like in texture and are comparatively smoother than other fish.

(8) The Red Lipped Batfish is not a good swimmer. Their pectoral fins are adapted for walking on the floor of the ocean. They travel more on these feet than swim.

(9) Their dorsal fin also becomes a single spine-like structure on top of the head called the Illicium. The main function of the illicium is to attract prey. This is a common feature in many batfish.

(10) There is an esca at the top of the illicium. The esca emits a bright light that attracts prey to the batfish which consumes them. 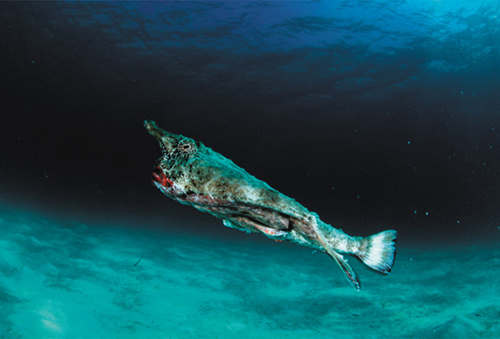 (11) The name comes from their peculiar shape. However, unlike many other batfish, the Red Lipped Batfish doesn’t reach much length. It is wider than it is longer. The fins appear like the wings of the bat.

(12) The head of the Red Lipped Batfish is depressed and elevated above the disk.

(13) The Red Lipped Batfish has around 9-10 vertebrae. They possess a higher fiber pectoral fin ray count.

(14) The Red Lipped Batfish is known to reach a length of around 40 cm.

(15) Like most other species of deep-sea fishes, the Red Lipped Batfish is also a carnivore. It eats mainly smaller fishes, mollusks, crabs and shrimps.

(16) The Red Lipped Batfish usually lives up to around 12 years. They reproduce sexually. There are both pelagic and pelagic larva types.

(17) Batfish belonging to other family are kept in aquariums. But the Red Lipped Batfish is not suitable for the aquarium at home as it would need a dark atmosphere. 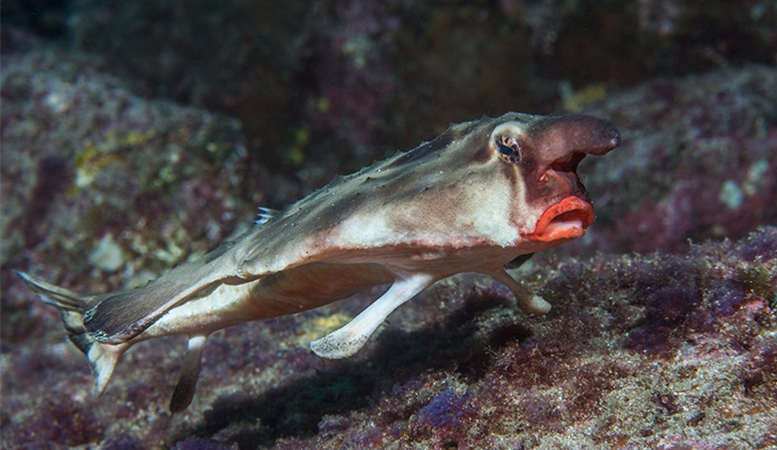 (18) There are no known threats to the fish as of now. They live at the bottom of the ocean and are not easily affected by changes in the oceanographic environment.

(19) There are no known predators for the Red Lipped Batfish till now.

(20) There are many facts about the Red Lipped Batfish which scientist have not made confirmatory statements about. Many of the inferences they have arrived are based on the behavior of other batfishes also.