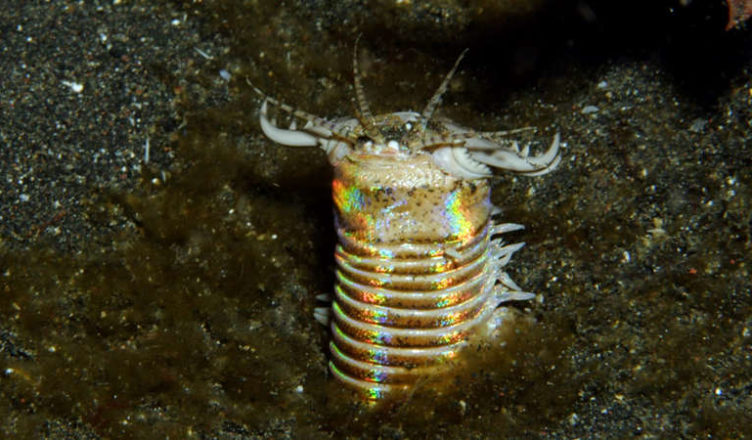 This is one of the most fearsome predators that can be frightening even to look at. If you are its prey, you have no chance of escape from its superfast attack. These ambushing worms can inflict a serious injury on humans too.

(1) Eunice aphroditois or most commonly called the Bobbit Worm is an aggressive predator found buried in the ocean floors.

(2) The name comes from a myth that the female worm cuts of the penis of the male after mating and feeds it to the young ones. This is not true as they have neither penises nor vaginas.


(3) The worm can grow up to a length of almost 10 feet. Most of the long body remains buried in the sand, mud or gravel where it lives. 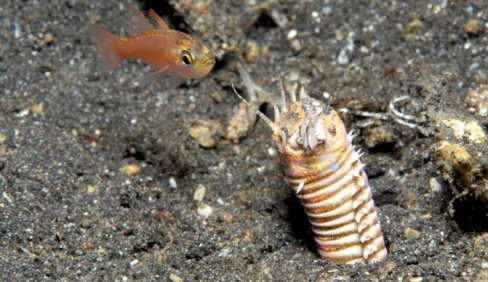 (4) The Bobbit Worm is found mostly in the warmer regions of the earth. They are mostly found in the Indo-Pacific and Atlantic Oceans. The worm is found in depths between 10 meters and 40 meters.

(5) What makes the species special is its aggressiveness and speed with which it catches its prey.


(6) The Bobbit Worm is armed with five antennas which will signal the arrival of a prey or other animals nearby.

(7) It has such sharp teeth and it attacks the prey with such ferocity that the prey is cut in half. Their jaws are of two types. They have a pair of mandibles and 4-6 pairs of maxillae.

(8) The worm itself is covered with stinging bristles. These can inflict permanent numbness to the area that is stung.

(9) It is an ambush predator. It hunts with the pharynx. The pharynx turns inside out to reveal mandibles which are strong and sharp and help in catching the prey.

(10) They inject a narcotic toxin into the prey so that the larger prey can be eaten safely and slowly. These are digested in the gut.

(11) Though they cannot do much harm to humans, you could get badly bruised if it gets any part of you. They are known to attack humans if you get too close. 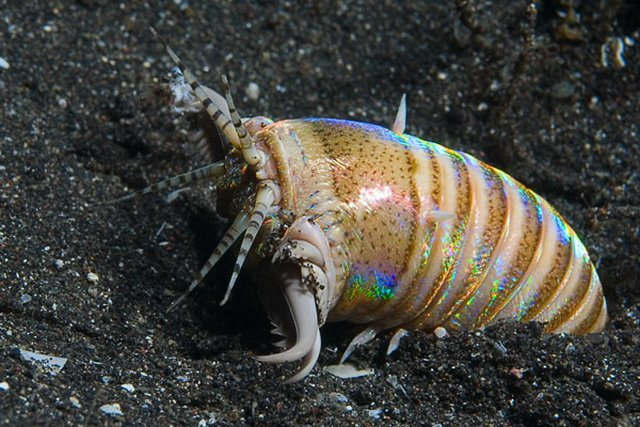 (12) The Bobbit Worm is a nocturnal animal. They hunt by the night.

(13) Scientists are of the opinion that the reproduction starts very early in life. It may start even when the worm is around 100 mm. This gives the worm a lot of time to reproduce considering that it can grow up to 3 m in length.

(14) Scientists are still not clear about how the reproduction takes place in the Bobbit Worm.

(15) Some belonging to the Eunice genera has an interesting transformation during the reproduction.

(17) The worms move in swarms to the surface to release the eggs and sperms which results in mass fertilization.

(18) Not much is known about the lifespan of these organisms. But scientists assume that it must be long considering the size to which these worms grow.

(19) The eyes of the Bobbit Worm are primitive and are of not much use.

(20) There are some occasions when the Bobbit Worm has been spotted in aquariums as they get carried in with coral.