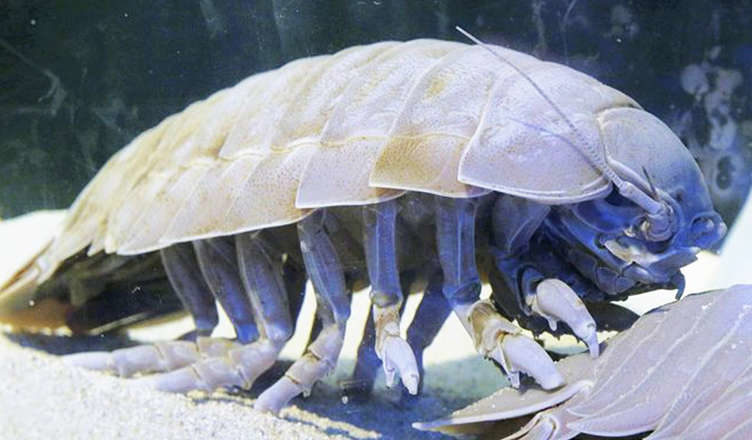 Giant isopod is one of the strangest creatures that found in the deep depth sea. They are not just the strange looking creature but they are also very unique in its characteristics. They found generally in benthic zone of the Southern Ocean. They are really gigantic in look and size but not commercially fished.

They look like the ancient creature, very weird in looks but they are less harmful to the human. They have plates on the back, two sets of jaws, four antennas and some spiny legs. There is really the intimidating sight but concentrate more on searching for their foods. 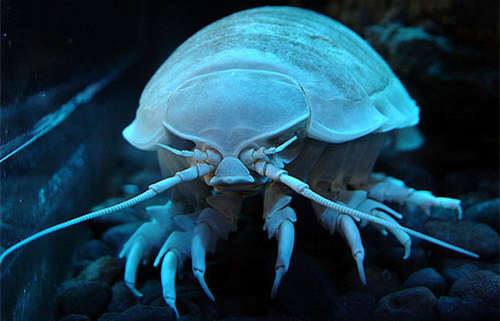 They come up with some unique survival strategies to live at the deep, frozen sea:

(1) They can eat anything that crosses their way, even the dead animals. While they get the food, they eat enough or lots of foods so they store more in the stomach until their next meal session. They can stay without food for a long

(2) They live 2000 feet deep in the ocean and there can be huge scarce of foods, but their slow metabolism helps them to stay fit during long starvation. A slow metabolism can limit their movements of the body and exert their energy only if they find a meal or predators. 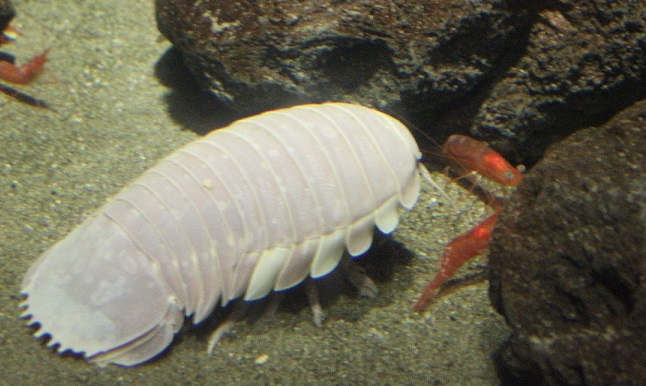 (3) They can swim straightforward and upright like the other sea creators but they can swim upside down also.

(4) They trust only on their powerful antennas as they live in the deep depth of the sea. They also have fixed large compound eyes like the insects that help them to find the right path in the dark environment. 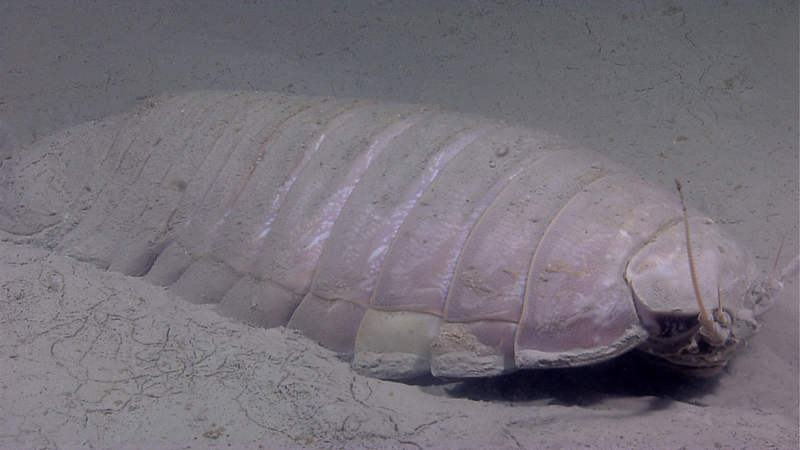 (5) But they have really poor eyesight. But they have a tapetum, at the back of eyes or retina that reflects the light through the retina and create a light or glowing effect. That helps them a lot to find their ways in low light condition.

(6) They also roll up into the strong, tight ball as they face with the predators. This behavior is the same as the pillbugs. They unroll after the predator has moved in its way. They rely always on their sharp teeth like jaws.

(7) They use all their legs only when there is a predator but otherwise, it is really difficult for them to use all the legs at a time. They raise their legs up and try to appear as dangerous and as large they can and that looks can make the predators rethink.

(8) They have the largest eggs among the other marine invertebrates and these are 1.3cm in length. The female isopods come with a large ‘brood pouch”, where they can carry 20 to 30 eggs at a time until these are ready for the hatching process. 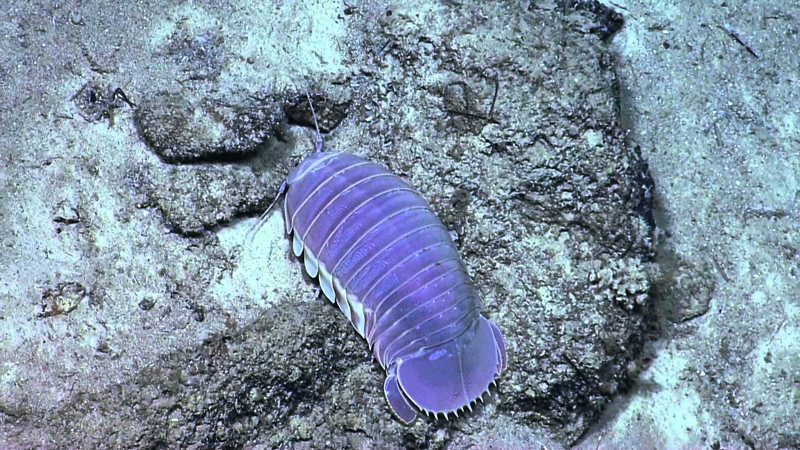 (9) To cut down the chances of threats from any predators, the female isopods bury themselves in the sandy, soft bottoms of the sea.

(10) They keep eyes on the eggs and stay with these always until they are developed completely. They sit for a longer time with the babies and their slow metabolism help them a lot during the session.