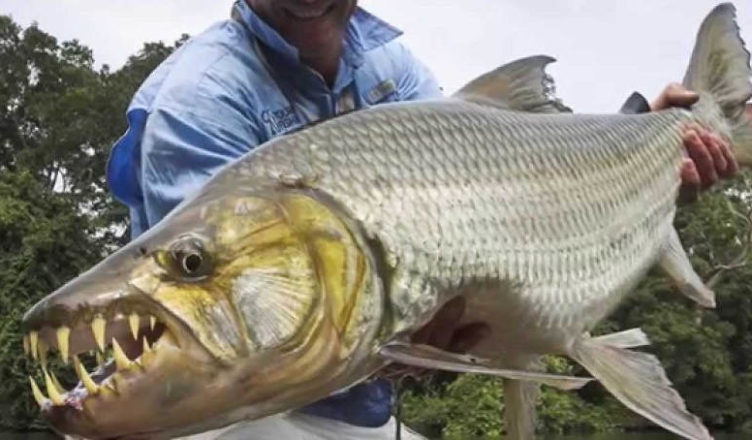 Goliath Tigerfish is originated in the basin of the Congo River, Lualaba River, Lake Tanganyika, and Lake Upemba in Africa. Let us find 20 facts about this fish to know about this creature.

(1) Goliath Tigerfish has a robust body between silver and gray-blue, the back is olive green.

(2) This fish has a silver belly, the fins are red and yellow pointed with black edges at the end. Its head is large, strong and bony jaws as well as its cheeks, in addition to having a large tail, in the form of a fork which moves smoothly.


(3) Both the females and the males are very similar, they have the same color and shape. 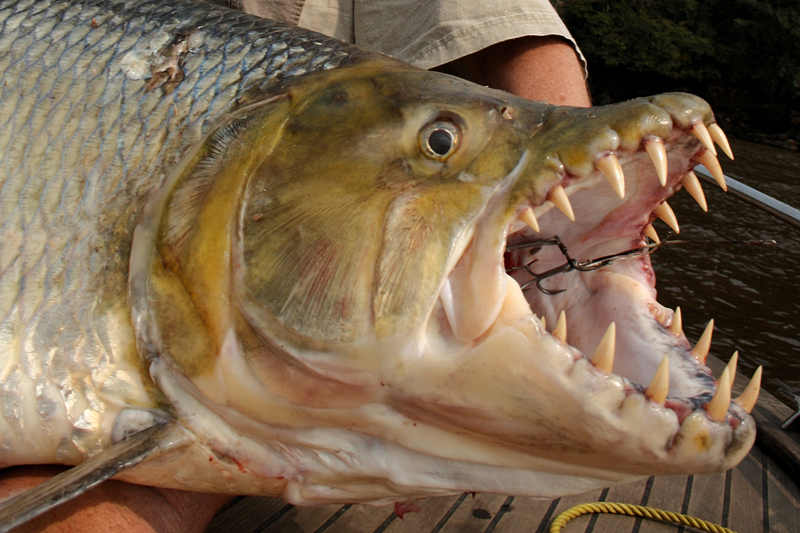 (4) They can be felled only for the size since the males are a little less big than the females, reaching to measure about five hundred different lengths in adulthood.

(5) It is presumed that the origin of the tiger or Goliath fish is due to the different changes that have taken place in the turbulent waters of the Congo River, one of the most abundant rivers in the world of which depths are quite extensive reaching approximately 300 meters.


(6) The Tigerfish is a huge fish with very particular characteristics whose weight ranges between 27 and 28 kilos and a size of approximately 200 centimeters. 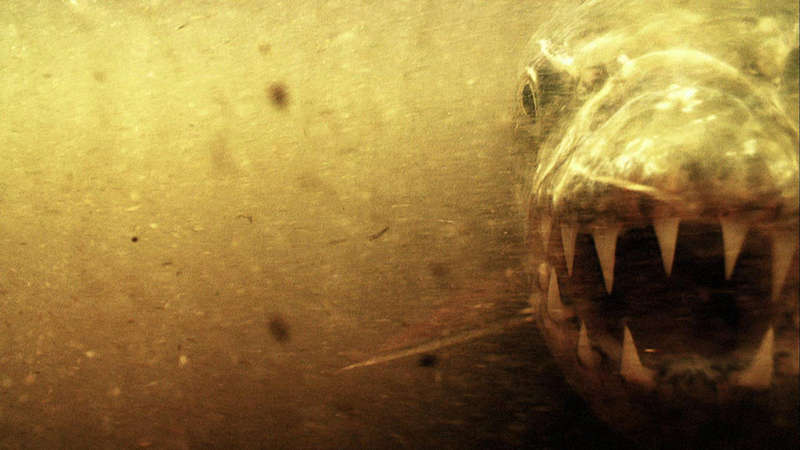 (7) There are records of these fish with a size of almost 2 meters and an approximate weight of 72 kilograms. Its vigorousness and potency make it the strongest among a multitude of African fish.

(9) The Goliath Tigerfish is an extremely fast fish. It is super aggressive and it has a very powerful sight.

(10) This fish can detect its prey in the distance without being seen. In the same way, they are intelligent animals that can swim very close to their prey until they capture it. 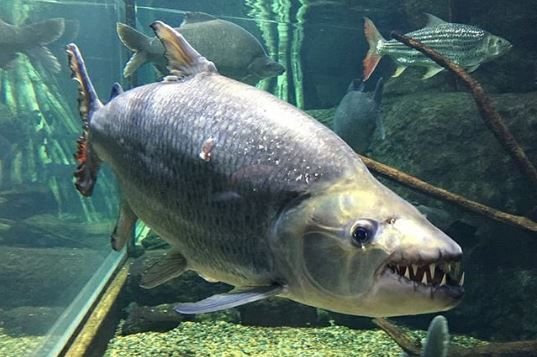 (11) Their strength is remarkable. They even destroy a large catfish in two pieces.

(12) The tigerfish is established in the fast-flowing waters. It takes advantage of this situation to easily subject other fish that do not have the same force to attack and eat them quickly.

(13) The lifetime of this fish is unpredictable. It is known that in captivity have passed the 14 years of useful life.

(14) The Congo River is the second deepest river on Earth. It has depths of 300 meters and this is the house that inhabits the Goliath Tigerfish from where its strength and vigor have emerged. Due to that power, it has been able to develop incredible hunting and survival skills. 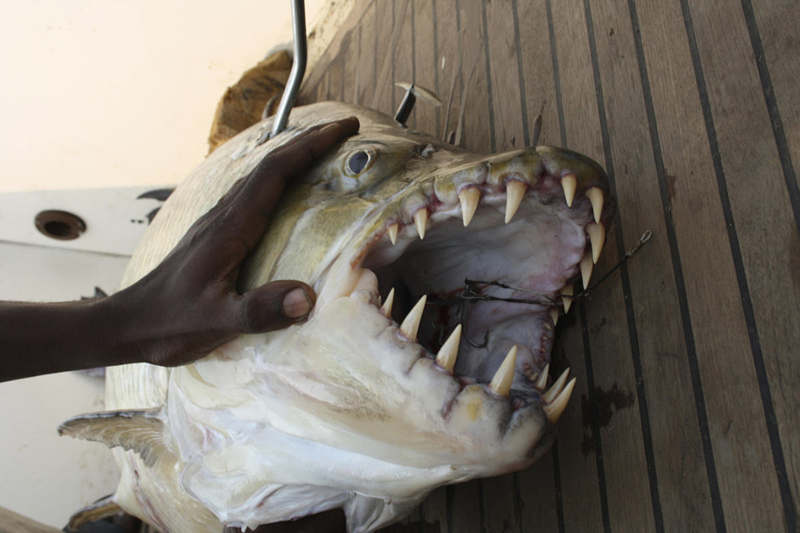 (15) It usually feeds on fish of different sizes. They are carnivorous animals par excellence when it is young, it feeds on crustaceans, plankton, and small insects.

(17) On several occasions, it is seen eating smaller crocodiles. In fact, it is said that it gets to catch the birds that frequent the warm waters of the Congo River.

(18) The Goliath fish is commonly adapted to the different changes that occur in its environment since the water levels are not stable. This goes up and down constantly so this fish must surprisingly look for new strategies to obtain its prey.

(19) Males manage to reach their sexual maturity at three years, they are fish that have a rapid development of light growth.

(20) A female of this species gets to put more than eight hundred ovules, so their fertilization is quite representative.