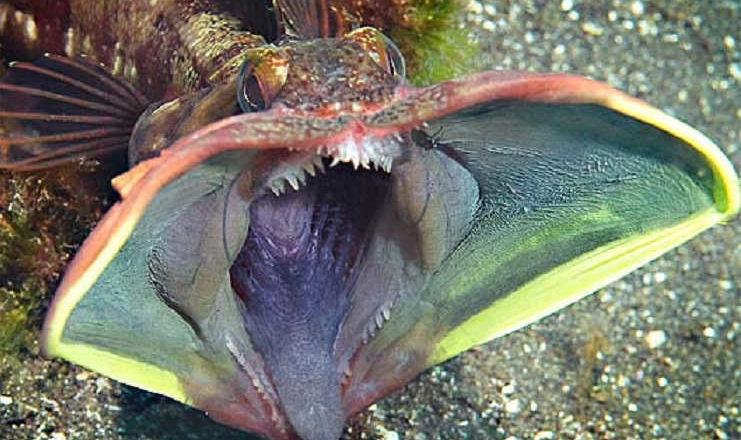 Neoclinus blanchardi or the sarcastic Fringehead is a deadly looking small fish that found generally in Mexico and California. They generally live in the rocky crevices and also in the shell. You will able to see only their heads out from their home. They are very much territorial and you will hardly found them at a glace.

They are very much aggressive in nature but if you only poke them, they will attack you with a largely open mouth. 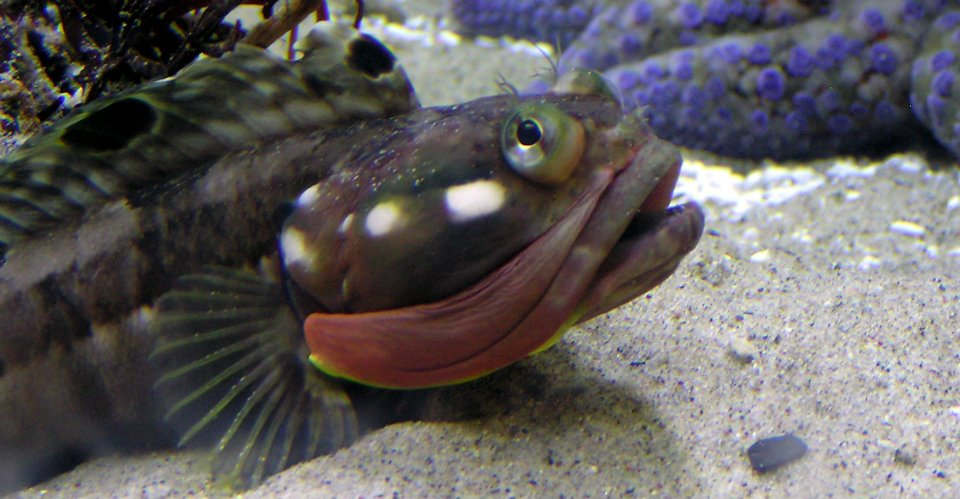 (1) Anything that comes close to their home, they attack with all their power and strength but never give up fighting. They have poor eyesight and this is the key reason that they attack almost everything that threatens them or just look like a Predator for them.

(2) They attack not just the small creators but the animals that larger in size from them, even the humans. 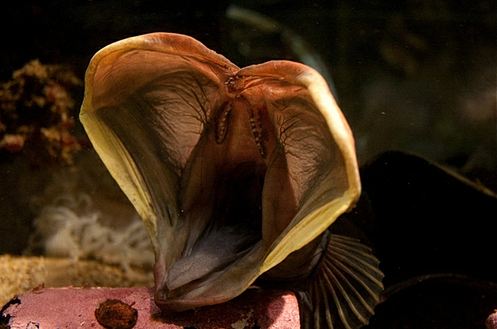 (3) They have a really large mouth that displays their fangs too. When they find any threat, first attack them with a largely open mouth, more like mouth wrestling.

(4) They follow the most unusual ways to settle any type of territorial disputes. This is very much different from the other fish or any other animal from the animal kingdom. 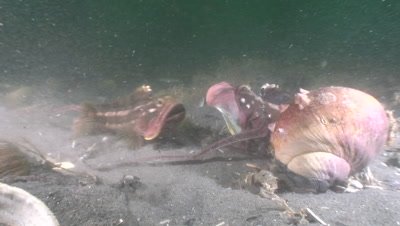 (5) They also go for the mouth wrestling to win their own area. If by any chance one Fringehead enters to their home, they attack and start fighting with another one with largely open mouth and as the rule of their kingdom, the more largely open mouth wins the game of territory.

(6) Their body is more slender, elongate and compressed moderately. They have a long dorsal fin that usually extends from the back of their head to the caudal rounded fin. 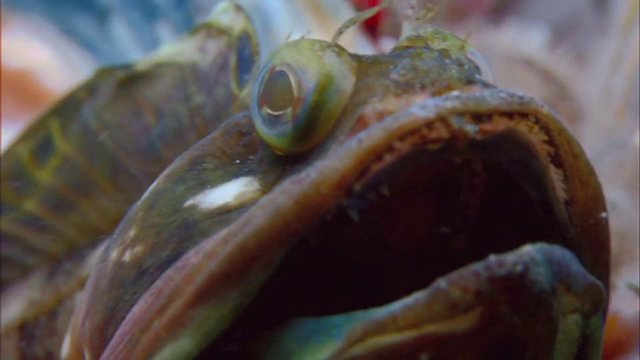 (7) They have a large head with the rounded bluntly snouts and also has prominent lips. They have sharp needle-like teeth and fringe-like wavy appendages that known as cirri on the top of their eyes.

(8) Their body color is grey or brown and sometimes they come with pale or green blotches and red tinge. Male fringeheads are black in color and have a bright yellow jaw. 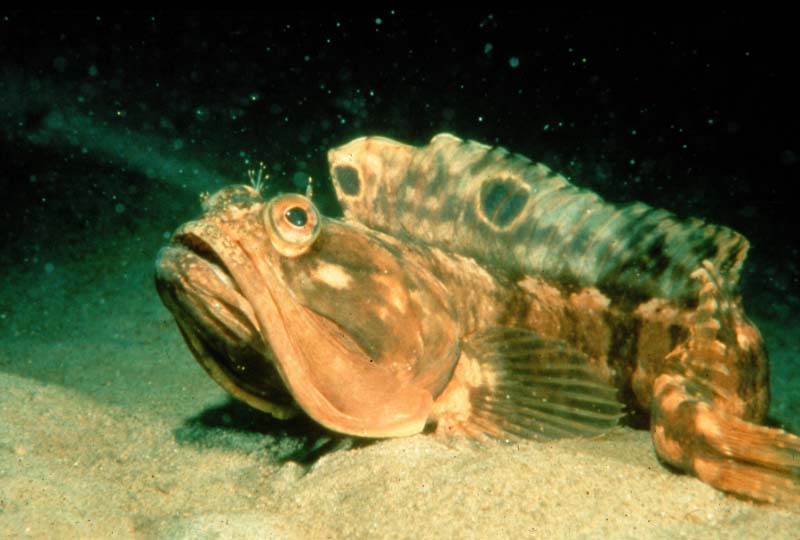 (9) They are actually the ambush predators for their preys. Just jump out surprisingly from their the shelter to get preys by moving or swimming in the water. This is still undercovered that what they actually. There are the fishes like tubeblennis, pike-blennies and flagblennis they feed on the crustaceans.

(10) Their sharp teeth ensure helps them a lot to get the prey smoothly. They are small in size and so their swimming movement is quite complicated. They use different fins combination for their frequent movements. Anal and dorsal fins of the fish are unbroken, strong and long. They use them along with the caudal and pectoral fins to swim smoothly. Most of their swimming movements are darting, rapid and short. They frequently change the direction but very quickly. They never pursue a long swimming movement. They never enter the burrow with the heads but back into the hole because they needed to eliminate the chances of turn around.