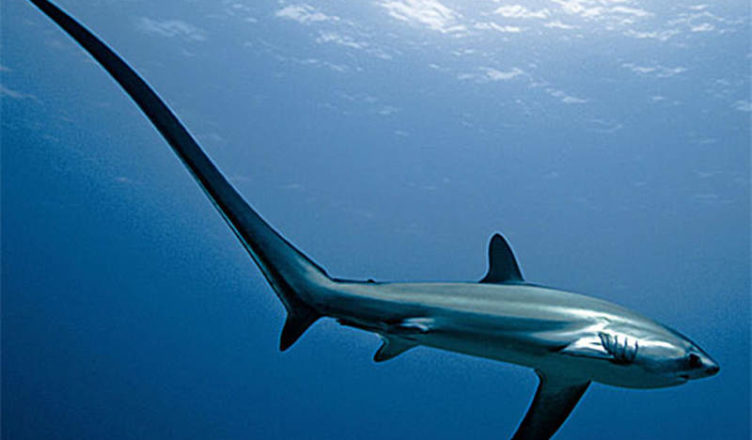 The thresher shark is also called the fox shark; get its name because of long tail. The tail has the same length equal to the complete length of the shark. The shark has many interesting facts to know about it. Here we discuss top 20 facts about the thresher shark that can blow your mind about the sea creatures. Let’s have a look at these Facts.

(1) These are the sharks that really afraid of the humans, yes it’s true, they swim away from the area of sea where they found the presence of humans.

(2) Their known species are pelagic, bigeye, common thresher, and the last extinct species is still undiscovered. 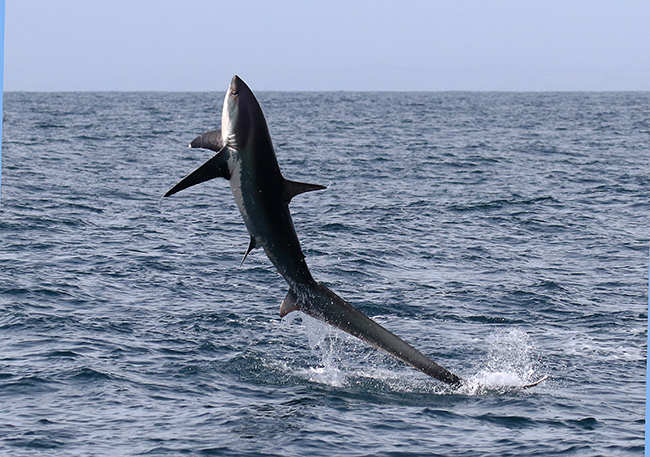 (3) The liver oil of sharks has a great value in the medical field for making a cure for many chronic diseases. This is the main reason for killing these sharks too.

(4) There is an interesting fact related to the friendship of swordfish with the thresher shark. It is believed that they hunt the whales together with planning but there is no proof about this fact. It seems to be impossible for sharks to eat a whale.

(5) They have small dorsal fins and its pectoral fins are in recurved format. 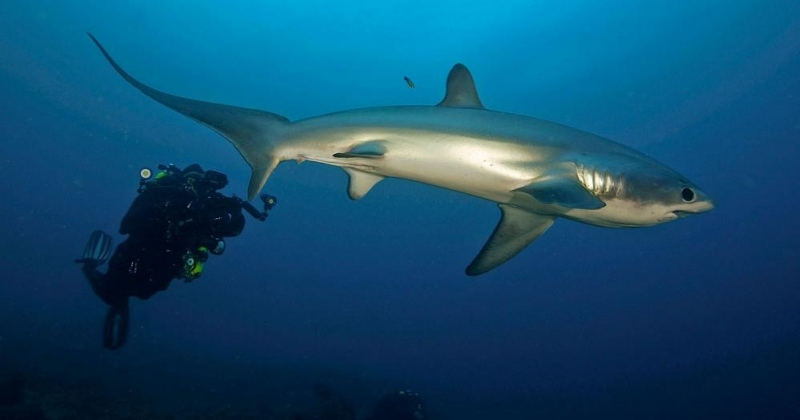 (6) They mostly like cuttlefish, squid and other schooling fishes as its primary meals.

(7) They have the capability to regulate their blood temperature as like the white sharks do. Their other physical appearance properties are also similar to white sharks.

(8) They are really strong swimmers of the sea and can swim with a speed of 48.2kph approximately.

(9) Their blood is 2degree Celsius warmer than the water in which they live. 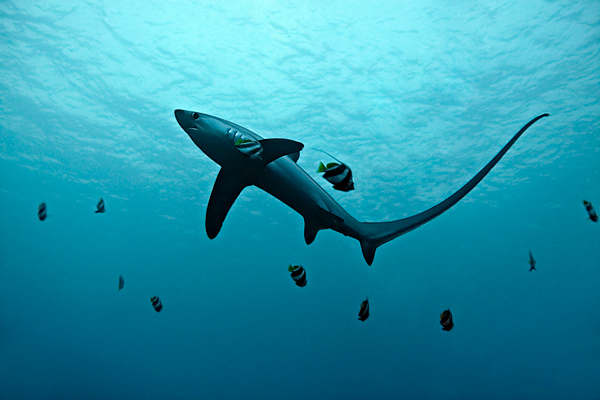 (10) Because of their endothermic features they can swim and hunt at a rapid speed.

(11) Their caudal fin is as long as their whole body length. This length helps them to swim faster and smoother.

(12) They have another jumping feature called breaching that makes them jump out of the water like dolphins.

(13) Its flip is made up of aerobic red muscles that add strength and power to its body. 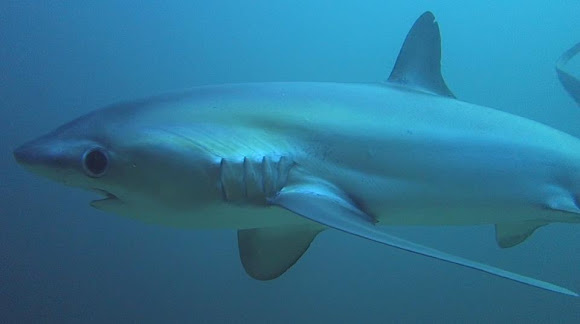 (14) They attack its prey with extreme speed and slap on it with its caudal fin until it goes off and consume it easily by biting continuously.

(15) Its body is shaped like a torpedo that drags the fast flow of water against its body.

(16) They stabilize the proteins of cold water due to their warm blood and use their every single muscle efficiently while swimming. 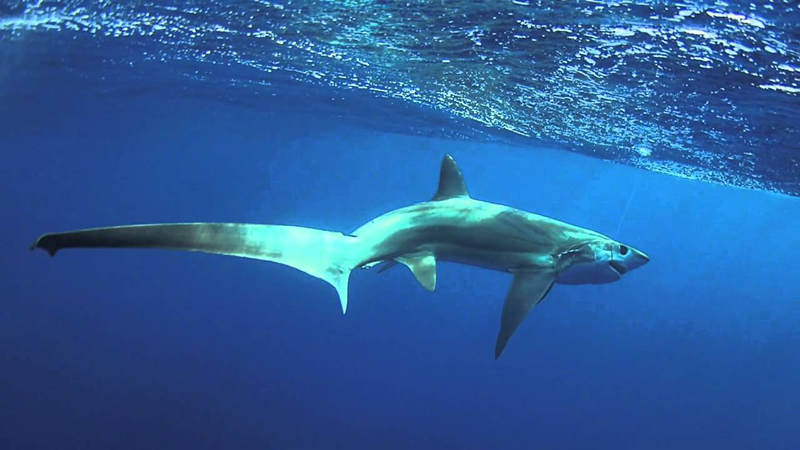 (17) It is believed that it swallows its babies temporarily for saving it from the sea hunters.

(18) It has really a clever mind, which helps it to escape from the hunters by biting the fishing lines.

(19) They can stay alive for 20 years and they get sexual maturity in the age of 14 years in females and 13 years in males.

(20) They live in depth of 500 meters in open oceans. They give birth to 2 or a maximum of 4 little ones in one breeding session.