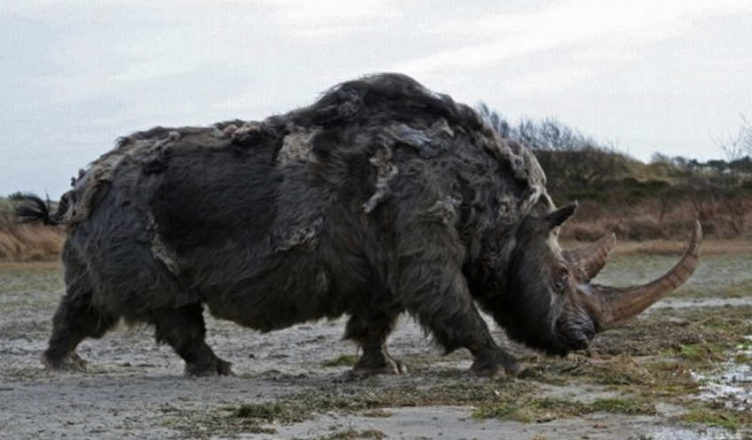 We come to know of the woolly rhino from mummified individuals in Siberia and from the numerous cave paintings of this animal. This closely resembles the modern-day rhino and had two horns. Here are some of the facts which will characterize the extinct animal.

(1) The woolly rhino scientifically called Coelodona antiquitatis once roamed throughout the Palearctic region somewhere between 115,000 and 11,700 years ago.

(2) It had two horns on its forehead, four stocky limbs, and pelage that was suited for the cold climate of the region.


(3) The woolly rhino used the horns for defense as well as for attracting mates.

(4) The rhino’s entire body was covered with a thick coat of hair consisting of two types. There was thin dense undercoat covered by long rigid covering hair.

(5) The woolly rhino typically measured about 3 – 4 m in length and weighed around 2000 kg in weight. It achieved a height of about 2 m.

(6) The woolly rhino’s habitat expanded and contracted depending on the spread of cold regions. It is believed to have co-existed with the woolly mammoth and other giant animals of the period. 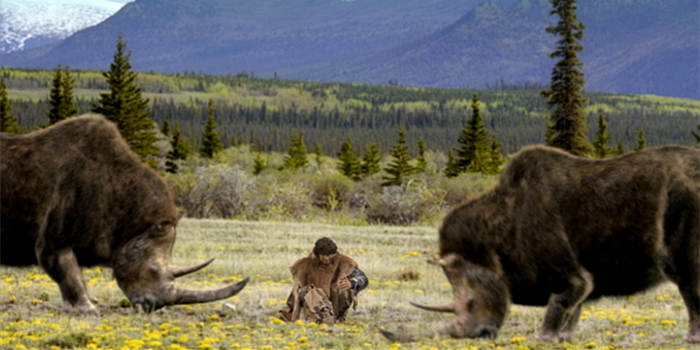 (7) One of the oldest fossils was found in the cold Tibetan region putting forth the theory that they migrated to colder regions.

(8) The woolly rhino probably was the only rhino, existing or alive, which lived in such a large area.

(9) The woolly rhino is known to have lived either alone or in small family groups much like their recent relatives.

(10) It is concluded from the evidence that the woolly rhino lived up to 30 or more years. 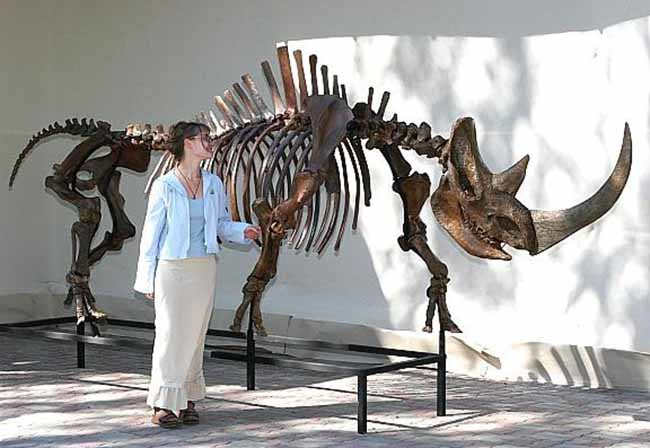 (11) Though there is a dispute about whether it fed on grass and low vegetation or also on taller plants. However, the evidence is strong to support it to be a grass-eating animal.

(12) Evidence shows that the woolly rhino ate a large amount of grass which was high on cellulose but low on protein. Its stomach showed that it ate huge amounts of food.

(13) It had a thick front lip maybe aiding it to pull out grass from beneath the snow.

(14) There are no incisors in either the lower or upper jaws of the woolly rhino suggesting that it may have had keratinous pads. 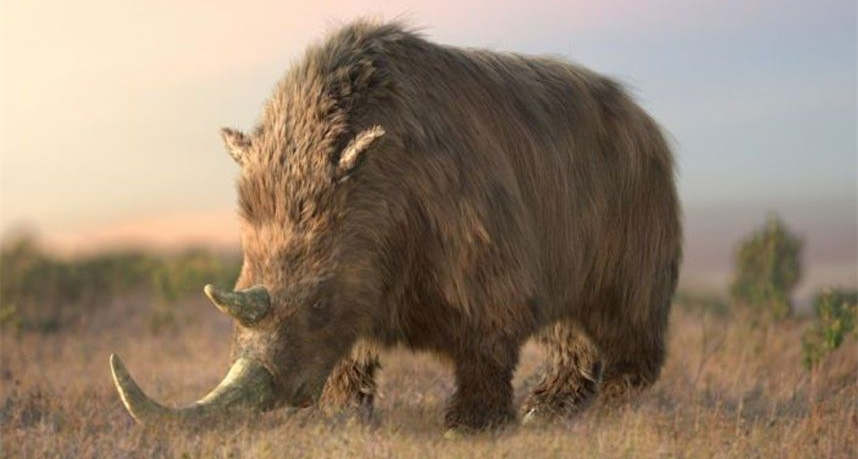 (15) There are many theories regarding how it became extinct. Hunting is cited as the most common cause.

(16) Many paintings on cave walls give strength to the theory of too much hunting of this woolly giant.

(17) Scientists believe that climate change would not have caused the extinction as it has been seen surviving in a warmer climate.

(18) The woolly rhino is the last and most evolved of the rhinos of the Pleistocene epoch – the epoch before the present one.

(19) Every woolly rhino is believed to have only given birth to one calf at a time.

(20) Some features like the band of dark pigmentation around the middles are not common to woolly rhinos everywhere as paintings show. There could have been a change in appearance in the animals in different regions.