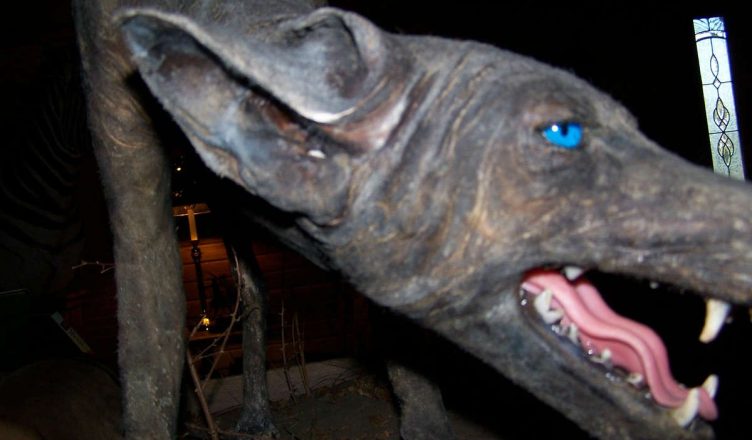 It is still believed that in the dark amidst night many creepy creatures still come from their den. Chupacabra is one of those mythical monster creatures, mostly famous in the parts of America’s Puerto Rico. Several sightings reported that the legendary creature of folklore is still very much there and comes out from its shelter to prey for blood of other animals.

(1) Chupacabra means blood sucker of goats. That name was derived from the several reports of the habit of blood shedding of that animal. Chupacabra mostly attacks goats and sucks its fresh blood.


(2) Eyewitnesses have claimed many times the sighting of that horrible creature in Puerto Rico. Based on their experience they depict that it is a heavy creature. That bear typed animal has a long tail and sharp teeth. Like stegosaurus a row of spines comes from its spine from neck to the tail.

Facts based on the sightings and experience of eyewitnesses

(3) Early in the year 1995 in Puerto Rico it was found that many goats were dead on various farms. Signs of much blood loss and attacks were very much clear on the corpses of those goats. Some people noticed that at night a heavy creature with horrible physicality was seen there with blood on its mouth.

(4) In July 2004 hairless dog-like creature was noticed roaming carelessly. Carcasses of goats were found there. That animal was trapped by a farmer and it was described as that creature had a resemblance with a mix of hairless dog and kangaroo with large spinal bones coming out of its body. Reports described it was may be a Chupacabra.

(5) In April 2006 a report was published of spotting a Chupacabra in Russia. Along with it came the horrified sight of dead bodies of sheep which were killed brutally and the blood of them sucked by any creature. Eyewitnesses claimed that it was happened by Chupacabra. 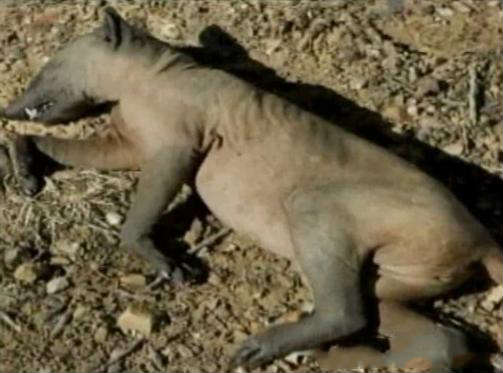 (6) Middle of August 2016 a body of Chupacabra was found on a road. Photographs were taken which shows the horrific creature that was unidentified and scary. In that body of that creature, there were no fur and it had long canine teeth with an armored tail consisting of spinal bones.

(7) A bipedal vampire like creature resembling a canine with and a spiky back was found in Texas. It looked like a hair less dog with a body like a kangaroo.

(8) News was also published that the government wanted to suppress the news of attacks of Chupacabra to prevent panic. They wanted to cover up the truth.

(9) Some eyewitnesses also claimed that the creature had the power to hypnotize its prey. So they can suck the blood easily.

(10) Reports also claimed that it might be a large vampire with a spiky tail which mostly attacks the goats to suck blood.

(11) Chupacabra likes to puncture the neck of the goats to drain out the blood and to suck easily from them. Many corpses of goats were found with that particular wound. 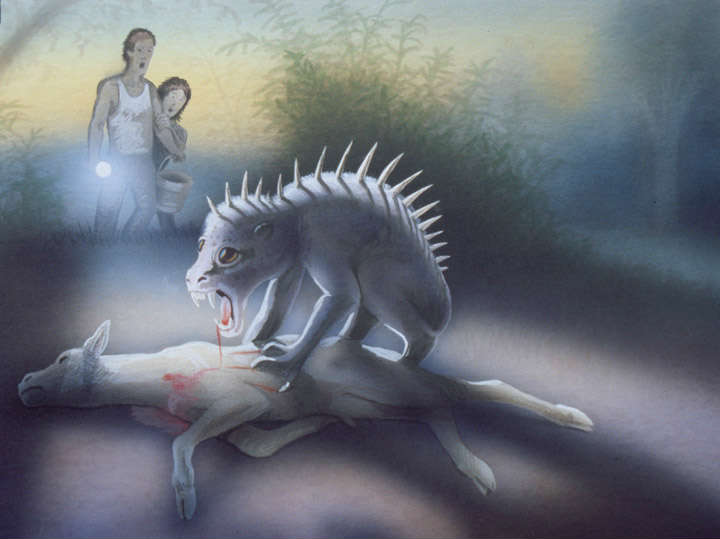 (12) Some crypto zoologist also believed that Chupacabra might be an alien monster with vampire nature to kill and suck the blood of other animals.

(13) An animal control officer claimed that he had shot a Chupacabra in Texas. A second creature resembling with Chupacabra was also spotted there miles away from Hood Country of Texas.

(14) On July 2011several news come to the media about noticing Chupacabra there.

(15) The Mississippi department of wildlife claimed that in “coon hunting” a strange creature like Chupacabra was shot dead. It was a long dog type creature with spiky bones on its back.

(16) A Texan couple informed the media about the killing of Chupacabra; a wildlife biologist also confirmed the news that he also noticed that thing.

(17) Many eyewitnesses in Puerto Rico have claimed many times that they have seen the horrible creature in various parts of the nation.

(18) Apart from America, it was claimed that in south Chile, some parts of Russia and Philippines also it was found. 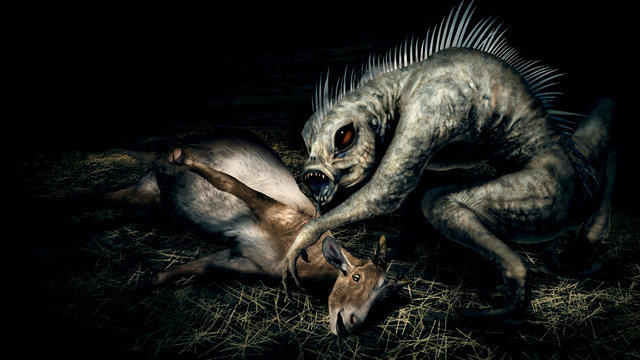 (19) People who have cattle in their farms still believe that Chupacabra can affect those cattle, so they try to keep caution to save them.

The mysterious monster’s findings are claimed hugely worldwide, though it is a mystery till date.