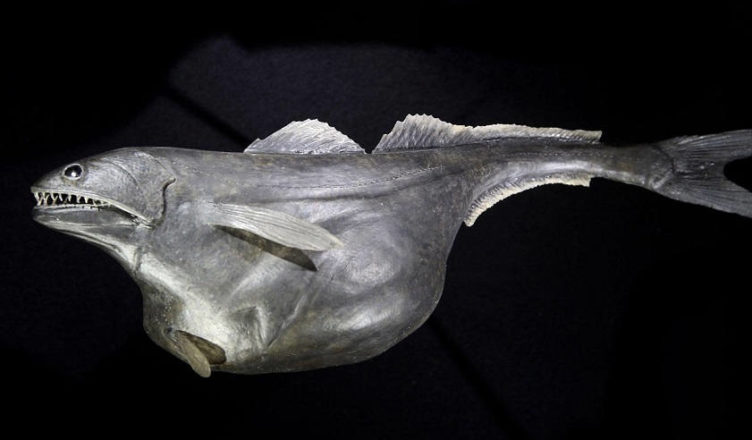 It is difficult to believe that a small creature can eat larger ones than itself but it’s true for the black swallower. It is a fish from deep sea creature category, which can swallow even bigger prey than her own size. The black swallower is another fish which is known for its rare qualities. Its distinct features make its special among the other fishes of the deep-sea section. Here we discuss the 20 facts related to black swallower that helps to know this creature in a better way.

(1) It is from the species of deep-sea creatures and also called the Chiasmodon Niger.

(2) The fish has a compressed and elongated body with a long head and a snout. 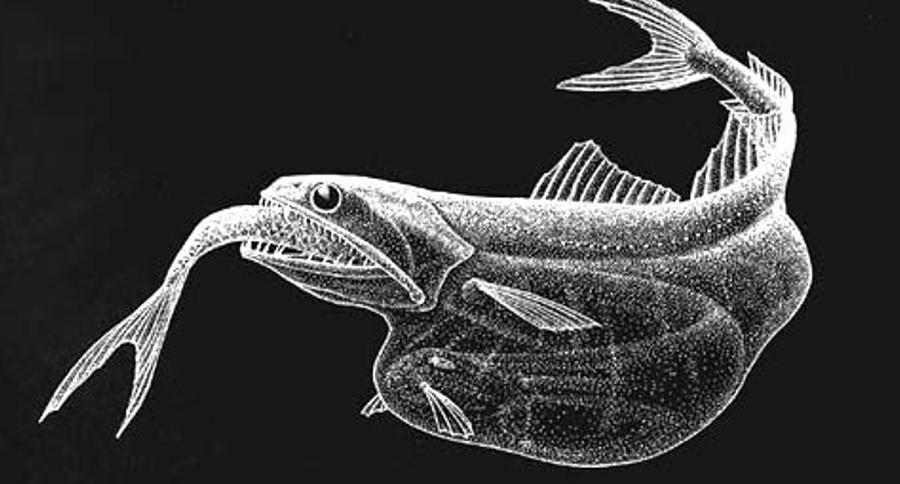 (3) It has a maximum size of 9.8 inches and has a brownish-black color and moderate eyes.

(4) The fish is mostly found in the areas of Atlantic oceans as most of its species are there.

(5) It has no scales on its body and its mouth is large to grab bigger animals as its prey.


(6) The swallower has really sharp teeth and its lower jaw is extended above the upper one. All the teeth are lined up in a single row in both the jaws and make an interlock after the closure of its mouth. 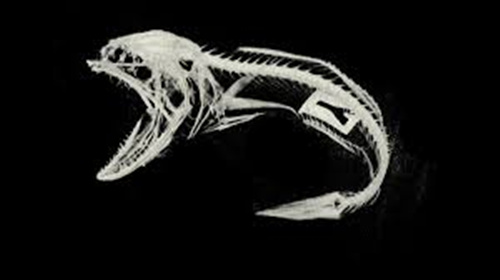 (7) The starting 3 teeth are larger and pointed out like the canines of a mammal.

(8) The fish has strong spines in its body and the preoperculum contain its lower spine.

(9) Swallower has long pectoral fins that have 15 rays and pelvic fins are smaller with only 5 rays in it. 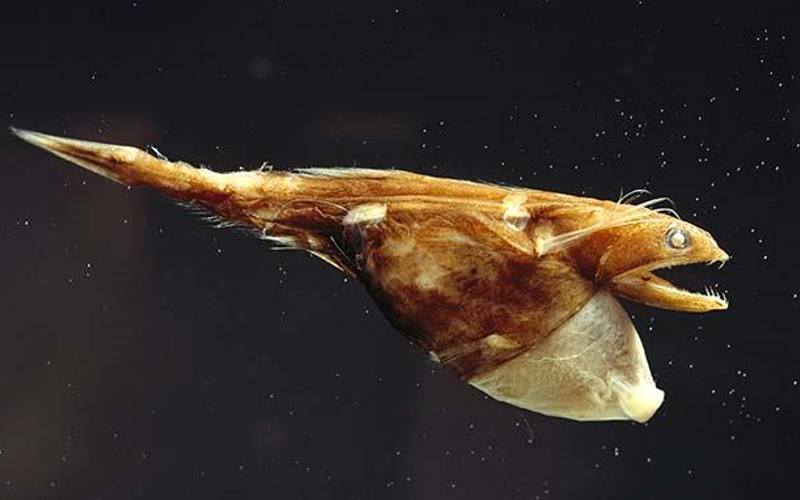 (12) It has continuous lateral lines with 2 pores on each segment of its body.

(13) It likes bony fishes which can be swallowed easily even when they are bigger.

(14) The fish’s stomach is made up of distensible material that helps it to eat ten times more mass than its own size, and double of its length. 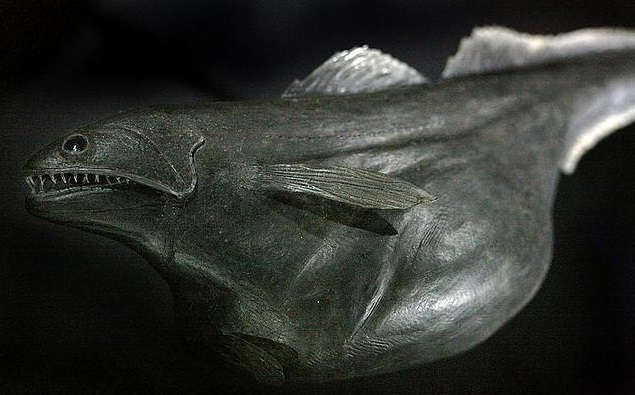 (15) The flexibility of its jaw is because of the articulation of its lower jaw & skull with the help of suspensorium. It makes the jaw to swing in more depth to eat a bigger piece of mass or a complete fish in one grab.

(16) It eats its prey from its tail side so that it can be swallowed from the thinner side easily.

(17) The strong jaws are pointed over the prey and never let it go until it eats the animal completely, and get it into its stomach. It dies when trying to eat more than its capacity. 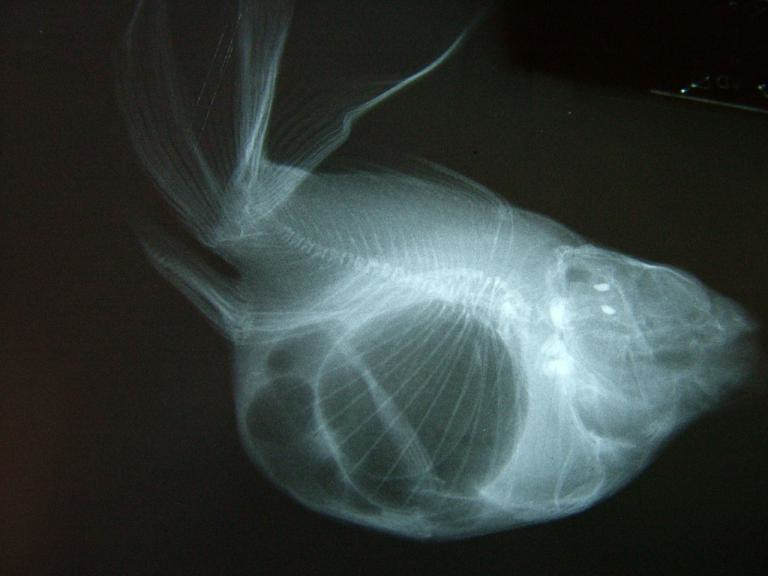 (18) It lays eggs in the areas of South Africa, mostly during the April or August months.

(20) The larva of fish is distributed along with the eggs that are distributed from the dark patches and it is covered with projecting spinules.