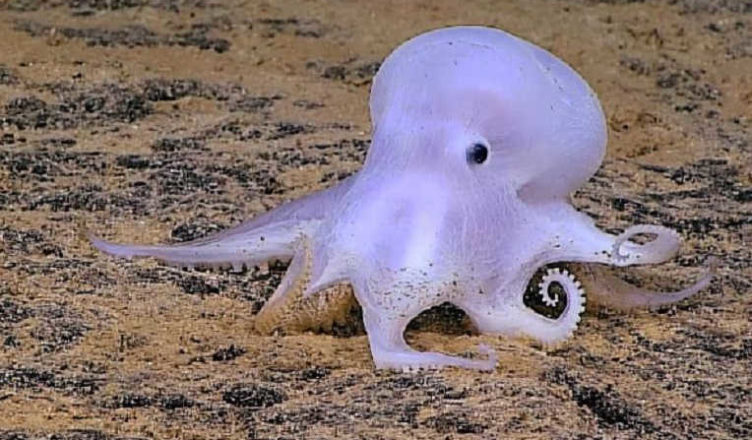 Dumbo octopus is a specific type of octopus that got the name after the famous character of Disney Dumbo, an elephant. This octopus has got the name due to its large ear-like fins. There are nearly 37 several types of spices of this. This is an odd looking animal that may found in almost all the oceans of the world. They are not much known and can be seen rarely as they live in the deep depth of the sea. They found generally in the 1300 to 1300 meter feet deep sea. But they are not the dangerous one and not harmful. 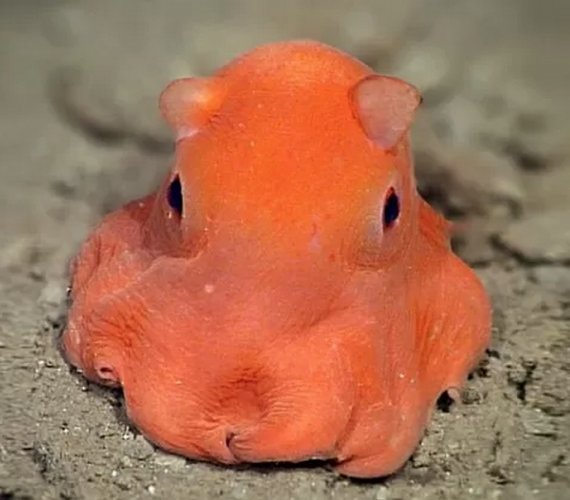 Some facts to know the creature:


(1) Most of the spices of the Dumbo are very much small. In length, they are nearly 8 inches.

(2) The largest specimen of dumbo octopi has recorded ever with 13 pounds of weight and 6 feet length.

(3) They have a head-shaped soft body and 8 arms. They connect with each other through the thin skin flaps. They have two ear-like fins, located at the two sides of their heads. 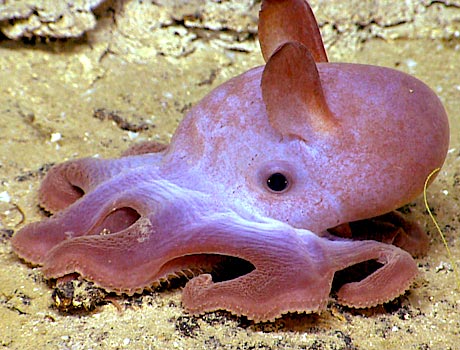 (4) Their sucker is the only way to determine female or male dumbo octopi.

(5) Male octopi come with the long sucker and the also two tentacles. These things play a major role in the time of mating.

(6) Their body color can be green, orange or red.

(7) They have flippers and arms to swim. Arms of the octopi come with the harpoon-like small barbs that designed specially to hold their prey. 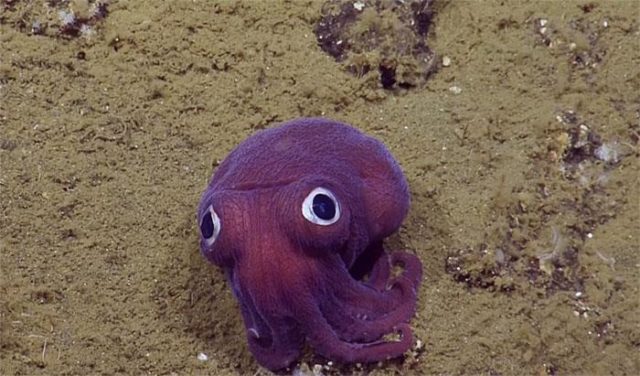 (8) They can swim easily by fin flapping or by expanding and contracting the arms. They also swim by driving seawater from their funnel.

(9) They can use all such techniques all together at a time or separately to swim.

(10) To escape from its predators they can go for faster swimming by releasing funnel water/ this is another unique feature of the creatures.

(11) They spend most of their lifetime in the deep sea level so they have very fewer. 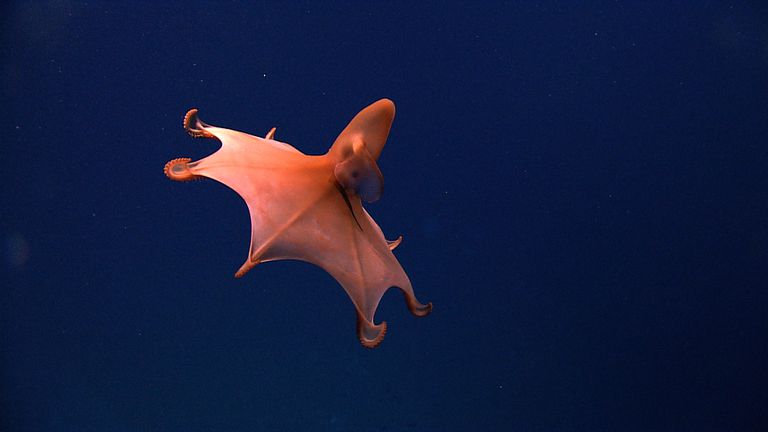 (12) Killer whales and the sharks are the major predators of them.

(13) They generally eat several types of bivalve, crustaceans on the bottom of the sea and also the copepods.

(14) They catch their prey as they swim near them or near the surface of the sea water.

(15) They prefer to have small sized preys because they love to swallow it whole.

(16) They don’t have any specific mating season but can deposit eggs at any season or through the entire year.

(17) Male octopus ha a big segment of their arms that delivers the sperm packages to the body of female ones.

(18) Female ones can store the eggs in several development stages and they are fertilized inside the body of the female dumbo. After reaching the final maturity, they release the eggs and place them under the shells or rocks.

(19) But female dumbo octopus does not need to take care of their children but the can survive better on their inner capacity as they born as a large and properly developed dumbo.