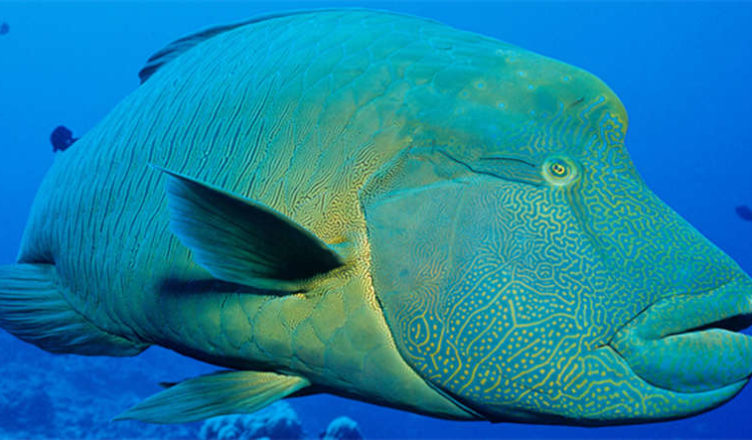 This giant of the ocean lives almost as long as we humans do. They live mostly lonely and undergo an automatic sex change during its lifetime. It is in our hands to ensure that these giants live on in this world.

(1) The Humphead Wrasse is an enormous fish scientifically named Cheilinus undulatus. They are also known as Maori Wrasse, Napoleon Wrasse, and Napoleon Fish.

(2) This species of fish is usually found in the east coast of Africa, the Red Sea, the Indian Ocean, and the Pacifica Ocean. 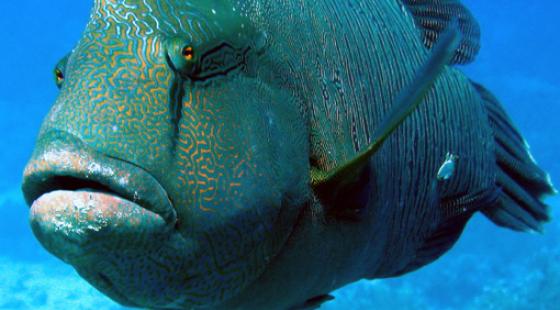 (4) The fish is very large and grows up to 2 meters. The males are larger than the females. They can weigh up to 180 kg. They can live up to 30 years.

(5) The Humphead Wrasse can be easily recognized by its large hump that appears on the forehead of the adult fish, that is the reason for its name.


(6) The fish is large and has thick lips. There are two black lines behind the eyes. The color of the fish varies between dull blue-green and bright shades of purplish-blue and green. 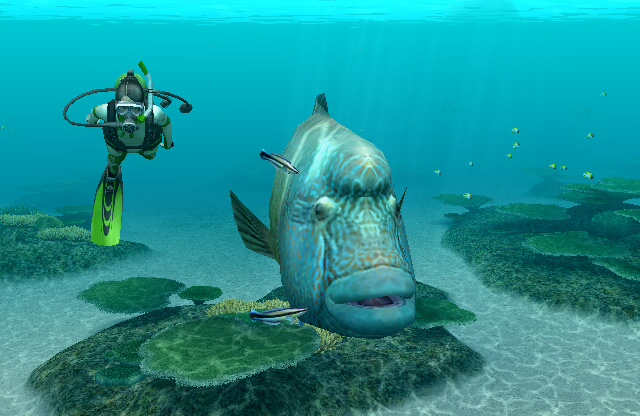 (7) The Humphead Wrasse usually lives a lonely life. Occasionally they can be seen moving in groups.

(9) The Wrasse is a protogynous hermaphrodite which means that the fish changes from being female to males at some point in time.

(10) The timing of the sex change differs from individual to individual. What triggers the change is still not known. 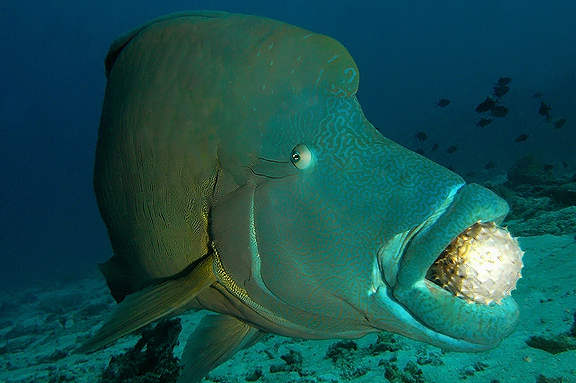 (11) The Humphead Wrasse adults move away a little to form spawning groups. These happen at certain times of the year. But they don’t form the aggregations very far away.

(12) The fish is an opportunistic predator. They feed on mollusks, echinoids, crustaceans, annelids, and As most of the echinoids live buried in the sand the Humphead mostly depends on the stingrays to excavate the sand.

(13) They are often seen carrying the sea urchins to a rock by holding in them in their mouth. They then strike the echinoids against the rock by moving their head and breaking them open. 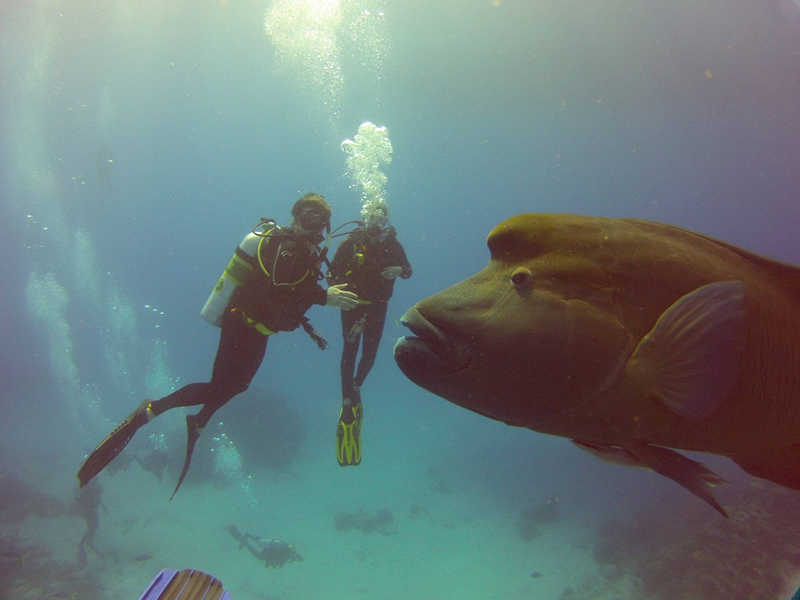 (14) The Humphead Wrasse is very important for the health of the coral reef. They feed on the crown-of-thorn starfish which are reef predators and are destroying the coral reef.

(15) The Wrasse is listed as an endangered species due to its fast decline in number. There are multiple reasons for this decline.

(16) It is one of the fishes that is caught regularly for food by the live reef fish traders. This fish is considered a delicacy in many of the South East Asian nations. 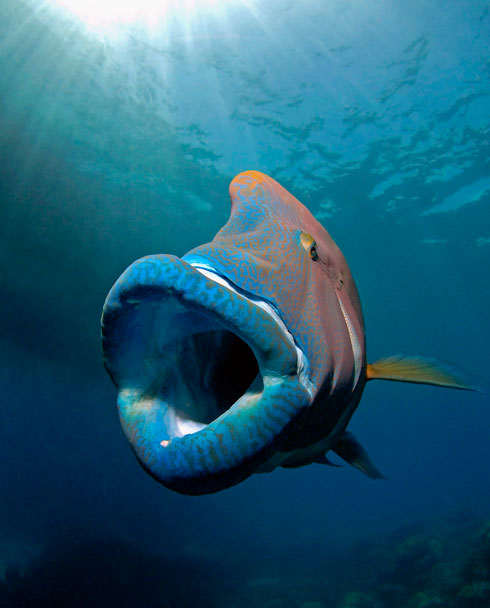 (17) Despite a ban on exports the fish is being caught illegally, unreported fishing and export that is taking place.

(18) Another danger is the export of juvenile Humpheads for use in aquariums.

(19) The Humphead Wrasse is considered to be an umbrella species and protection of this will help in protecting other species.

(20) Efforts are on to evaluate the genomes of the species to keep it alive.