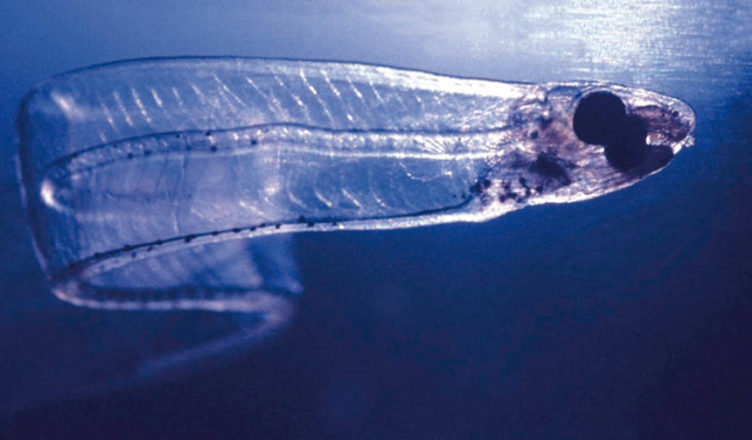 Among the many animals that are strange and rare, the Leptocephalus occupies a unique for being the larvae of a group of eels which was earlier considered to be a separate species of eel. Unlike most other larvae, the Leptocephalus grows big and has a very long larval stage.

(1) Leptocephalus is the name given to the larvae of many of the common eel varieties and other creatures of the super-order Elopomorph including the common eels like Conger, Moray Eel and Garden Eel. The name means “slim head”.

(2) This was earlier considered to be a separate species before being recognized as the larvae of these eels. They are believed to have been in existence for over 140 million years. 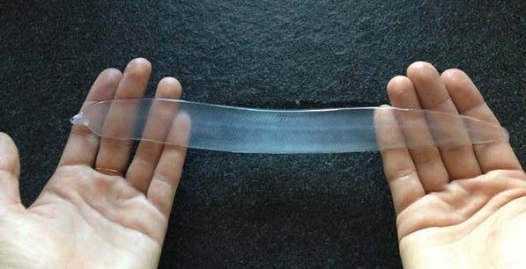 (4) There are some species of eels that lay eggs far away from their homes. The Leptocephali of these eels use the ocean current to move back to the continent where the parents came from, before metamorphizing into adults.

(5) The Leptocephali of certain species of European eels migrate through the North Atlantic Ocean, taking anywhere between 1.5 to 2.5 years to complete the journey. 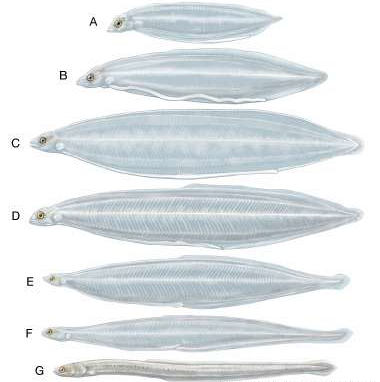 (6) Leptocephalus metamorphizes into one stage after other. They turn into Glass Eels which are transparent, then into Elvers which start to gain pigmentation and then Juvenile Eels which are also known as yellow eels.

(7) Before they metamorphize into the next stage of glass eels, they travel from the ocean to the intertidal region.

(8) They have flat bodies with a thin layer of muscles and small organs which make them appear transparent. 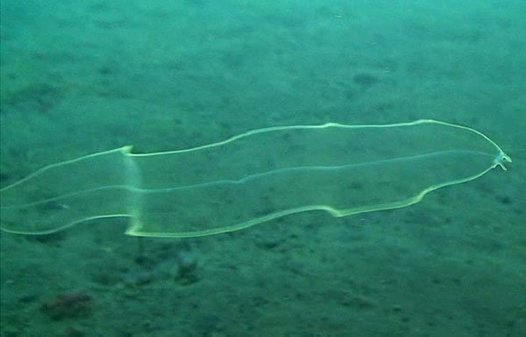 (10) What makes them different from other larvae is that they grow much bigger and have a longer larval period of around three months to one year.

(11) They don’t have red blood cells till they start metamorphizing into the glass eel stage.

(12) They don’t seem to eat zooplanktons like other fish larvae do. They seem to live on the floating particles on sea known as marine snow. 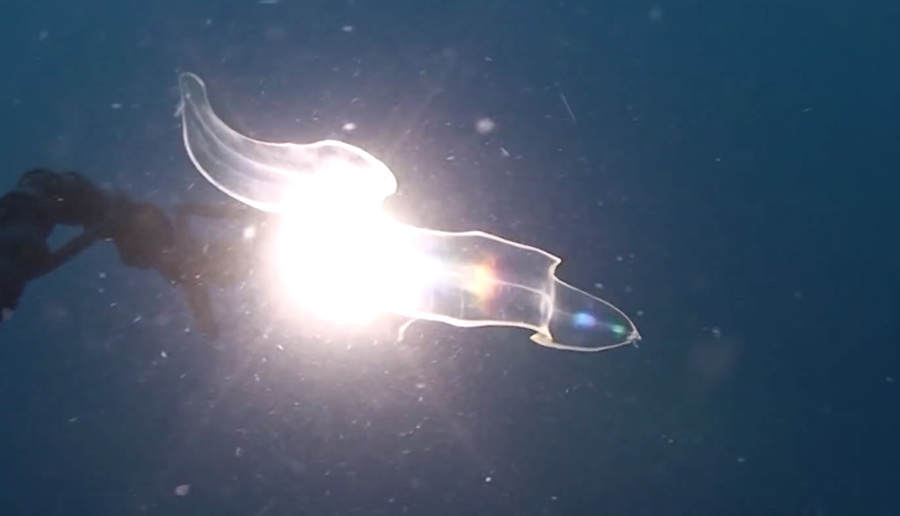 (13) They seem to prefer darkness as they live deeper during the day and at around 100 mts deep during the night.

(14) Another specialty of Leptocephali is that they are found almost all over the world. They occur in all climates of the world.

(15) There is a stage before the Leptocephalus stage and after the egg stage when it feeds solely on the egg yolk. The larvae continue to grow even after it stops feeding on egg yolk.

(16) The Leptocephalus larvae have long pointed teeth at first which turn into short teeth with an increase in the number of teeth.

(17) Some family of the Leptocephalus have telescopic eyes with a tube and a spherical lens on top of it.

(18) The Leptocephalus are still not fully understood as they don’t feed on planktons. This makes it difficult for them to be caught in the plankton nets for scientists to study them.

(19) The Leptocephali are as used as foods in some countries like Japan. They are served raw. The Japanese eat them after dipping in Tosazu mixes with vinegar.

(20) Leptocephali is harmful to humans. It can be accidentally consumed along with drinking water and can cause health problems. It is better to always boil the tap water before drinking.